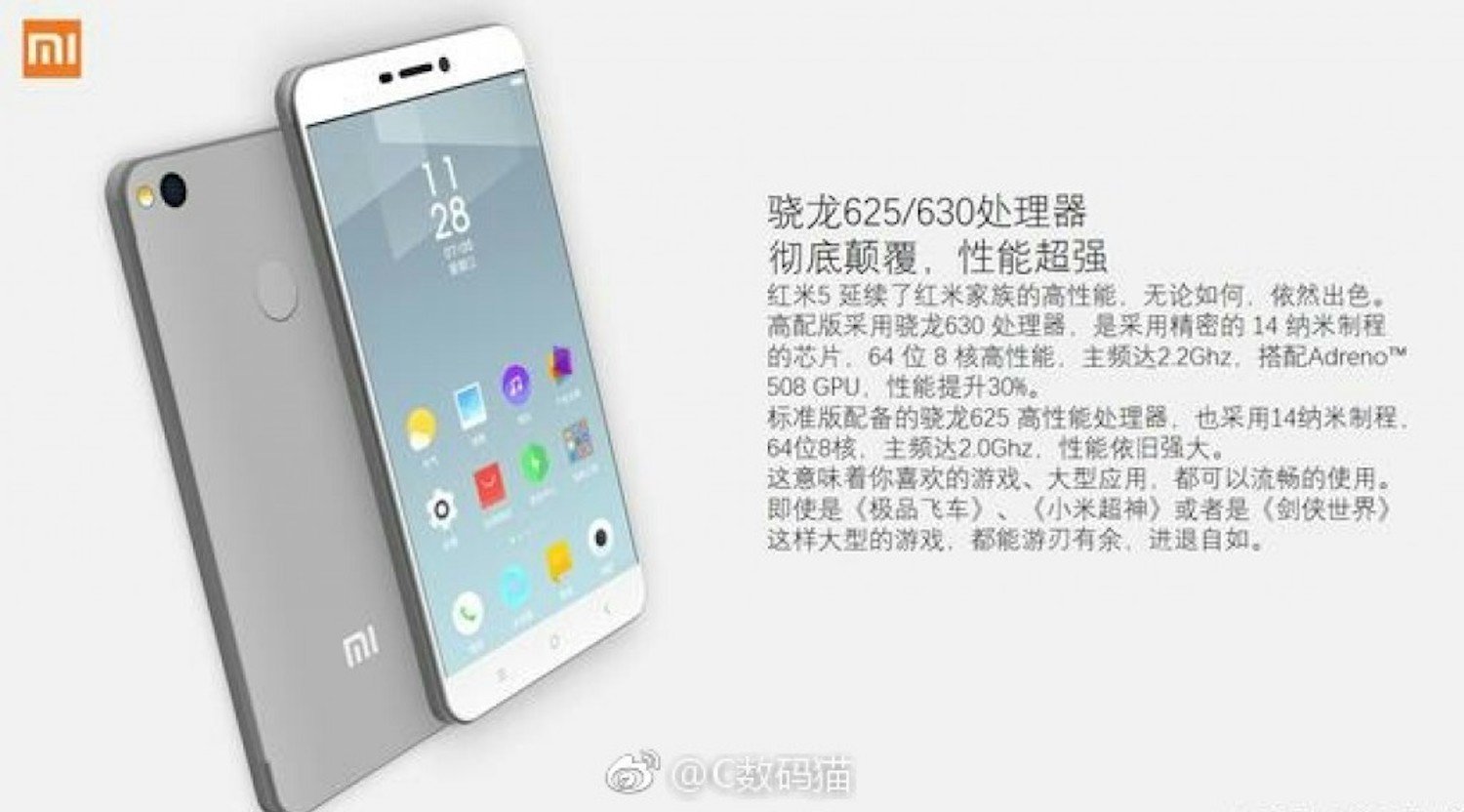 A leak of the Xiaomi Redmi 5 has just been outed and yes, it does show its features and also its hardware. The Redmi line is the affordable smartphones series of Xiaomi and the Redmi 5 doesn’t look like that it will disappoint when it comes to specs because the Xiaomi Redmi 5 reportedly will rock a Qualcomm Snapdragon 625 or Snapdragon 630 processor. The smartphone has decent specs, however, I would highly recommend getting the Qualcomm Snapdragon 630 variant as that one has a newer and better processor compared to the Snapdragon 625 which was a great processor in 2016.

There were no announced dates for the release of the Xiaomi Redmi 5, however, the prices of the smartphone have been leaked too.

We’re not even sure if the Xiaomi Redmi 5 will arrive in the Philippines soon but I the expect the smartphone will be available in grey market once it is released in China.