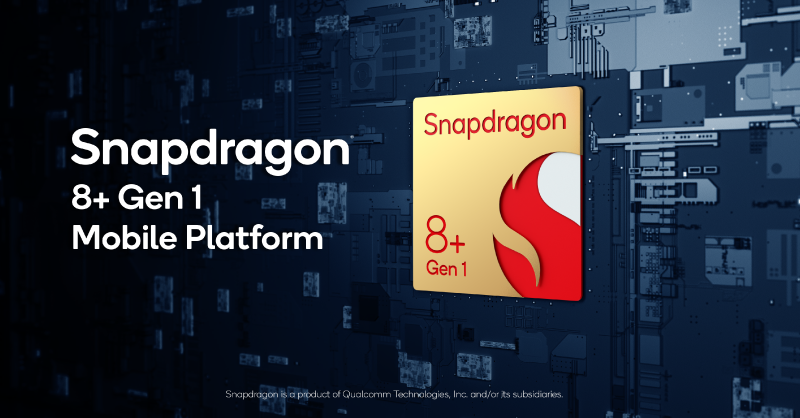 Qualcomm has just announced the Snapdragon 8+ Gen 1. As expected, it brings more improvements from the previous generation including better performance and of course, better efficiency with its new clock speeds and this time, the fabs are now processed in TSMC rather than Samsung but still belongs in the 4nm process. The Qualcomm Snapdragon 8+ Gen 1 brought 10% faster performance with its up to 3.2GHz peak CPU speeds and 10% faster GPU clock speeds but despite that, Qualcomm managed to reduce the power usage by 30% and the AI engine has improve by up to 20%. Qualcomm has also mentioned that the overall power efficiency on the SOC has improved by 15%.

Qualcomm promises that the devices with this processor will be available this Q3 2022 including products from ASUS ROG, Black Shark, HONOR, iQOO, Lenovo, Motorola, Nubia, OnePlus, OPPO, realme, Red Magic, Redmi, vivo, Xiaomi and ZTE. I’m expecting that Samsung will also have these chips for their next foldable devices.