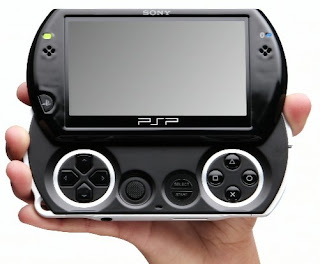 The rumored PSP Go! has been leaked even before the E3. And the UMD is also gone. The new PSP will be also equipped with a bluetooth and this one will be lighter than any PSP.

Too bad its not a PSP Phone

Picture and source VIA engadget