Xiaomi has just arrived in the Philippines and it received a very warm welcome because of the very affordable price of their flagship phone, Xiaomi Mi 3. So what’s up with Xiaomi Mi 3? Basically, there’s a flagship specification inside this phone. There’s a Full HD display, 2GB of RAM and there’s a Quad-core Snapdragon 800 processor which can also be found on the LG G2 and Samsung Galaxy Note 3 but despite having those specifications, the Xiaomi Mi 3 is only priced at P10,600. I know, it’s very interesting. 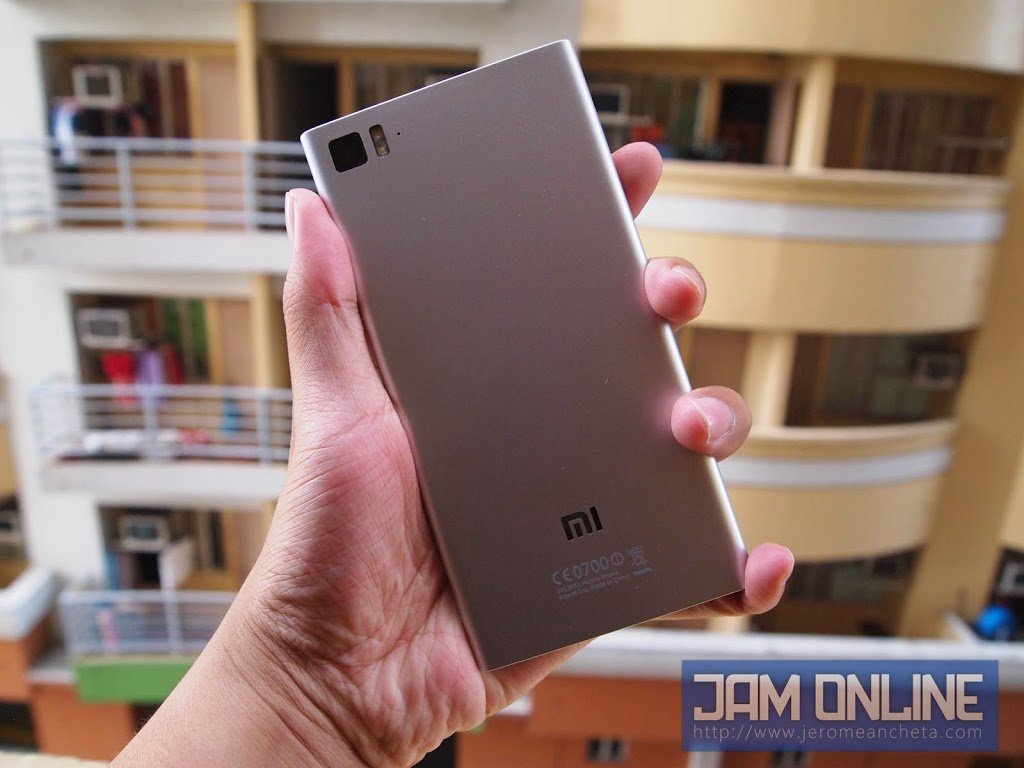 The design of the Xiaomi Mi 3 reminds me of the Nokia Lumia 925 although this one is made up of plastic but don’t get me wrong guys because the construction of this smartphone feels good and there are no openings or squeaks on this phone despite having that affordable price tag. The Xiaomi Mi 3 has curve sides which makes it more slippery and harder to hold but since the phone only has a 5” display and the bezels on the sides aren’t that big, Xiaomi Mi 3 would probably fit in your hand. The buttons were well placed and I was happy to know that the speaker grill of the Xiaomi Mi 3 was placed below the phone. Why am I happy about it? Well, if you place the phone on a flat surface, the surface won’t block the speaker of the phone therefore, the better the audio quality. Speaking of that, the Xiaomi Mi 3 has a great audio quality. At the top is where you can find the sim card slot however, the Xiaomi Mi 3 is still using the mini sim card slot tray. So if you are now using a micro sim, you’ll probably need to buy a new one or just buy a jacket for your micro sim card. For those people who are looking for OTG, yes, Xiaomi Mi 3 support USB OTG. There’s a 5-inch Full HD display in this Xiaomi and I can say that it was pretty great. Since the display is more elevated and the MIUI icons has a nice flat design with shadows, the icons look elevated from the background and the UI on the phone looks like it’s popping from the display. The color reproduction feels just right on the display too. It isn’t oversaturated and the outdoor visibility was pretty good too. One thing that I didn’t like about it is the large bezels at the top and the bottom of the phone

If you’re using a glove on your work or you’re a biker and you always wear your glove, you don’t have to worry about it anymore because the Xiaomi Mi 3 supports Glove touch. Overall, the display of Xiaomi Mi 3 feels just right and I really like it.

The Xiaomi Mi 3 uses an Android 4.4 skinned with MIUI. It’s my first time to use MIUI and I was quite impressed with it. It’s very fast and fluid and I have nothing but praises for it. I love the neat icons and its very fluid transitions. Some people might be disappointed because the homescreen of the smartphone is also the app drawer. Yep, there’s no app drawer on the Xiaomi Mi 3 but you could put widgets on the homescreen of the Xiaomi Mi 3’s MIUI. There are also a lot of available themes that is available online. 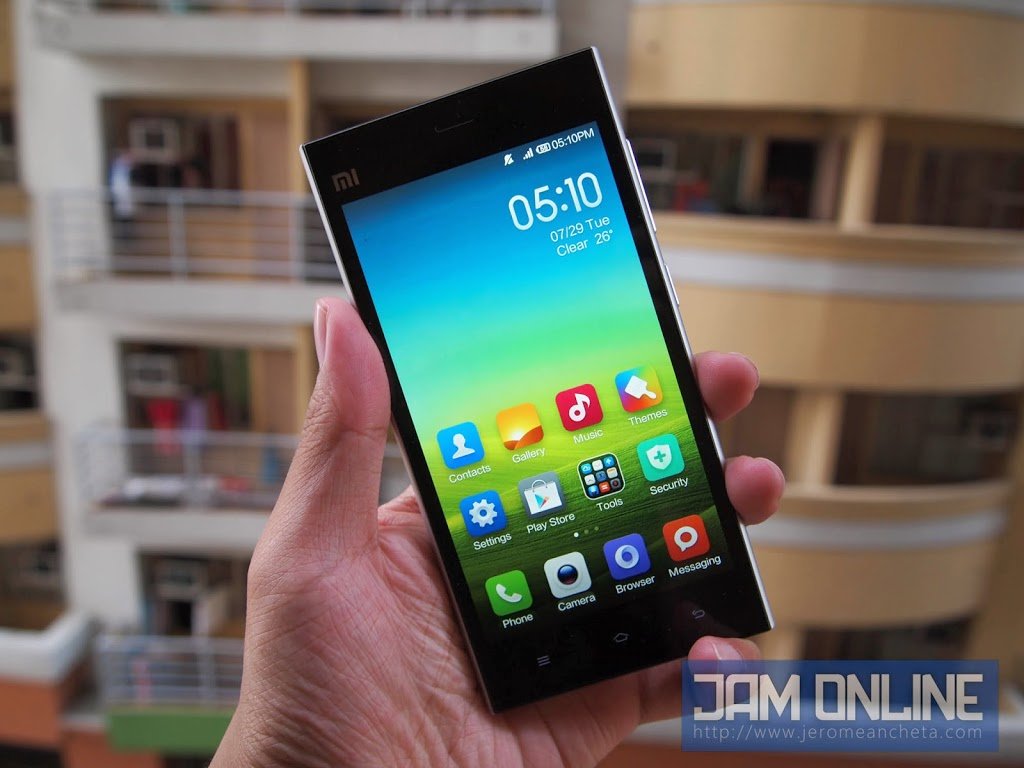 Almost all of the games that I’ve tried on the Xiaomi Mi 3 worked pretty well. I’ve played Modern Combat 4, Grand Theft Auto: San Andreas, NBA 2k14 and Edge of Tomorrow on this device and it runs well without lags. Playing heavy games on this device is really a joy thanks to the Qualcomm Snapdragon 800 processor inside it. Despite having a P10,600 price tag, the battery life of the Xiaomi Mi 3 wasn’t compromised. There’s a non-removable 3050mAh battery inside and I was lucky to have the Xiaomi Mi 3 when Typhoon Glenda ravaged Metro Manila because the phone lasted two 2 days without charge at average use. It’s very rare that a flagship smartphone could have a battery life like that at my average use. Mostly, the smartphone would only last a day. 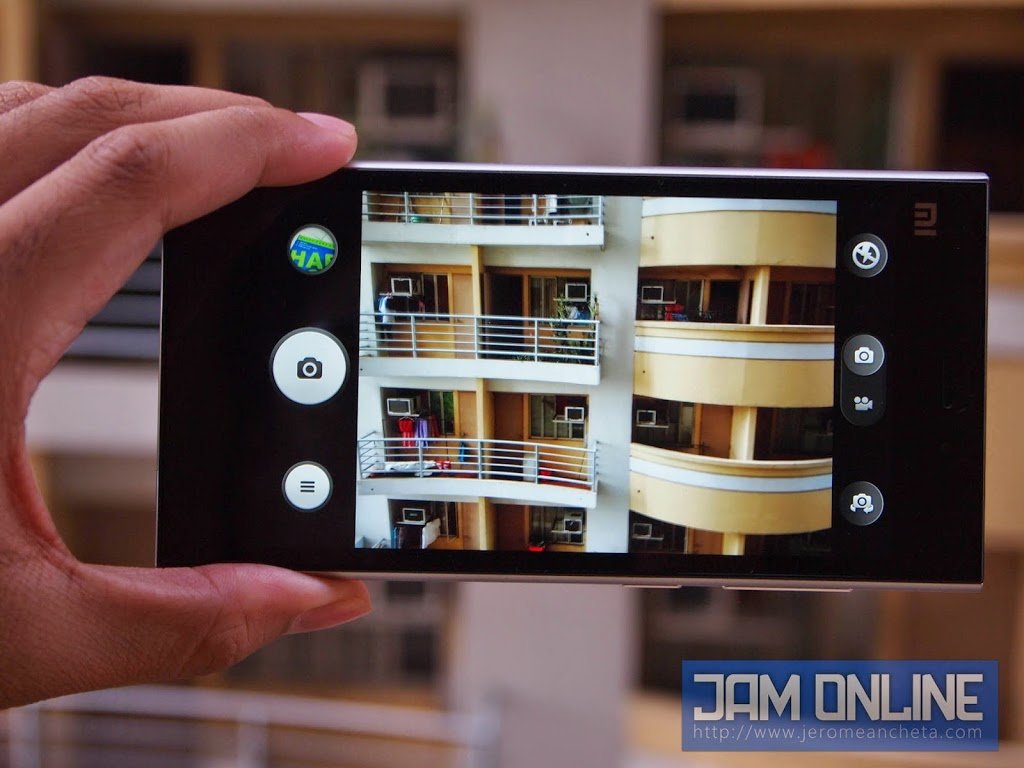 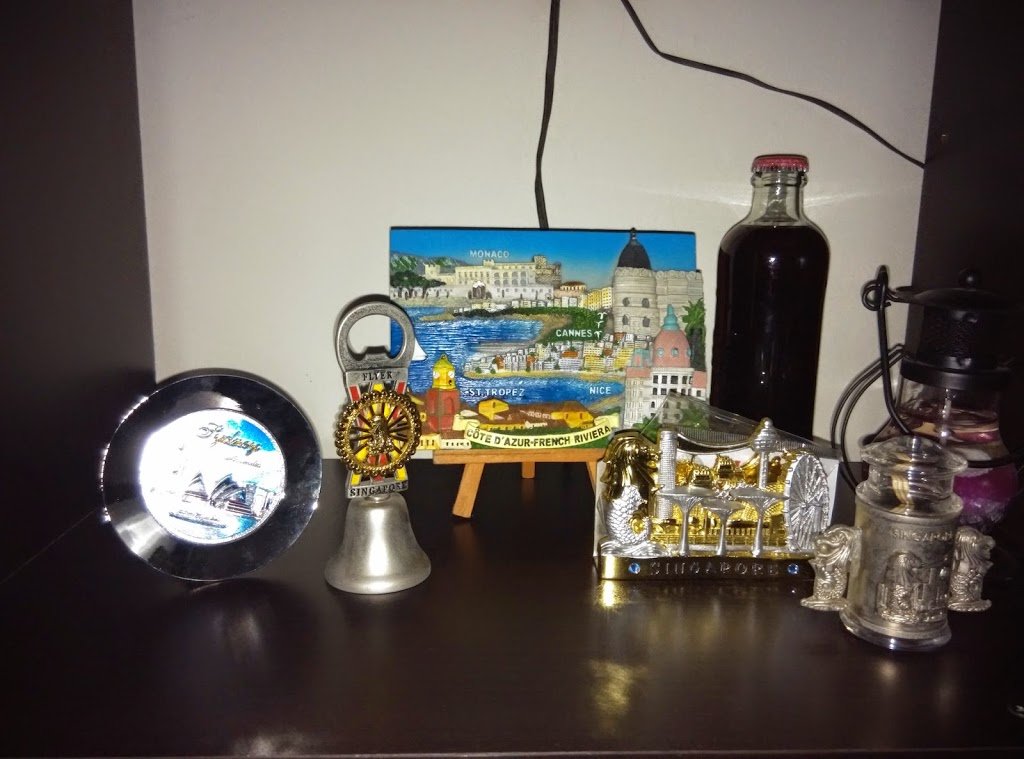 One funny thing about the front camera of the Xiaomi Mi 3 is that it predicts the age and the gender of the person who is taking a selfie LOL.