Home Android Huawei launches the Mate 30 series in the Philippines The king of DxOMark is here! The Huawei Mate 30 Pro has finally launched in the Philippines and it’s the best smartphone that Huawei got as it packs the latest Kirin 990 processor along with the Leica quadruple rear camera that is set to change the camera smartphone game again. The smartphone also features a Horizon display that features an 88-degree curve. 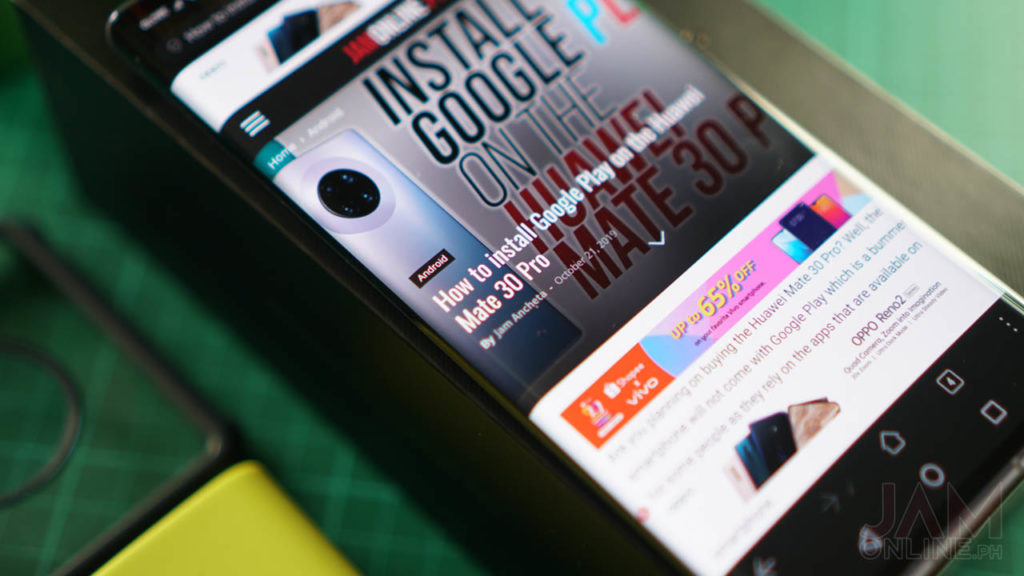 ALSO READ: How to install Google Play on the Huawei Mate 30 Pro

The smartphone is powered by the Kirin 990 processor which is the best processor from the company that packs the latest CPU and GPU and of course, leading the NPU. With this new technology, the smartphone also brought a lot of innovations in the camera thanks to the new SuperSensing Cine Camera of the smartphone. So what can we expect from the smartphone’s camera? The Huawei Mate 30 Pro packs a 40MP Cine Camera that lets you have the best video experience on the smartphone. You’ll be able to record at ultra low-light, Ultra-slow motion, and Ultra wide-angle time-lapse videos. There’s another 40MP SuperSensing which will give the best details and clarity whether you’re shooting at day or night and then there’s the 8MP telephoto camera that lets you do 3x optical zoom, 5x hybrid zoom and up to 30x digital zoom. Lastly, there’s the 3D depth-sensing camera that lets you have better bokeh effects on portrait videos and photos. And oh, did I mentioned that the Huawei Mate 30 Pro is the king of DxOmark camera right now? Yep. the smartphone was able to get a score of 121! Of course, we still have other features on the smartphone including the 40W Huawei SuperCharge and the large 4500mAh battery inside the smartphone.