The one that we got is the breathing crystal color and the color is even more attracting than the first time I saw the twilight color of the P20 Pro last year. The camera bump on the smartphone is very noticeable too but it doesn’t make the smartphone’s look ugly. Actually, I even liked the look of this one as this one has a cleaner look on the front and at the back. 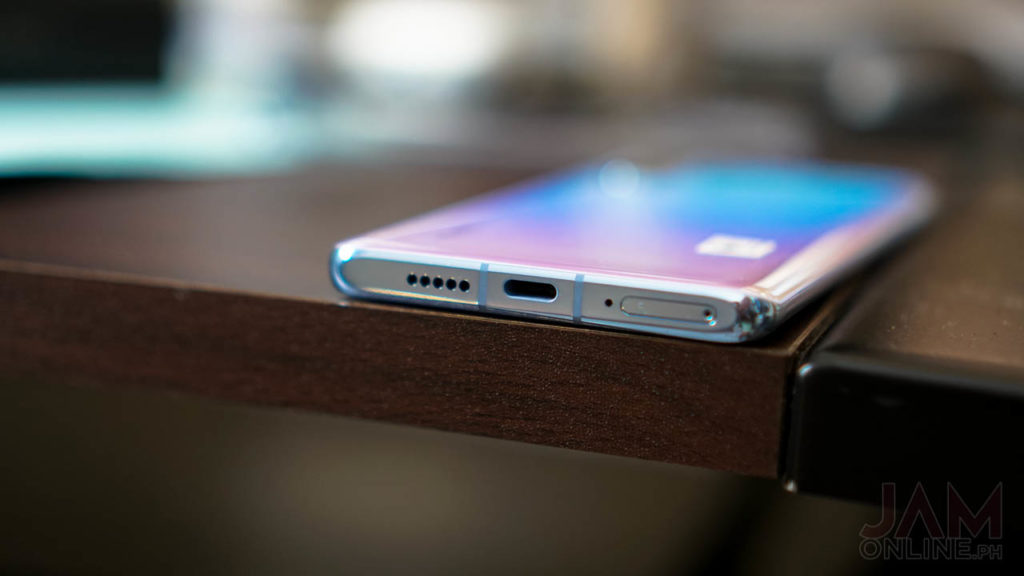 The smartphone doesn’t have a headphone jack just like before. There’s only USB-C port below along with the speaker grill of then smartphone unfortunately, there’s no dongle included in the box and the earphones that come with it has USB-C port so you have to rely on Bluetooth or you have to buy a dongle so you can use your earphones with 3.5mm audio. Unlike the Huawei Mate 20 Pro, this one doesn’t have the same sensors which mean that we only have a tiny dewdrop notch on this smartphone but don’t worry, the face unlock of the smartphone is still fast as ever but of course, don’t expect too much it from the dark. But in case you’re not a fan of face unlock, there’s the in-display fingerprint scanner which is fast and really reliable. One of the new features that we can see on the Huawei P30 Pro over the previous generation is the display. We now have a larger curved display on this one and yes, it’s a lot better than the Huawei P20 Pro but it’s not better than the Mate 20 Pro as the latter features a better and sharper resolution. This one? still at Full HD+. The Huawei P30 Pro features a 4200mAh battery inside and since we’re getting a Kirin processor here, Huawei has managed to optimize the performance and the battery life of the smartphone. In my usage, which is by the way really heavy, I was able to use the smartphone for a full day of use from 8AM-8PM without asking for a power bank or charger. Take note, I’ve been using the smartphone with the mobile data on most of the time and I can still get around 20% at night.

In our PC Mark battery test, the Huawei P30 Pro managed to get a score of 13 hours and 21 minutes which is really great and the best one that we’ve seen on a flagship smartphone. Not just that, the Huawei P30 Pro also comes with a Huawei Fast Charging tech rated at 40W and my god, it was really fast. You could actually fully charge the smartphone in just an hour. The Kirin 980 processor inside the Huawei P30 Pro which is the same processor that we can found on the Huawei Mate 20 Pro that we’ve reviewed before. The smartphone also packs an 8GB RAM and yes, the smartphone is really powerful as we got deserving scores on benchmarking applications and also on popular games. 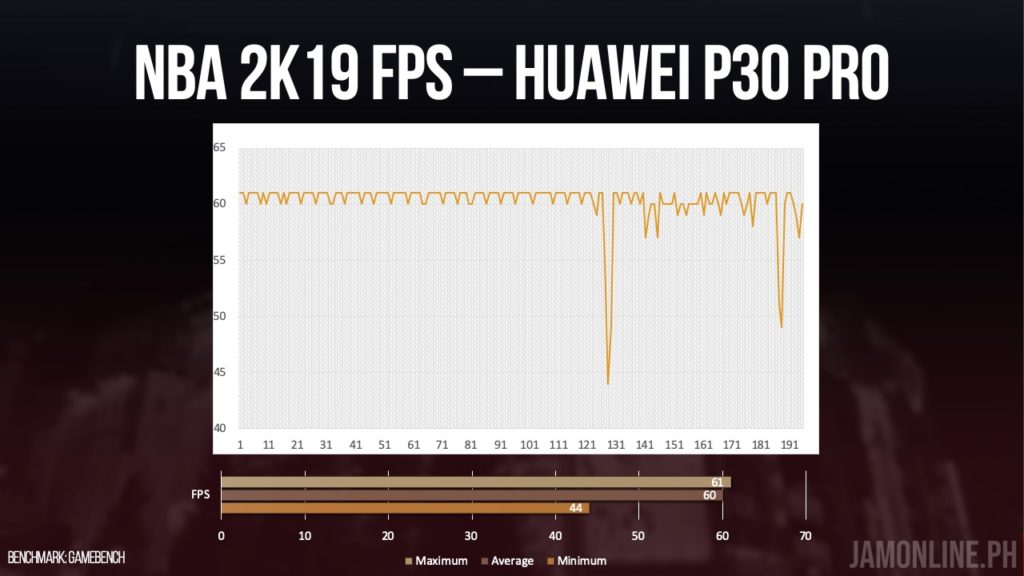 Yep, the smartphone is a pretty good gaming smartphone. As expected, the AI of the Huawei P30 Pro is really great, the smartphone can easily recognize the right objects that it is shooting and in portrait mode, the bokeh has been improved and the smartphone can recognize even the strand of a hair to give you a better bokeh shot. Shooting with this one on auto will give you a lot of processing on the photo but man, most of the shots were sharp, good, but sometimes, it’s oversaturated. The selfie camera of the Huawei P30 Pro has also been upgraded compared to the previous generation. I can now get better selfies with sharper images and more natural beautification on the smartphone. However, I can still say that the Huawei P30 Pro isn’t the best smartphone when it comes to a selfie but don’t get me wrong because this one is still great. Check out the shots that I took using the smartphone: The Huawei P30 Pro is a great smartphone in all aspects. When it comes to the camera, it’s top-notch and the best one. When it comes to design, I really love it as it is premium and more solid. The performance? It’s really great too as the Kirin 980 processor runs really well with AI and gaming. The battery is long-lasting too. Basically, the Huawei P30 Pro got everything that you need on a smartphone. The caveats? Well, there’s no headphone jack and the display is just Full HD+ and yeah, that’s it but if you don’t care about those mentioned caveats then better get the Huawei P30 Pro especially if you love taking photos with your smartphone. Man, that 50x zooming capability of this smartphone is just unreal.