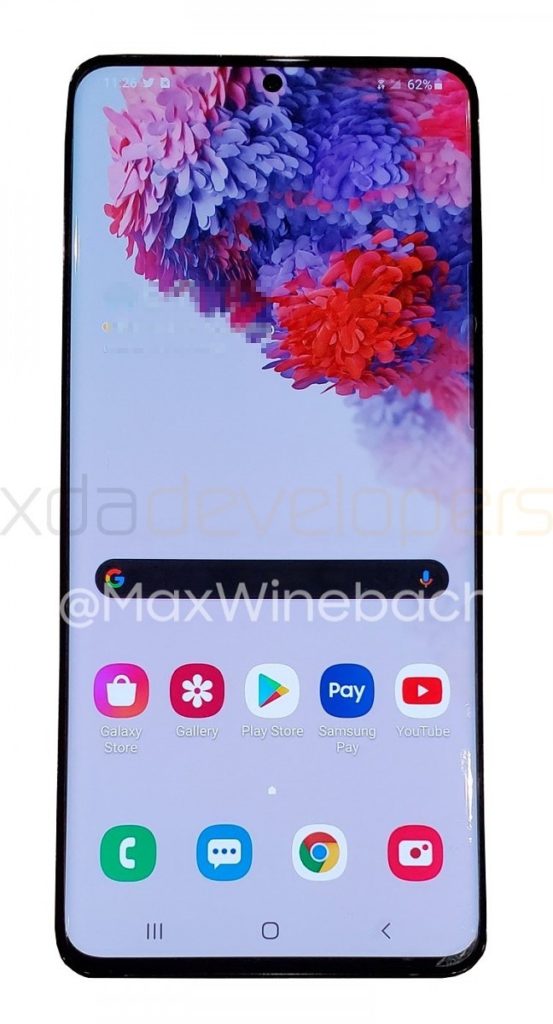 The photo shows that the smartphone will have an Infinity-O display similar to the Samsung Galaxy Note10+ but this one has a curvier design, unlike the Note series. The leaked photos also confirm that the smartphone would have 4 cameras and a flash at the back with a quite big rectangular. We’re still clueless regarding the lenses but expect that there will be improvements over the previous generation. The smartphone is also expected to run on Snapdragon 865 processor on the US market and Exynos 990 outside that and they are expected to come with 4G and 5G versions.