First, let’s talk about the design and hardware of the Galaxy Z Fold2. The design? It might have the same form factor of the original Galaxy Fold but this one has a more solid feel and of course, a better hinge. The hinge lets you do different angles on the smartphone instead of the fixed angle that you can do on the Samsung Galaxy Fold. The hinge is so much better and it feels really sturdy but it’s not as hard to fold unlike the Galaxy Z Flip and I think Samsung has finally made the hinge and folding mechanism of their smartphone nearly perfect. We’re not getting here an in-display fingerprint scanner and instead, we still got here a side-mounted fingerprint scanner which makes sense since we’re using here two displays. Speaking of displays, the cover display of the smartphone is bigger now and it’s way better than before as we got here a larger display and it’s even more usable now and it displays more content than before. Aside from that, both displays also pack an Infinity-O display with both houses punch-hole cameras on each display. For the foldable display, it’s a lot better now and the bezels on this one is a lot thinner which is really noticeable but of course, it still has the crease but the ultra thin glass on the display does feel a lot better and more responsive than before and of course, we also got here a 120Hz refresh rate which offers a really smooth experience on the display.

The feel of the smartphone is more boxy than the previous generation but it does feel good in the hand and it doesn’t feel heavy. The feel and build of the smartphone is similar to the Samsung Galaxy Note20 Ultra and at the back, we can also see a protruding camera module but thankfully, it isn’t as thick as the one on the Samsung Galaxy Note20 Ultra. 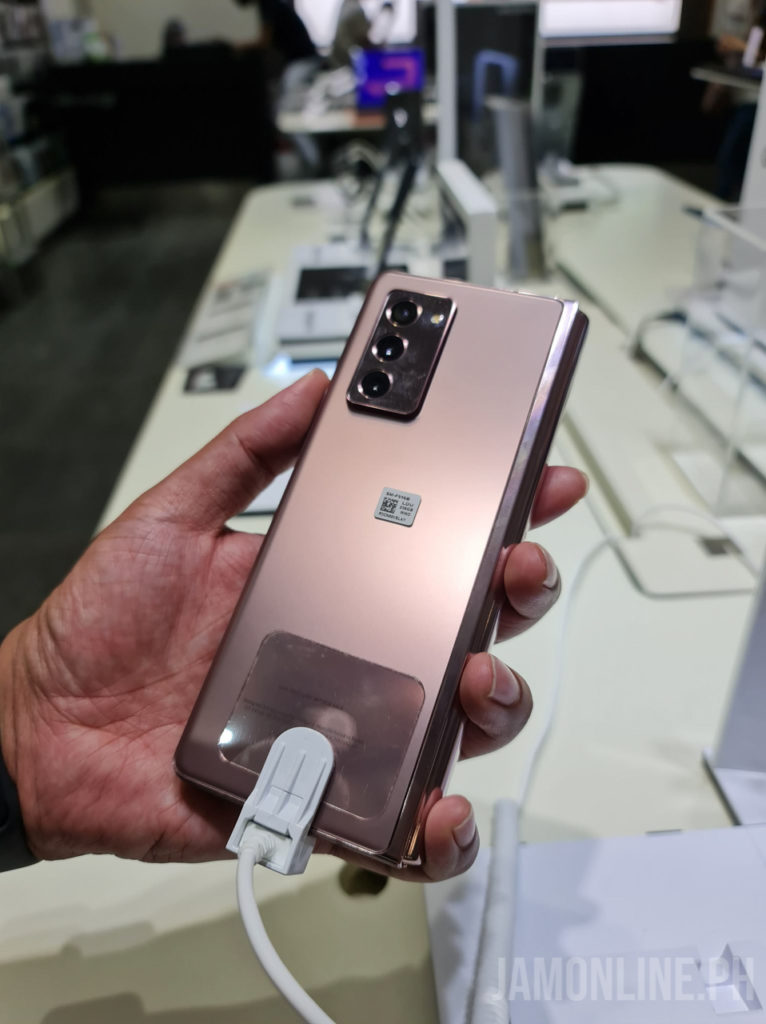