Along with the Huawei P30 and the P30 Pro, Huawei has also launched the Huawei P30 Lite a few months ago. This smartphone is aimed to tackle other mid-range smartphones which are very popular in the country. So what’s up with the smartphone? Well, it’s different from the bigger brothers as this one does have a triple lens camera but it doesn’t have the Leica branding in here. 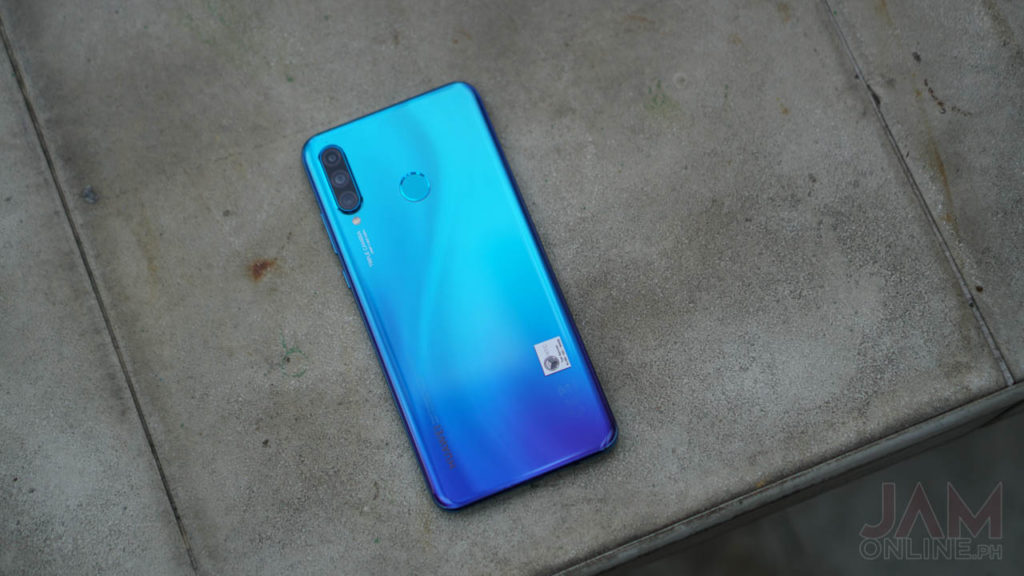 The Huawei P30 Lite features a more premium design compared to most mid-range smartphones and this the best Lite variant that Huawei has ever released. The Huawei P30 Lite actually looks like the Huawei P30 but this one packs a fingerprint scanner at the back. The unit that we got comes in Peacock blue and it does look really good. The Huawei P30 Lite features a glass design on both the front and back of the smartphone and again, it does feel and look premium to me. Thanks to its size and the curves at the back, the smartphone is easier and more ergonomic to hold. Yes, it does get smudgy but I would suggest to you guys that you use the included case on the smartphone. 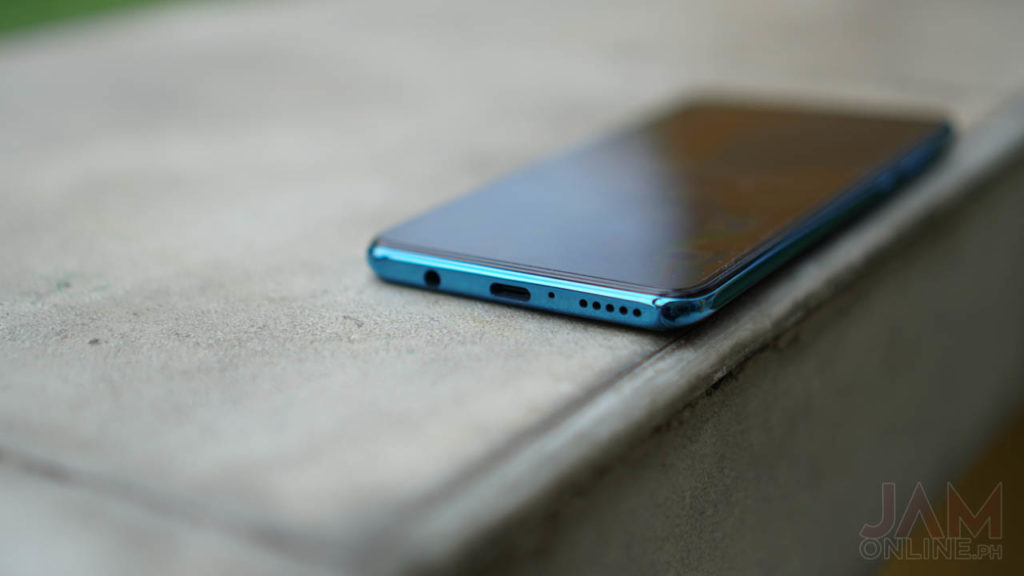 The Huawei P30 Lite features a 6.15-inch TFT IPS display with a Full HD+ resolution and I can tell you that it is pretty great despite not using an IPS panel. Not just that, the 90% screen-to-body ratio of the smartphone is pretty neat too as we got a thin bezel on this smartphone except for the chin. We also got here a tiny dewdrop display at the top that only blocks a small amount of content on the display. The colors of the panel were good and using the smartphone outside at direct sunlight will be just fine. Surprisingly, the display of the Huawei P30 Lite performed better than I expected. The smartphone packs a 3,340mAh battery which is pretty enough for its size and in our PC Mark battery test, I’m happy to say guys that the Huawei P30 Lite does have fine battery life and it managed to get a score of 9 hours and 31 minutes. In our real-life usage, we managed to get a decent battery life from 10 AM to 8 PM without running out of juice. Despite the issues surrounding the issue Huawei, the Huawei P30 Lite runs pretty well and without problems. Of course, the Google apps will still be here and it will be here in the future so you don’t have to worry too much about its applications and services as it will still be there, however, the future Google updates will remain in question. Regarding the applications, the Huawei P30 Lite is running on EMUI 9 based on Android 9 Pie and navigating around the smartphone feels buttery smooth and just like the other Huawei smartphones, you can turn off the notch and it does come with features like digital balance that lets you see the screen time on each app and more. The Huawei P30 Lite is powered by a Kirin 710 processor with Mali-G51 GPU and also a 6GB of RAM. The processor inside is a little bit old but hey, it can still run most games decently. The benchmarks of this one still don’t disappoint though. Check out the scores that we got on the smartphone: Mobile Legends will run without problems on this smartphone however with NBA 2k19, frame drops can be expected when you set it at high settings but it is still playable with a media FPS of 38fps but if you want a smooth 60fps experience, just set the graphics settings at medium while in PUBG, the maximum settings that you can do on the smartphone is HD graphics with high FPS. Frame drops on the game can be seen when the anti-aliasing and shadows are enabled. The Huawei P30 Lite comes with a triple lens shooter which are the 24MP main camera, 8MP ultrawide, and a 2MP depth sensor. Unfortunately, there’s no telephoto in here for optical zooming but don’t worry because the P30 Lite can capture really good shots compared to its predecessors. The 32MP selfie camera? It’s actually pretty well too. Check out the shots that we took using the Huawei P30 Lite:

The 24MP main camera of the smartphone was really great and I love the photos that I captured using the smartphone as we got better colors and even at night shots, the Huawei P30 Lite can capture pretty good shots for a midrange smartphone. The selfie camera of the smartphone doesn’t disappoint too. It may night be as good as the P30 brothers but this one can capture fine details and the skin tones on my selfies are better than ever which is a big plus for me. The ultrawide camera? It’s actually fine for me, especially for a midrange smartphone. The Huawei P30 Lite might have an old processor inside but we definitely had fun using it thanks to the stylish design,  long battery life, & really great cameras. But if you’re expecting this smartphone to be used for gaming, well, you might turn down the settings of those games. So if you’re the type of person who is into the midrange budget and you want to have a stylish smartphone with a decent camera then the Huawei P30 Lite is the perfect smartphone for you.