Realme 3 Pro is proven to be a really good midrange smartphone thanks to its powerful hardware inside and a price that is really affordable for its hardware. For starters, the Realme 3 Pro packs a Snapdragon 710 processor inside along with either 4GB or 6GB of RAM. Aside from that, the Realme 3 Pro also packs a 4045mAh battery with support for VOOC 3.0 fast charging to ensure that you can play longer on the smartphone. When it comes to benchmarks, the Realme 3 Pro fared really well. In Antutu, the smartphone was able to get a score of 171907 which is way ahead of the Helio P70 processor and also the Kirin 710 processor. 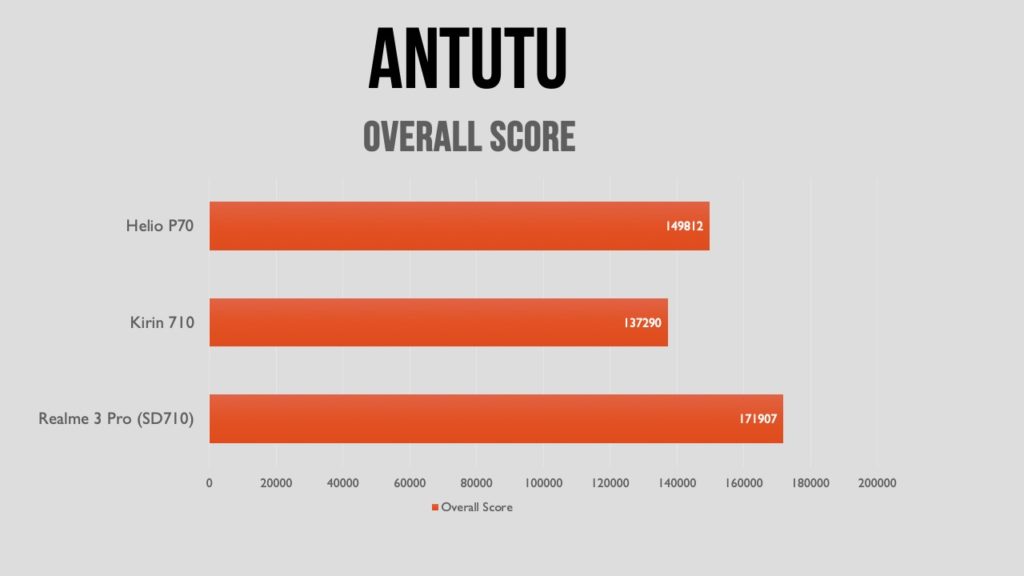 In gaming, we tried different games on the Realme 3 Pro and we’re pretty impressed with the scores that we got on the Realme 3 Pro. The smartphone was able to trump up my expectations and I was even able to use higher settings that I expected in some games. If you want to know more about the performance of the Realme 3 Pro, check out our gaming test of the smartphone below and you’ll be amazed by its impressive performance.