The Vivo V15 Pro impressed us with its beauty and brains as the smartphone excelled in the camera segment, performance and even in the design of the smartphone but how about the lower variant – the Vivo V15? Well, it’s a pretty fair smartphone. Check it out in our review below. 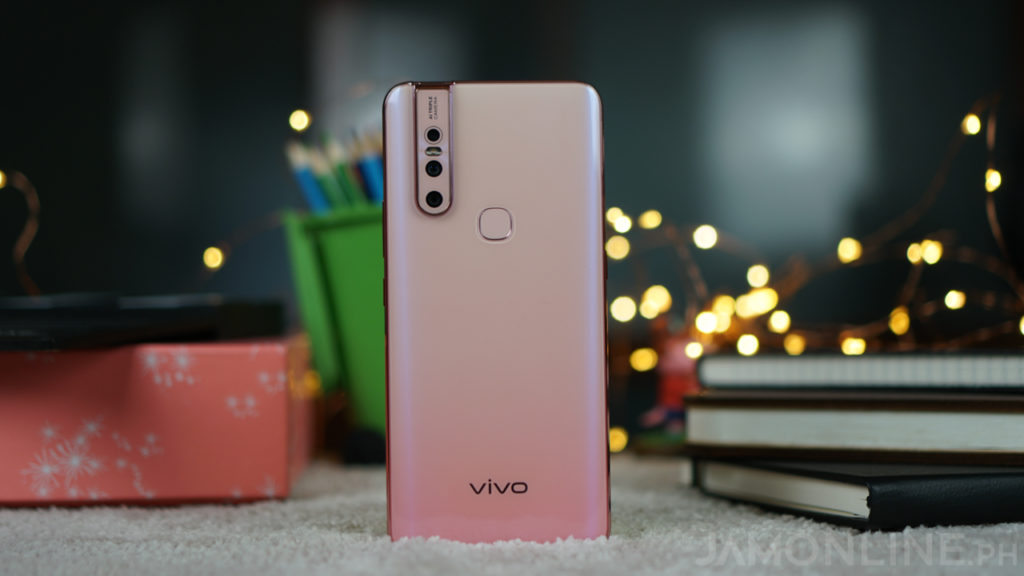 Without a doubt, the Vivo V15 features a design similar to the V15 Pro. We got a blossom pink and it’s a very gorgeous one. Actually, this is the best pink hue that we have on the smartphone and we also got a good gradient look into it along with the sides that are perfect for the color of the smartphone.

The build and construction of the Vivo V15 is definitely something to look at as this one has a premium look in it. Yes, it isn’t glass but the feel and look of it are very near to it and I love that the build of the smartphone is sturdy. There’s the curved back on the sides too which helps in the ergonomics of the smartphone. The Vivo V15 also sports a button dedicated for Google Assistant similar to the Vivo V15 Pro and it’s a welcome feature as this smart assistant is snappy and easy to use and it can easily understand most of our Tagalog accent. Below the smartphone is a micro USB port and also a headphone jack and thankfully, it does support fast-charging. 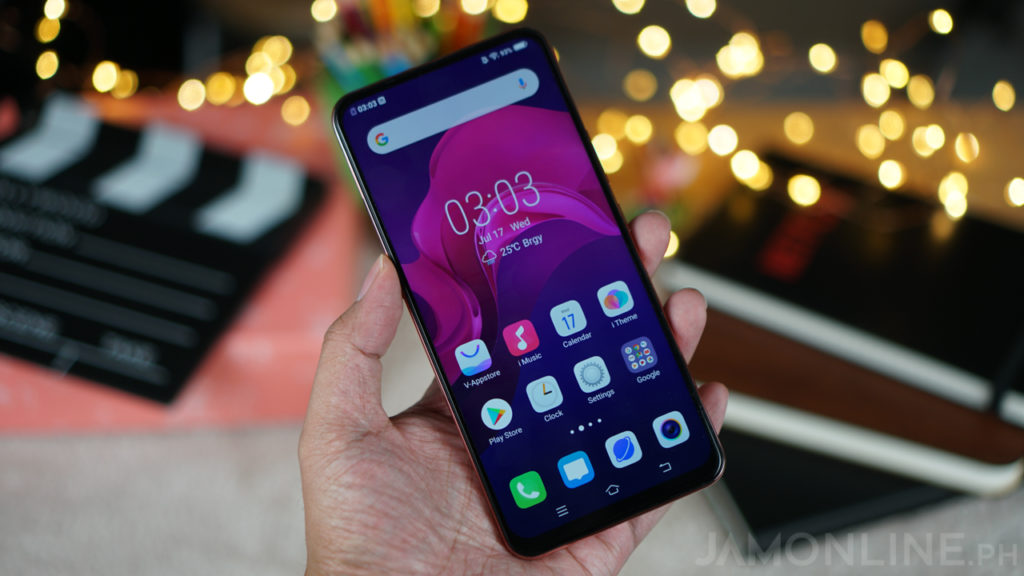 One of its unique features is its display. We got here a pretty large 6.53-inch Ultra FullView display with a whopping 91.64% screen-to-body ratio and we definitely love it as we got an immersive experience on the smartphone. Yes, we don’t have the AMOLED display on this smartphone unlike the Vivo V15 Pro but we can definitely say that the display of the smartphone isn’t that bad and we still like the colors that we’re getting. Using the smartphone outside was just fine and it’s actually pretty crisp. The Vivo V15 comes with a 4000mAh battery which is slightly bigger than the V15 Pro but you have to take note that this smartphone does also come with a larger screen. In our PC Mark battery test, we got a score of 9 hours and 13 minutes which is just fine. However, in my usage, the smartphone was able to last up to a day of normal workload. So not bad. The Vivo V15 still uses FunTouch OS 9 that is based on Android 9 Pie. Yes, it’s swift and everything is easy on the eyes. Navigating on the smartphone is very user-friendly and I do love the colors that I’m getting from the smartphone. Just like before, there will be included bloatware on the smartphone but some of them are pretty useful. One of my favorite in this smartphone is the control center which enables me to check out all of the running applications and also the different functions of the smartphone. On the home screen, swiping the right will give you different widgets that are really helpful. One of the main difference between the Vivo V15 and the V15 Pro is the processor inside. In the Vivo V15, we got here a MediaTek Helio P70 octa-core processor and also a 6GB of RAM. If you ask me, those are a kinda good combination for gaming for a mid-range smartphone at its price range. In our test, the Vivo V15 manages to get these fair scores at different benchmarking applications: The smartphone boasts a 24MP main rear camera along with the 8MP ultra wide-angle camera and also the 5MP depth sensor and then there’s the 32MP front camera. In our previous reviews of Vivo smartphone, we’re definitely happy with what we’re getting on their selfie cameras and the Vivo V15 is no exception. The rear camera of the smartphone might be a downgrade to 24MP, it still performed well in our camera tests. Check out the photos that we took using the smartphone:

Most of the shots that we took were fine for a mid-range smartphone. The wide-angle shots of the smartphone were quite well too. Shots using the rear camera were vivid and it can capture details on the shots however, the AI beautification is sometimes too much. The Vivo V15 might not have the same power of the Vivo V15 Pro but this one performed well and for most people, the smartphone’s features and hardware will be enough for gaming and for applications. There are a decent triple-lens rear camera and design too and for those who want to have the pink color, the blossom pink just looks great.