The Huawei MateBook 14s has finally arrived in the Philippines and it’s the company’s first “Laptop+” to arrive in the Philippines as it brings cool features including a powerful 11th generation processor inside, a 2.5K display with a 90Hz refresh rate, and more. First, the design of the notebook is really premium and it’s pretty much the same feeling that we got on the Huawei Matebook 14 that we have before for review but this time, the notebook comes with a more powerful Intel Core i7-11370H processor and a smoother and better 90Hz refresh rate on the display. For the build quality of this notebook, there’s the metallic finish body on the Matebook 14s which makes the laptop feel premium and at 1.43kg with a 16.7mm thickness, the laptop doesn’t feel the thinnest but it’s definitely enough to be called a portable and light laptop. The notebook comes in two colors, Spruce Green and Space Gray and I think it’s a bold move for Huawei to include a green color for their laptop lineup. As for the keyboard, we still got here a familiar design as we got here a chiclet-style keyboard with the right spacing and the right keys on the keyboard. Typing on the keyboard was nice and very responsive. They also moved the webcam to the top of the display instead of a recessed camera and the key for that one was replaced with a speech recognition button. When it comes to ports, we got here plenty of that because the Huawei Matebook 14s features plenty of ports including a 1 USB-C, 1x Thunderbolt 4, USB3.2 Gen 1 Type-A, HDMI, and a 3.5mm audio jack. There’s a fingerprint sensor on the notebook too. 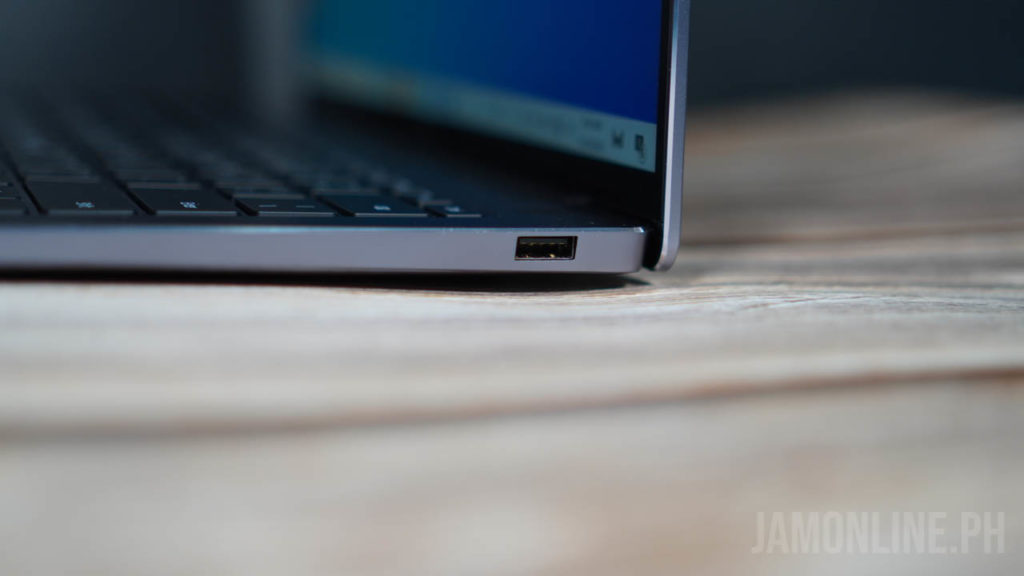 As for the smart features, the Huawei Matebook 14s is expected to come with support for apps from Huawei Appgallery soon and there’s the support for Android apps which will be built-in on Windows 11 and yes, the notebook is compatible with Windows 11. Inside the notebook is an Intel Core i7-11370H processor along with 16GB of RAM which is more than enough for most people and yes, they’re using an H processor instead of the U processors which means that this one would have a more powerful processor but we’re gonna go deep down on that in our hands-on

Overall, the Huawei Matebook 14s comes with a premium design and a decent performance. The laptop+ features are a welcome upgrade and will be going deep down on that once we out our review.