The Huawei MateBooks is definitely one of the notebooks in the market that are made for offices and for those people who want to get things done they just launched their newest notebook in the market — the Huawei MateBook 16s. It’s their newest premium notebook and it packs a large and beautiful 16” display and also the latest 12th Generation Intel H-series processor inside. 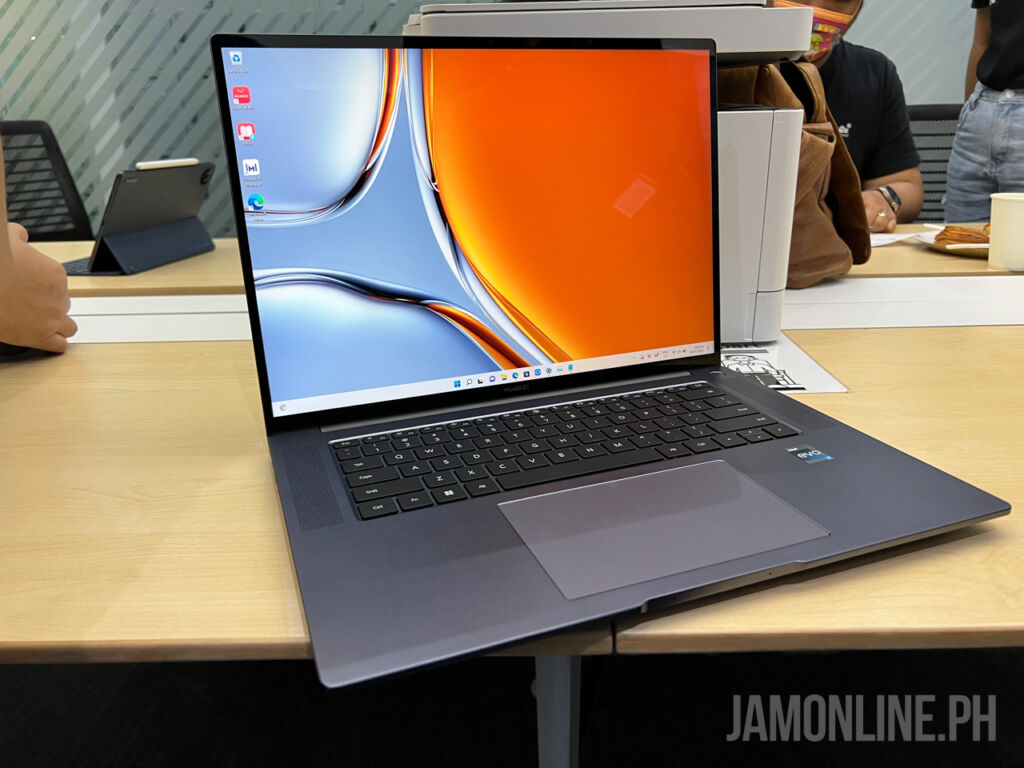 The design of the notebook is very similar to Huawei MateBooks that we’ve reviewed before and it’s not a bad thing as this one presents a sleek and also premium metallic body that is really perfect for those people who are into productivity or work. For the lid of the notebook, it’s still the same as the Huawei logo and there’s the wedge shape on the design as well. The notebook actually reminds us of the MacBook Pro 16” in which the Huawei notebook is going against and of course, there’s the chiclet-style keyboard with a layout that is pretty good and for those looking for a Numpad, there’s none in here. Thankfully, they moved the camera of this one on top of the display instead of placing it on the keyboard which makes zoom and teams calls look awkward. They still managed to do that even with the thin display of the notebook. For the touchpad of the notebook, this one comes with a larger touchpad, and using it was responsive and spacious so I really don’t have any problems with it. The power button of the notebook also serves as the fingerprint scanner of this one that you can use for Windows Hello. For the display, there’s the touchscreen 16” panel with a 90% screen-to-body ratio, 3:2 aspect ratio and a resolution of 2.5k. It’s actually beautiful and I like the colors of this despite not having an AMOLED panel on this one. The aspect ratio is perfect for opening windows side by side for better productivity. It might not have a higher refresh rate but it’s fine for playing games as well. As for the ports, this one comes with plenty one as it comes with 2x USB-A 3.2 Gen 1 ports for your accessories, and then there’s the 1x USB-C port and also there’s the Thunderbolt 4 ports along with HDMI and also the audio combo jack. Unfortunately, there’s no SD card slot on this one for those creators. So for photographers, they might want to bring a dongle with you for this one. The performance is one of the biggest highlights on this one as the notebook runs on 12th Generation Intel processor and it goes up to Intel Core i9-12900H processor depending on the variant that you’re getting and if you’re getting, you’ll also get a bigger and higher 135W USB-C power adapter. For the memory, there’s the 16GB LPDDR5 RAM and also the 1TB NVMe PCIe SSD which are both pretty fast and for the graphics, there’s the Intel Iris Xe Graphics.

The notebook also features Huawei Super Device in where you can seamlessly connect to other Huawei devices and ecosystem including drag-and-drop files from Huawei tablets and smartphones and of course, wirelessly connect to them and use the tablet as your secondary display.

The Huawei MateBook 16s will be available in the Philippines soon.