Samsung has recently unveiled their newest smartphone in the market and it belongs in the flagship segment and it’s the Samsung Galaxy S21 FE 5G. The smartphone shares a lot of hardware similar to its older Galaxy S21 brothers, but it cuts some slack to make it more affordable and to belong in the Fan Edition. 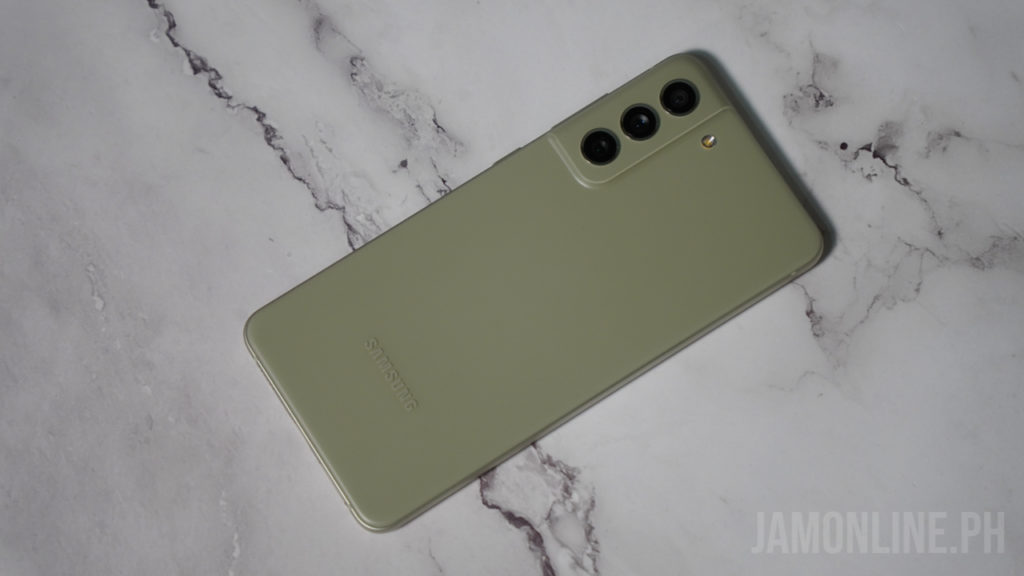 First, the Samsung Galaxy S21 FE 5G does share a lot of similarities from its brothers including the Exynos 2100 processor inside along with 8GB RAM but where did they cut some corners? First, there’s the 12MP ultra-wide camera and then there’s the 12MP wide camera, and also an 8MP telephoto camera but unlike the other Galaxy S21 series, the smartphone uses a way cheaper plastic back unlike the Galaxy S21. Onto the front, we’re getting here a 6.4-inch Full HD+ Dynamic AMOLED 2X Display with a flat screen and honestly, I really did like it and it’s definitely great for its class. Aside from that is a 120hz refresh rate but unfortunately, there’s no dynamic refresh rate on this one so it doesn’t conserve battery on the display department. And yes, the smartphone features an optical fingerprint scanner on the display as well. 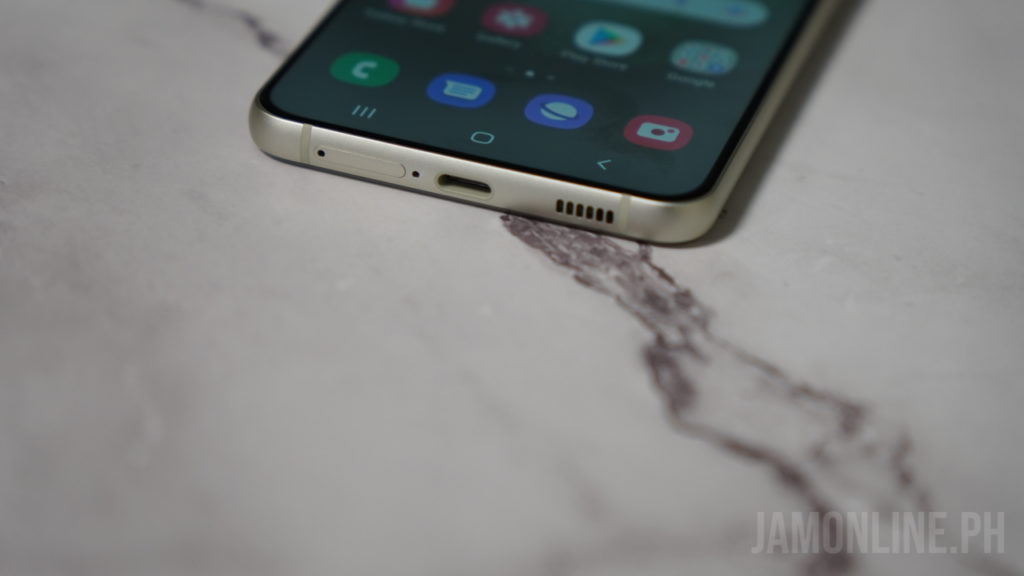 The smartphone uses USB-C with no headphone jack as expected and it still maximizes a 25W wired charging with 15W Wireless Charging and support for Wireless PowerShare. No surprise about that. For the battery, there’s a decent 4500mAh battery inside but of course, we have to fully review the smartphone to know more about it.

As for the hardware inside, the one that we’re getting is still the Exynos 2100 variant unfortunately which lags behind its Snapdragon counterpart but it’s definitely better than the previous Exynos processor that we’ve tested before on the Galaxy S20 series. For the memory, there’s the 8GB RAM and it comes in 128GB and 256GB variants. The processor might not be the latest one but it’s definitely capable of playing games and also the latest apps in the market right now. 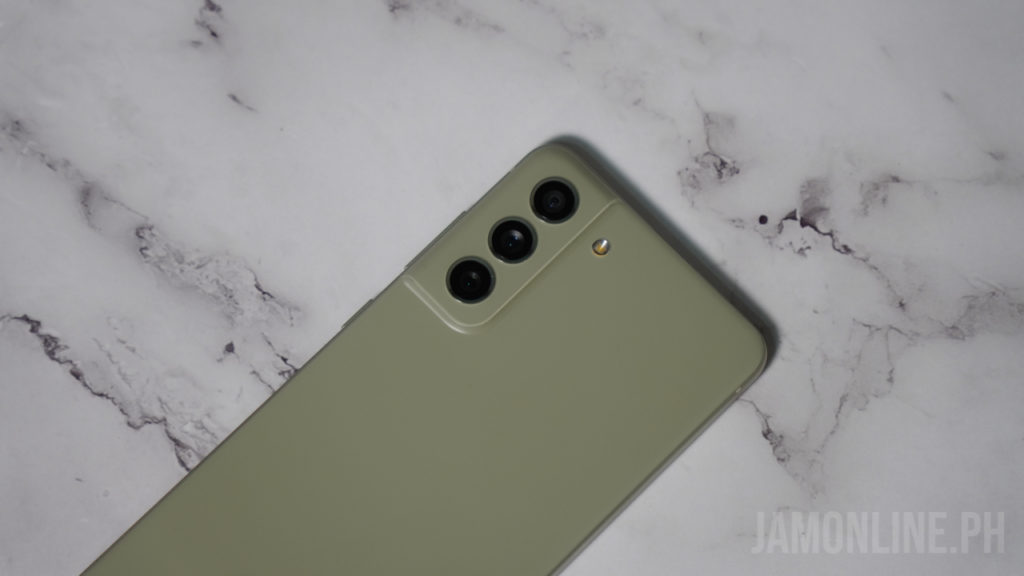 Overall, Samsung really did cut some corners to make the smartphone more affordable. Is it bad? No, not really. Yes, the smartphone is now using a plastic back and build but we still got here a solid feel on the smartphone and it’s also lightweight and available in many colors. They did downgrade the camera of the smartphone but it’s still performed well. It’s still using an Exynos 2100 processor but it can still perform on games and it runs definitely like a flagship smartphone. You can get it at Samsung.com, Samsung Experience Stores, select Authorized Samsung Stores, Lazada, Shopee, Abenson.com, and MemoXpress Online.