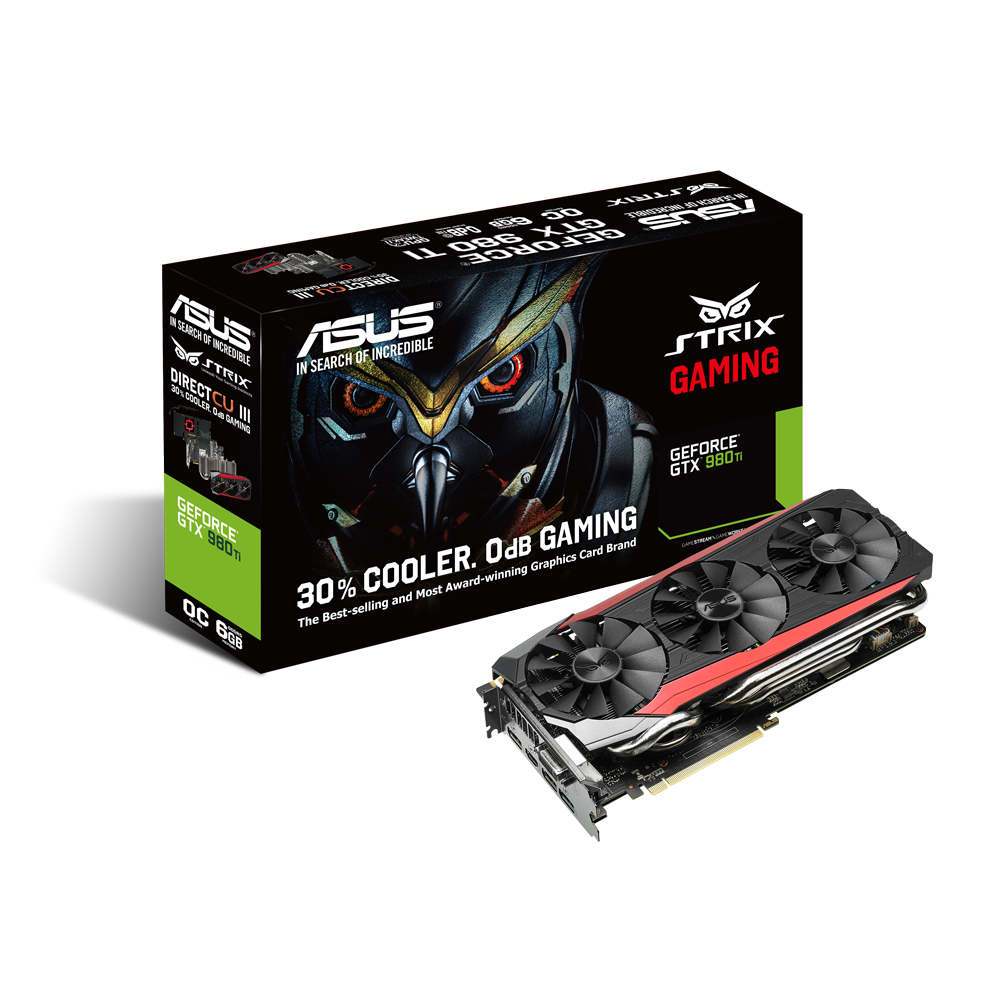 Do you belong to the PC Master Race? If yes, then get ready for ASUS’ newest graphics card, the ASUS Strix GTX 980 Ti. Yes, it’s coming this August and it is glorious. This is ASUS’ most powerful graphics card and you won’t probably have any problems playing CD Projekt Red’s latest game, Witcher 3 when you have this graphics card.

So what can we expect from this graphics card? Aside from the super powerful performance, the ASUS Strix GTX 980 Ti also features a cool and silent gameplay with its DirectCU III with triple wing-blade 0db fan design, premium quality and technology, and a tweakable and intuitive GPU with XSplit Gamecaster.

The design of the ASUS Strix GTX 980 Ti features two 10mm direct-GPU-contact heat pipes to give yo u a cooler but still powerful GPU performance and with its new wing-blade design, it’ll give you a 105% improvement over fans without wing-blades. The cool thing about this? The Strix GTX 980 Ti also features a 0db fan because it completely stops rotating during lighter gaming sessions. If you love to livestream and record your gameplay, there’s an included 1-year XSplit Gamecaster premium license (worth $99) with the Strix GTX 980.