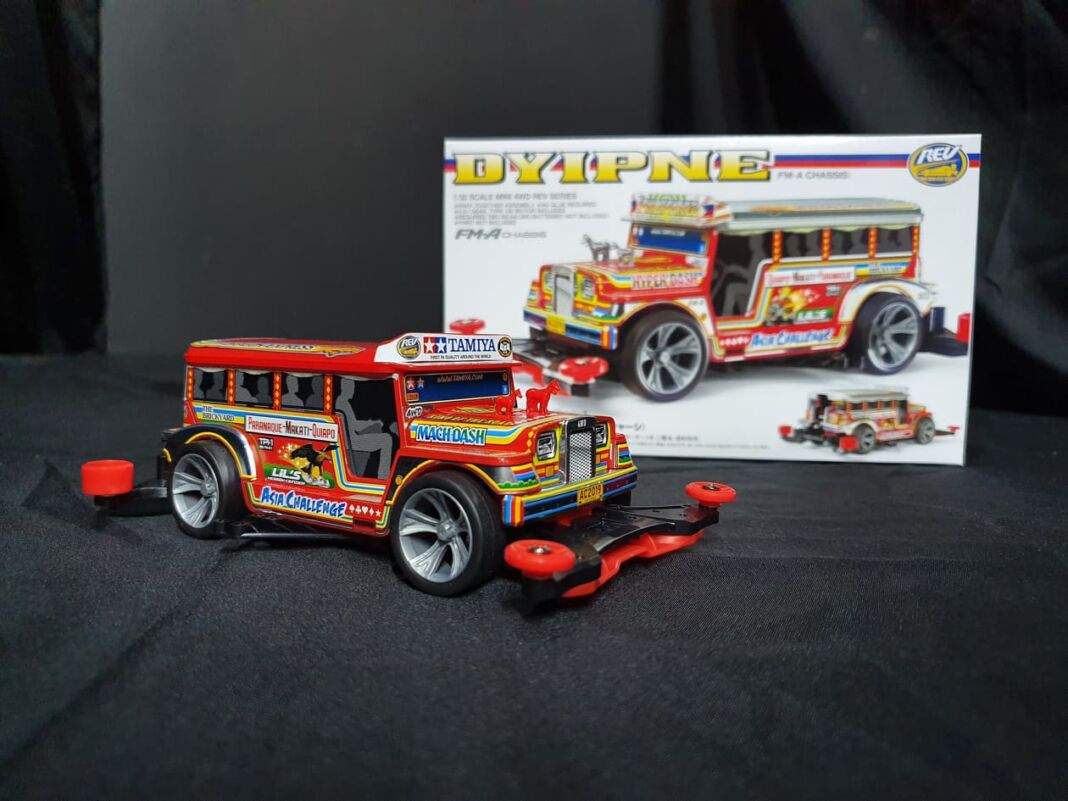 In case you’re a big fan of Tamiyas back in the 90s or early 2000s then you will probably love the latest news from the Brickyard as they’ve announced the newest Tamiya in town and it’s the Dyipne. Yep, the well-loved Jeepney now comes in a Tamiya. The Dyipne is a limited edition Mini 4WD kit and yes, the looks of it are very similar to the Jeepney that is plying to the roads in the Philippines. This is in line with the commemoration of the one year anniversary of Brickyard and also Lil’s Hobby Center. The Dyipne is exclusive to the Brickyard and it is now available for Php750.