The design of the ASUS ROG Phone 5 is now different from the previous generations compared to its predecessor.  Well, it still has the gaming feel that’s definitely a signature of ROG products especially their newer ROG notebooks like the ASUS ROG Zephyrus G14. 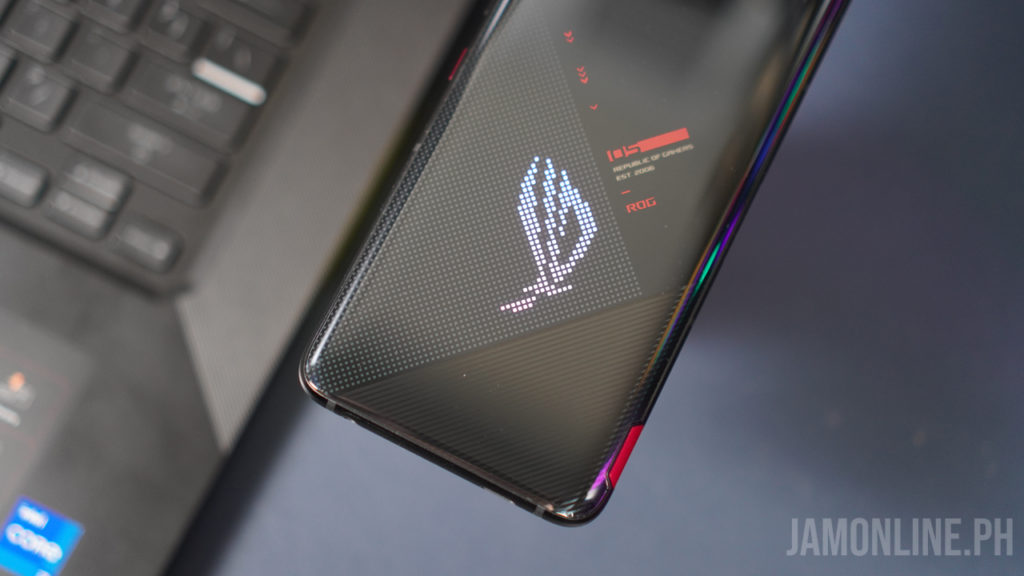 As for the ports, this one comes with a different approach for its ports and also for its accessories. The smartphone still comes with a fast-charging inside but it’s way faster as the ASUS ROG Phone 5 now supports 65W charging. For the ports, it comes with two USB-C port with one below and one on the side which means that the ports for accessories has been changed and it relies on POGO ports for the AeroActive Cooler on the smartphone. But hey, at least we now have here a 3.5mm headphone jack on the smartphone and we don’t need the AeroActive cooler anymore for the port. Speaking of the AeroActive Cooler on the ASUS ROG Phone 5, it’s way better than before because not only that this one comes with the fan that really brings down the temps of the smartphone but it also comes with a trigger at the back of the smartphone which is perfect for playing emulators on the ROG Phone 5 and of course, there’s the stand so you can watch Netflix videos on the smartphone without holding it anymore. As for the air triggers or the shoulder buttons of the smartphone, you can customize it for different games and map it and depending on what you want. In my case, I’m using it for my emulators including Damon PS2. Having an excellent display is essential for gaming smartphones and with the ASUS ROG Phone 5, we have here a Samsung AMOLED display with a refresh rate of 144Hz. The display also features an adaptive display in where the ROG Phone 5 automatically adjusts the refresh rate depending on what you need on the smartphone. The colors are great and it’s very responsive in my usage. I actually enjoyed using this for gaming on the smartphone but it’s not a big leap from the previous 120Hz refresh rate of the smartphones and there are only a few games and apps that supports this but hey, it’s nice to see this feature on the smartphone. 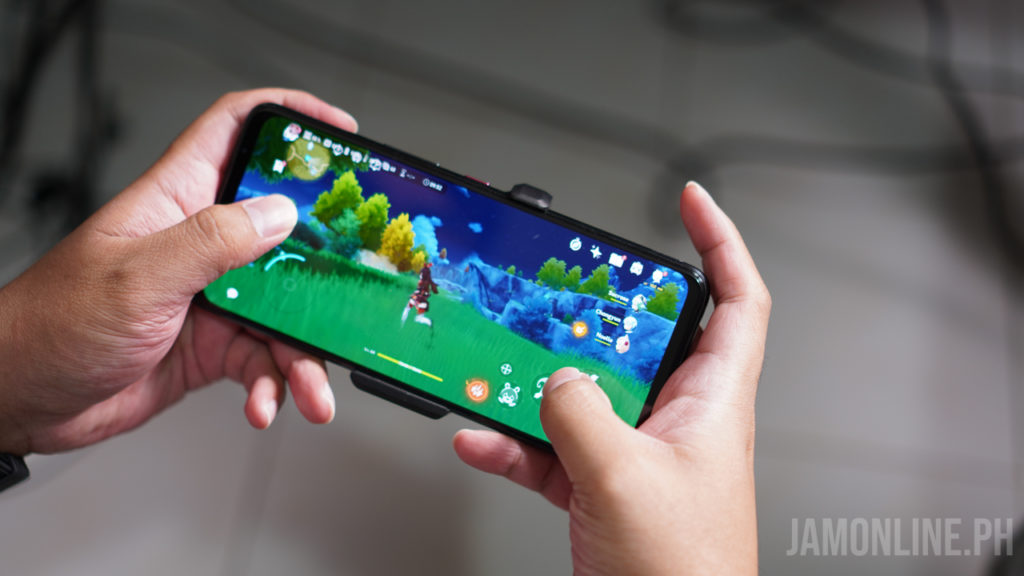 When it comes to benchmarks, the ASUS ROG Phone 5 destroyed the competition as we got here really high scores in every benchmarking application that we’ve used.

As for gaming, we didn’t have a single problem with any of the games that we tried on the smartphone. We even ran Genshin Impact and we didn’t saw a drop in framerates when using the smartphone. We were also able to use a PS2 emulator on this one smoothly thanks to Damon PS2. The camera is actually surprisingly good on the smartphone. First, we got here a 64MP main camera along with a 13MP ultrawide camera and also the 5MP macro lens on the smartphone and for the selfies, there’s the 24MP selfie camera. The rear camera of the smartphone produces good colors and it’s pretty sharp. It can actually compete with other flagship smartphones in the market right now in terms of quality as the smartphone can shoot pretty good photos whether we’re in low light or in well-lit conditions. Check out the shots that we took using the smartphone: Nonetheless, the other things about the smartphone is really great. The display is great, battery life is long, the performance was good, the camera was excellent and the look of the smartphone is cleaner and better. So if you’re looking for a gaming smartphone right now, you might want to take a look at this but if you’re coming from an ASUS ROG Phone 3, well, I still believe that the predecessor is still a great smartphone and you don’t have to upgrade for this one.