Last year, the Huawei MateBook was released in the Philippines and it’s one of my favorite notebooks last year and this time, we’re getting here their premium notebook in the country, the Huawei MateBook X Pro 2020. This one sports a bigger and beautiful display, more powerful hardware, and sleek design. 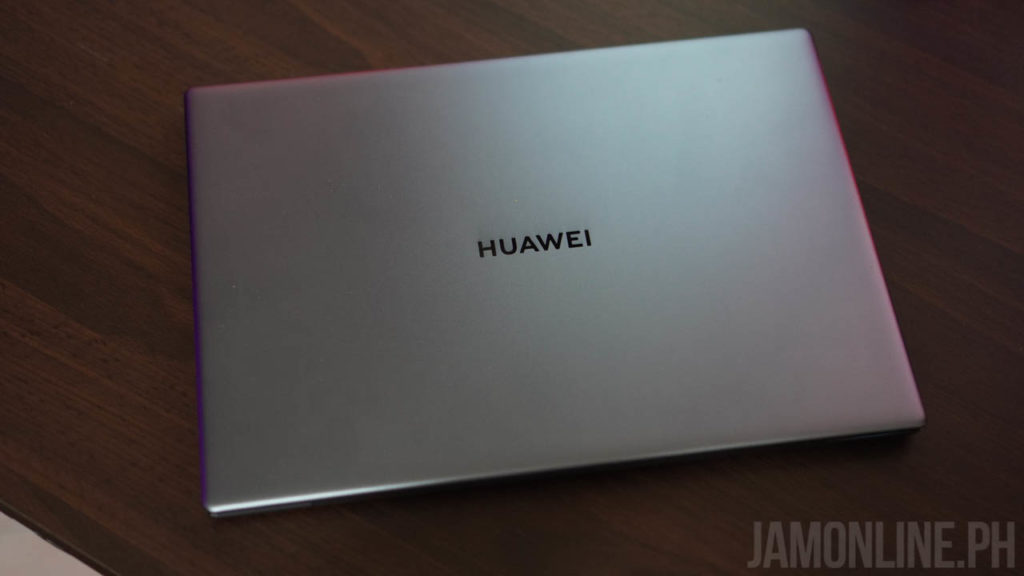 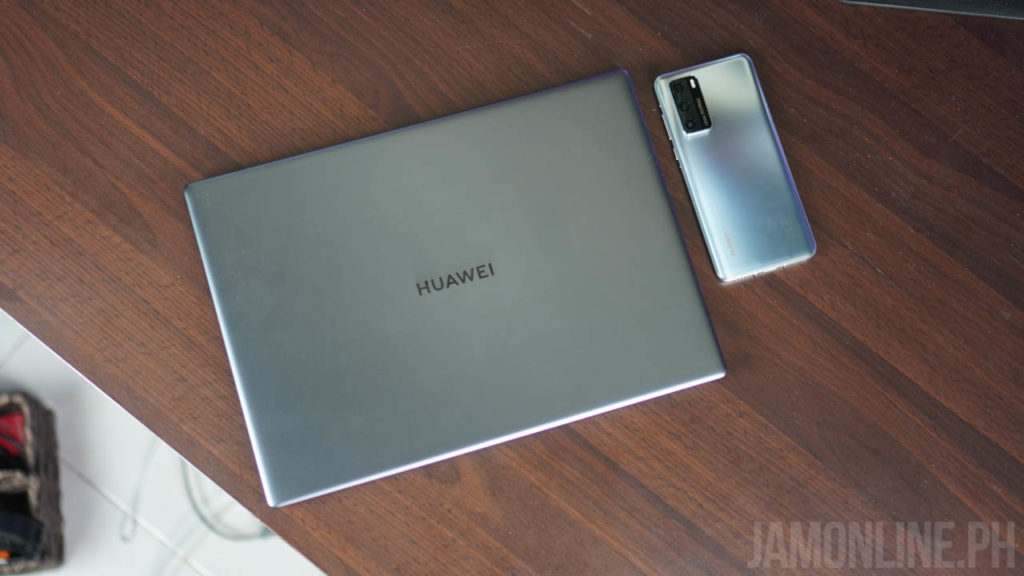 The best thing about the Huawei Matebook and the Huawei MateBook D 15 that we’ve reviewed last year is the body of these notebooks and the Matebook X Pro 2020 is no exception as we got here a beautiful design in here thanks to the simplicity and the premium feel of the Aluminum alloy unibody design. But of course, having a metal build has its downsides too as you can easily feel the heat of the notebook as we all know, metals are good conductors. But I’m willing to give that a pass since we’re getting here a really premium notebook. The body weighs at 1.33kg which just makes this notebook portable. We got here a clean and sleek look inside and out and with the Huawei MateBook X Pro 2020, we’re getting here a power button that also acts as the fingerprint scanner for the notebook and that’s pretty cool. There’s a 4x microphone on the notebook along with quad-speakers and it’s not so surprising for me that I’m getting clear and crisp audio whenever I use the notebook for video calls and that speaker? It’s really good, loud, and clear. I’ve been using the notebook for watching videos on YouTube and Netflix and the speakers of the notebook are just good. Inside the notebook, there’s the 56Wh Li-Po battery and Huawei promises 13 hours of playback on this one but in our daily usage, we can expect that the notebook can last up to 6-7 hours of usage at 50% brightness with casual tasks and office use. When it comes to charging, this one is pretty fast and we got here a USB-C 65W Charger. Oh and any charger with 65W would work on the notebook. For the keyboard, we got here chiclet-style keys and the feel is very much the same as the other Matebooks. The travel distance isn’t that short but I feel that it lacks some tactile but after some time, I already got used to the keyboard of the notebook. There’s easy control too for the functions and it’s backlit too unlike the Matebook D 15. For the trackpad, it’s actually pretty big and spacious. It’s very responsive too and I really didn’t have any problems with it. As using it is actually a breeze. The display is one of the highlights of this notebook. First, we got here a 13.9-inch display with a 3:2 display aspect ratio. For some, they might find the aspect ratio a little bit weird but it’s actually the same one with the Surface devices from Microsoft and personally, I prefer this one as having two applications side by side on the monitor feels right. 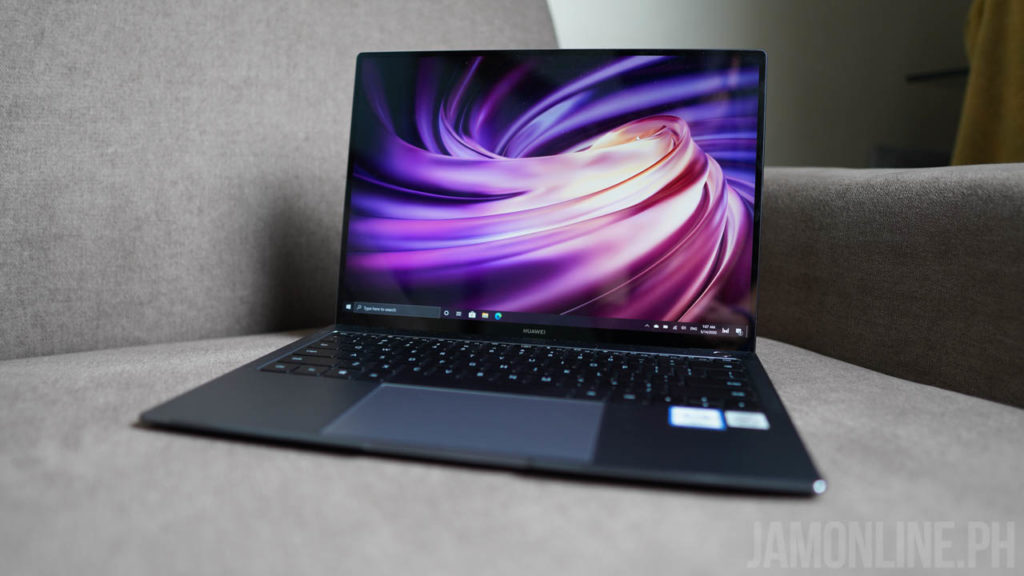 The resolution of this one is 3000×2000 which is why the display of the notebook is very crisp. It’s also bright enough at 450 nits and the colors on this one are really good thanks to the 100% sRGB color gamut. Aside from the things that I mentioned, the notebook’s display is also touch screen which gives you more flexibility when navigating on the notebook and the 91% screen-to-body ratio is just really good which is why despite having a 13.9-inch display on this one, the Huawei Matebook X Pro 2020 feels like a 13-inch notebook. The hinge of the notebook is pretty solid although there’s a little bit of wiggle whenever I’m using the touchscreen of the notebook, it’s not as annoying, unlike other notebooks. Unfortunately, the display can only go up to 120-degrees so if you want to use it for drawing, you might have a hard time with the Huawei MateBook X Pro 2020. 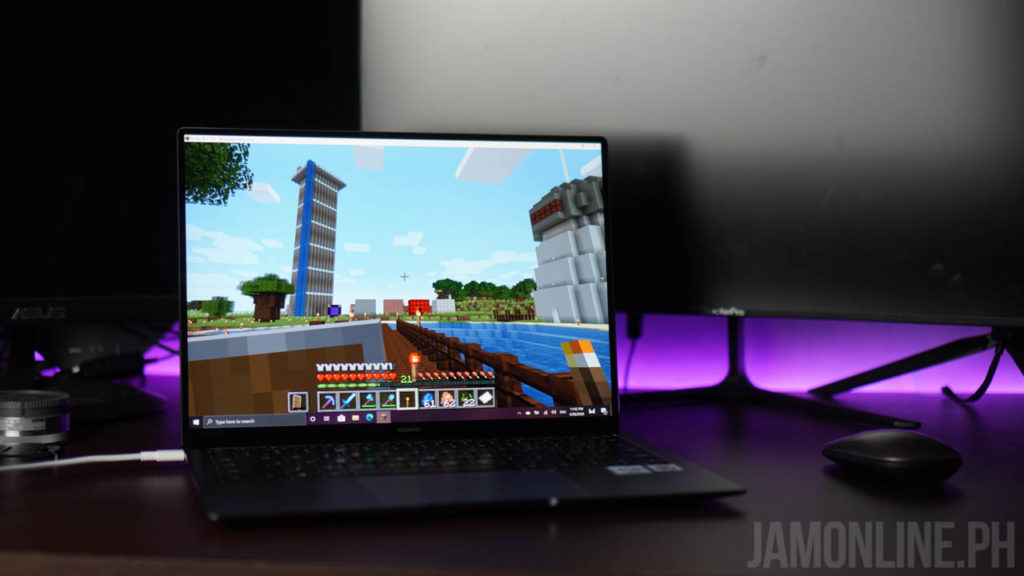 Before we talk about the performance of the Huawei MateBook X Pro 2020, let’s talk about what we can expect in the notebook. First, there’s the Intel Core i7-10510U processor along with 16GB of LPDDR3 2133MHz RAM and also Nvidia MX250 GPU. For the memory, we got here a 1TB M.2 SSD which is pretty fast. 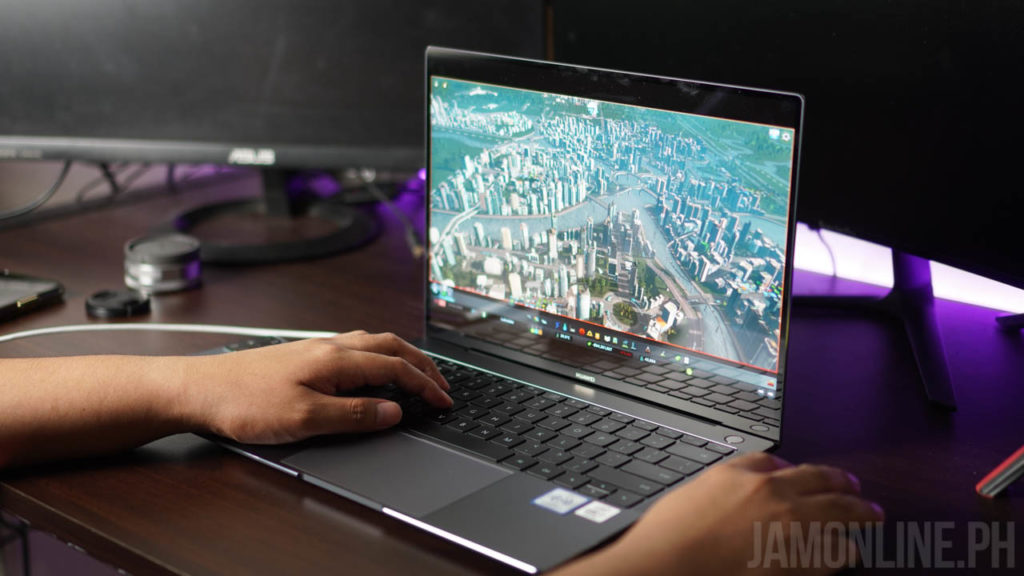 First, let’s start with memory. Inside the notebook is a 1TB Western Digital SN720 NVMe SSD that promises sequential read speed up to 3,400MB/s and in CrystalDiskMark, the SSD did its job well and really got the fast speeds that we can expect on the SSD as seen below: Now, let’s talk about the CPU and the GPU inside it. Basically, the Intel Core i7-10510U processor inside it is really powerful and if you’re into heavy CPU usage applications, you won’t have a problem with this one and it was proven in Cinebench R20 as we got here a high score of 1173. In Geekbench, we got a high score of 1132 on single-core and 3599 on multi-core.

The Nvidia MX250 can do a little bit of magic too as the GPU can support external displays just fine but if you want to use it for gaming, you might want to turn down the graphics settings of the game that you want to play. We’ve tried No Man’s Sky, Cities Skylines, and Resident Evil 2 on the notebook but I really had to sacrifice the graphics to enjoy it. In Cities Skylines, we played a city with 1920×1200 resolution and lowest settings possible and we’re able to run it just well but we notice that the CPU got really hot when playing this game.

In Resident Evil 2, we noticed that the game is really optimized for PC and despite being an having the MX250 GPU inside, we still enjoyed FPS that we got in here. We ran Resident Evil 2 at 1280×720 at the lowest settings possible. In No Man’s Sky, the game was a little bit demanding and we notice a lot of frame drops on the game but toning down the graphics of the game can make the game playable.

One thing that I’ve noticed in the notebook is that the Huawei MateBook X Pro 2020 gets really hot when playing games even reaching up to 95 degrees Celsius according to Core Temp. But during Idle, it goes down to 40-degrees. Overall, the CPU is pretty powerful on this one and despite being an ultrabook, the Matebook X Pro 2020 can do a little bit of gaming. 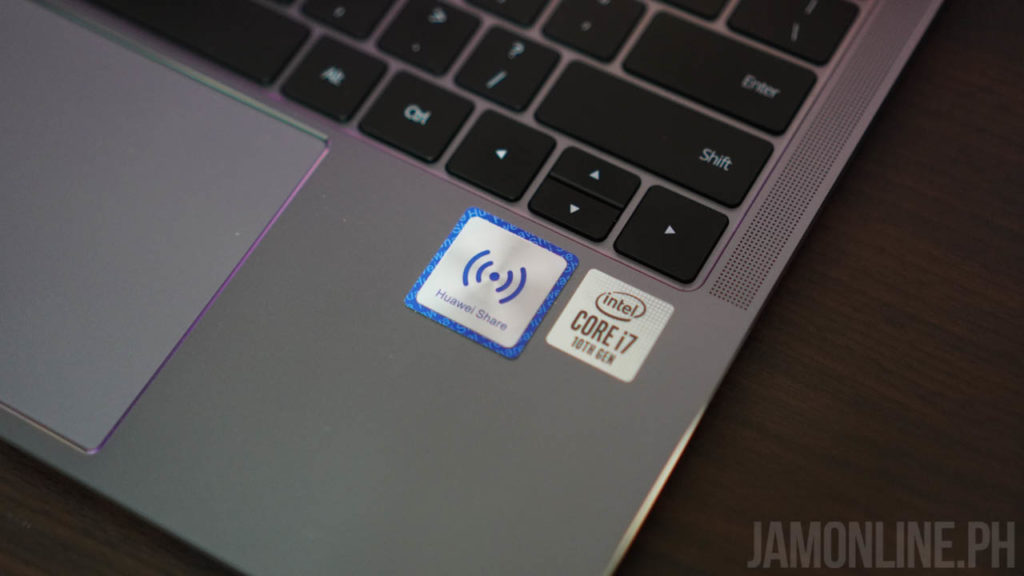 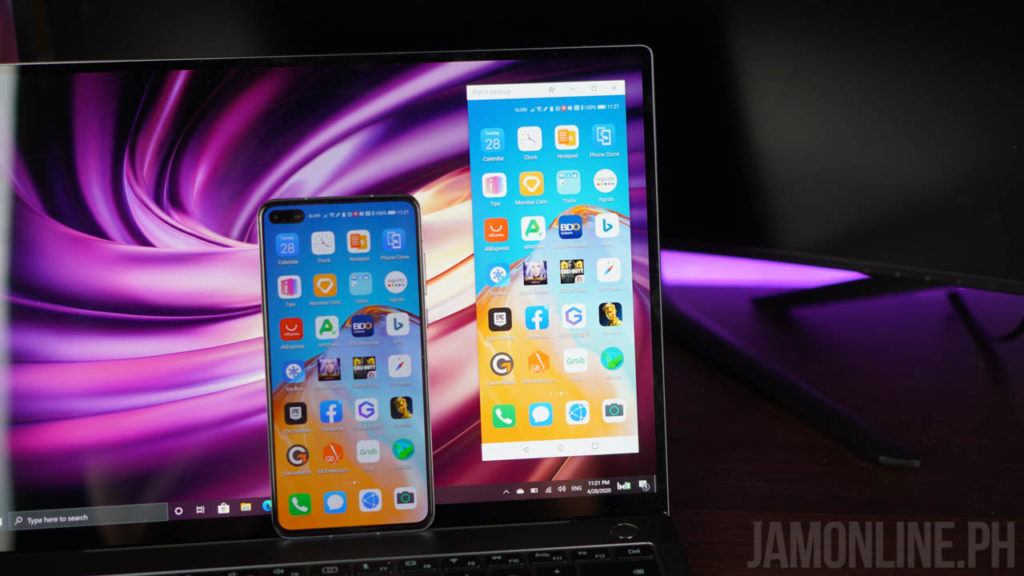 My personal favorite on this one is the display mirroring of my Huawei P40 to the Matebook X Pro 2020 which makes my life easier and less distracting as I don’t need to look my phone every time there’s a notification.

Thankfully, the Huawei Matebook X Pro 2020 doesn’t have a lot of pre-installed software but this one comes with PC Manager which is pretty helpful in a lot of cases. How? With a single click, the PC Manager can diagnose if the drivers need to be updated or if there’s a problem in your hardware. The Huawei Matebook X Pro 2020 is an excellent notebook and it’s a great alternative to the MacBook Pros and it can really compete as this one has a more powerful Intel Core i7-10510U processor compared to the Intel Core i5 processors of the Macbook Pro 13”. The Huawei MateBook X Pro 2020 can also be your workhorse as this one packs a powerful hardware inside and the MX250 GPU can also do a little bit of gaming. The battery of the notebook is quite fine too and the design and display of the notebook are really excellent. However, the notebook comes with a steep price of Php119,990 which competes against the likes of the Lenovo Yoga S940. So who is the Huawei MateBook X Pro 2020 for? Well, if you are aiming for a premium notebook as your workhorse and you want to join in the Huawei ecosystem then you might want to opt for this one.