The Huawei P-series is one of the most exciting smartphone series every year due to the game-changing cameras that are introduced every year and of course, the sexy and beautiful design of the smartphones. This year, we’re getting the Huawei P40 series and it comes in three variants but today, we’re gonna review the most affordable and smallest smartphone of them all: the Huawei P40. Despite being the smallest and affordable in the flagship series, the Huawei P40 still packs a sexy and premium design. Just like the Huawei P40 Pro, we’re still getting here a glass back and trust me, it’s one of the best builds right now on a smartphone thanks to its matte glass finish at the back. Since we got here a matte glass at the back, it feels like that the body has more depth and it has a better and cleaner look compared to glossy glass as the matte glass shows fewer fingerprint smudges. 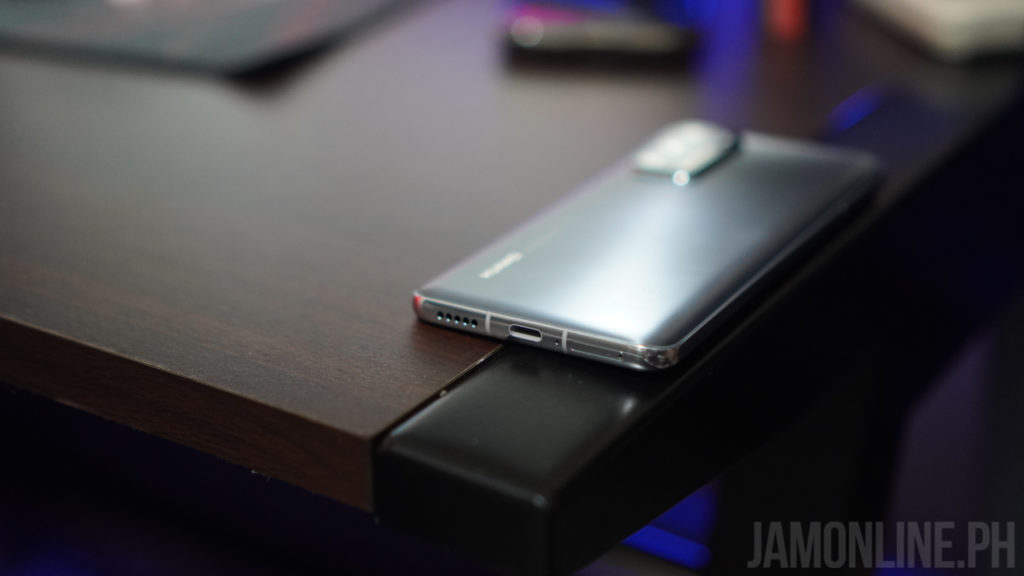 The smartphone also features a USB-C port and of course, it supports. 22.5W fast charging and just like the previous Huawei smartphones, there’s no headphone jack on the smartphone that’s why I highly suggest that you guys get a Huawei Freebuds 3. 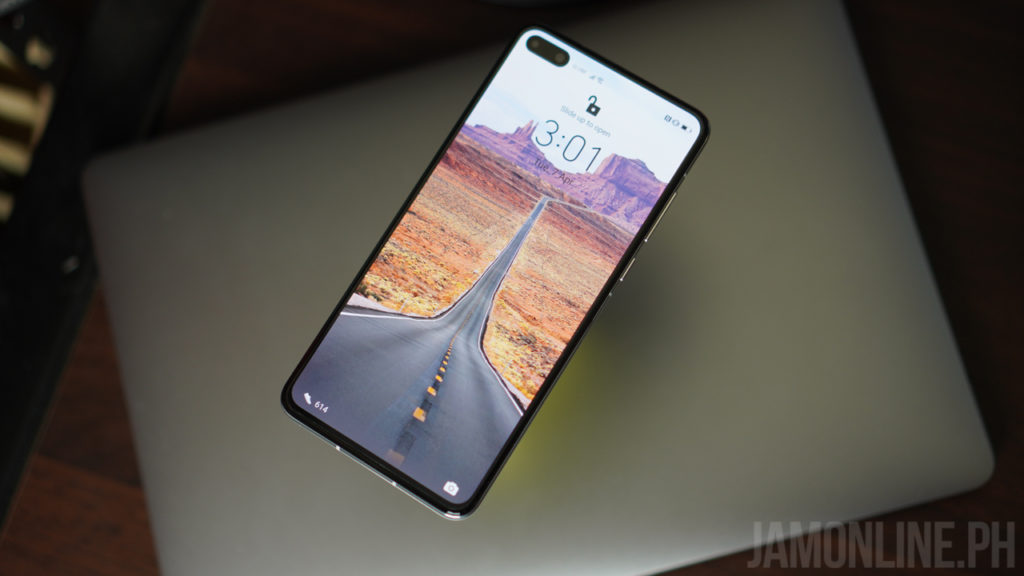 Since we got here smaller bezels and display, the footprint of the smartphone isn’t that big which makes it handy. The display of the Huawei P40 is still nice, beautiful and the colors are just good. 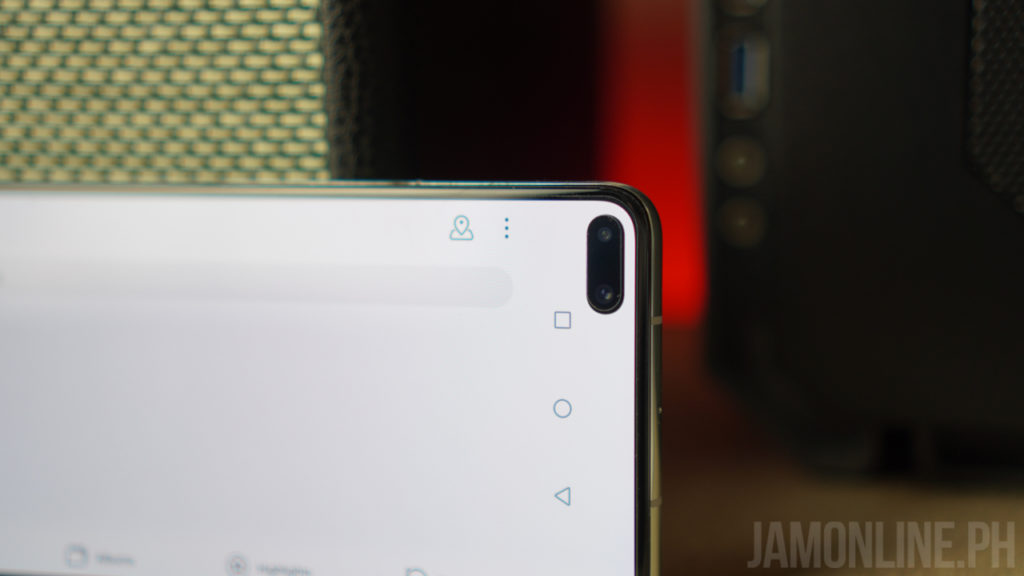 Another thing that you’ll notice is that there’s a larger punch-hole camera on this smartphone thanks to the dual-selfie camera. Yes, it’s quite big after a few days of using it, I already got used to the selfie camera of the smartphone. Inside the Huawei P40 is a 3800mAh battery and it’s quite reasonable on this one since we got here a thin body on this smartphone. In PCMark, we were able to get 14 hours and 13 minutes of battery life which is pretty nice. But of course, you can still resort to other app stores like Tap.io and also APKpure for some apps and games just like the other Android smartphones. When it comes to software and user experience of the EMUI, it has drastically improved on this one. Not only that we got Huawei Share on this one in where we can mirror the display of the smartphone to Huawei tablets or notebooks, but we can also now experience MeeTime on this smartphone that can compete against the iPhone’s Facetime.

Other features that you can expect from the Huawei P40 is the system-wide dark mode and the digital balance that lets you control your usage of the smartphone. Inside the smartphone is a Kirin 990 5G chipset. This is almost the same chipset that we’ve used before on the Huawei Mate 30 Pro but this time, the chipset comes with built-in 5G inside it. Yes, the smartphone supports 5G so as long as your telco and area support 5G, the Huawei P40 can easily switch to 5G with a press of a button in the notification. With 5G, not only that you can get better speeds on your smartphone but you can also have less latency and better gaming experience. Speaking of games, we’ve encountered the Kirin 990 before on the Huawei Mate 30 Pro and we enjoyed the performance that we got on the smartphone as it was powerful and everything was really fine when running on the smartphone. In our benchmarks, the Huawei P40 didn’t fail to satisfy us as we got fine scores for a flagship smartphone. When it comes to gaming, the Kirin 990 still managed to impress us with a really good FPS and FPS stability in most of the games that we’re playing however in PUBG Mobile, I’m still wondering why I can only use Extreme FPS at smooth settings while the Huawei Mate 30 Pro can run the game at HDR settings with extreme framerates. Nonetheless, the Huawei P40 still managed to do pretty well in terms of gaming. There are three variants of the Huawei P40 and there are also three different rear cameras on the smartphone series. For the Huawei P40, we’re getting here a 50MP Ultra Vision camera, 16MP ultra-wide angle camera, and an 8MP telephoto camera and for the selfies, we got here a 32MP selfie camera paired with an IR camera. Now, it’s not only the camera that is working well on the Huawei P40. The smartphone’s AI prowess also helps in producing better photos on the smartphone thanks to the Kirin 990 5G chipset inside and yes, you can easily remove reflections when you’re shooting at Windows and that was helpful. If you’re curious about the camera of the smartphone, here are some of the shots that I took using the Huawei P40:

As you can see in the shots, the presence of Depth of field is easily noticed in most of our shots and whether we use the main camera or the wide-angle lens, the Huawei P40 is doing pretty well. Despite the lack of the ToF sensor at the rear camera of the smartphone, the Huawei P40 can still produce pretty good portrait shots with amazing details. The smartphone is also capable of 4K60fps video recording and it was just fine for me. For selfies, the smartphone has an even better depth detection and yes, it was really an upgrade over the previous generation but there’s still a little bit of softness in some selfies. But overall, the Huawei P40 has definitely upped the ante again when it comes to the rear camera of smartphones. The Huawei P40 has once again proved that it’s one of the best smartphones in the market. First, we got here a decent body and design that is really premium, there’s 5G inside, the camera is pretty good, the processor is powerful and the smartphone has a lower price compared to most flagship smartphones. But if you can afford the pro version, you better go for that one as you can get more features with the P40 Pro and the P40 Pro Plus. If you’re ready to take join the HMS community then you can check out the Huawei P40 for only Php36,990.