OPPO has also launched their newest mid-range smartphone that will succeed the OPPO F9, and it’s the OPPO F11 Pro. The smartphone has a big upgrade when it comes to design due to its similarities with the OPPO Find X rather than the OPPO F9. Want to know more about it? Check out the review of the smartphone below. One thing is for sure, the design of the OPPO F11 Pro is a lot different compared to the previous F-series smartphones of OPPO. The smartphone feels a little bit heavier and thicker than before. Yes, it does add some solid and premium feel to the smartphone but the ergonomics feel different now as the smartphone might slip in your hand so I strongly suggest that you use the included hard case for the smartphone. The smartphone has an even better feel as the OPPO F11 Pro features polycarbonate body but the feel of it is actually like glass which is really amazing. Again, the smartphone is a big leap compared to the predecessor due to its new design. Oh and the color? I love it. The gradient colors of blue and violet at back reminds me of the OPPO Find X and it’s definitely one of the best design that we’ve seen in its price range. 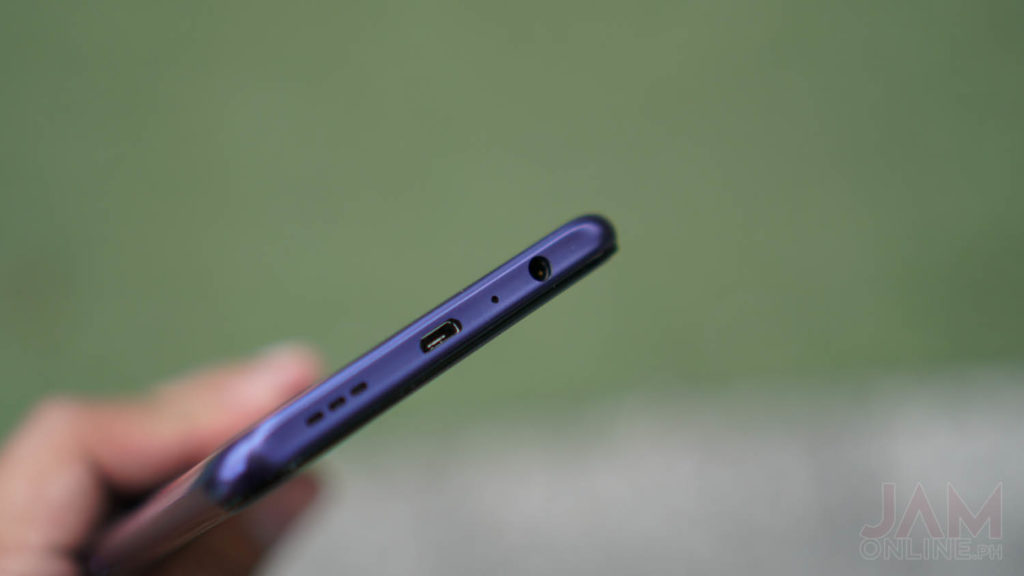 Looks like 2019 is the year of no notch displays and the OPPO F11 Pro is one of the proof. The smartphone does have a 6.5-inch Full HD+ display with a 90.9% screen-to-body ratio which is pretty immersive when you’re playing games and also watching movies on Netflix. Despite the usage of the TFT-LTPS panel, the OPPO F11 Pro does have a satisfying display. It may not be as great as the AMOLED displays but the OPPO F11 Pro will definitely do its job well. Overall, the brightness, colors, and contrasts of the display of the smartphone are just fine. The OPPO F11 Pro has a 4000mAh battery which will let you last a whole day of usage but of course, it will depend on how you use the smartphone. In our usage, we used the OPPO F11 Pro for a whole day and we NEVER used a power bank for the smartphone. Another thing, the VOOC 3.0 charging is also really fast but not as fast as Super VOOC. For an hour of charging, I can already get more than 60% of the battery which is really good for a day of use. In our test, the OPPO F11 Pro managed to get a score of 9 hours and 48 minutes at PCMark which is just a fine score. 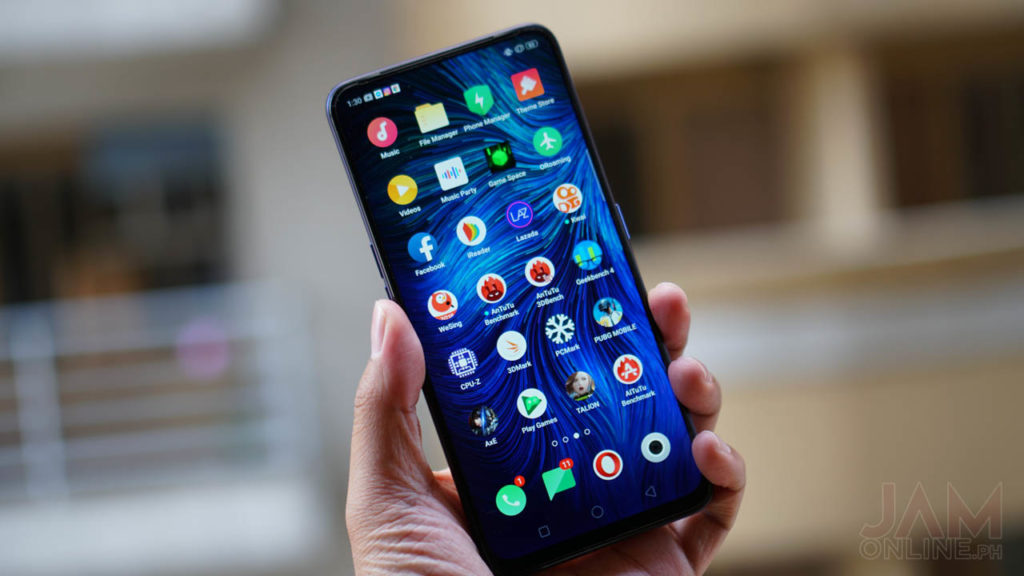 The OPPO F11 Pro uses an Helio P70 which is the successor of the Helio P60 however, the Helio P70 isn’t really a big upgrade compared to the predecessor. MediaTek mostly focused on the AI capability of the chipset with the Helio P70 which is good in most cases and most features of the smartphone. In our benchmark, we’ve seen better performance slight upgrade on the CPU and a noticeable difference in the GPU department. 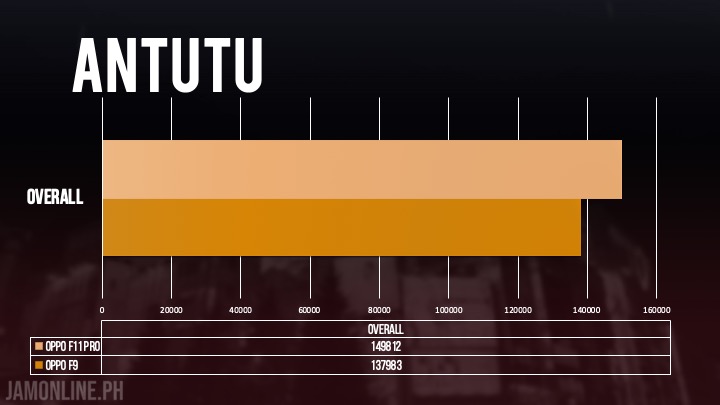 In our test, we still got a better score on the Helio P70 over the Helio P60 which was used by the OPPO F9. However, it’s a problem that the performance difference isn’t really that big. So don’t expect too much on the Helio P70 of the smartphone. Gaming on the smartphone will just run well. If you plan to play Mobile Legends then that won’t be a problem to the smartphone and surprisingly, even at PUBG Mobile and NBA 2k19, the smartphone did well in our GameBench benchmark however, we’re still stuck at high frame rate at PUBG which means that the smartphone is capped at 30fps.

ColorOS is a lot better One of the things that I really like on the OPPO F11 Pro is the all-new Color OS 6 which is also seen on the Realme 3 that we’ve reviewed earlier. The UI of ColorOS 6 is not just user-friendly but it is also very nice to look at too. The elements were cleaner and of course, it was a lot faster. As expected, there will be some pre-installed applications but most of them are useful and of course, it won’t take too much of your storage on the smartphone. The OPPO F11 Pro’s main feature is its 12MP rising camera which is basically a pop-up camera which hides the front camera of the smartphone. The look of it is not the same as the OPPO Find X as this one features a periscope-like design. The Dazzle color also helps in improving the color and also brightens up the image as seen in the image below. If you’re into stylish phones and if you’re into the selfie game then you might want to take a look at the OPPO F11 Pro. The smartphone is available forPhp18,990