realme 8 5GThe realme 8 series is here and it’s one of the smartphones that we’re looking forward to after its announcement because it brings an affordable price and also 5G which is still new today in the country. But is it good? Well, we’re gonna discuss that in our review today Unlike the realme 8 Pro that we’ve reviewed before, the realme 8 5G sports a glossy back but the design language is still in line with the realme 8 smartphones. It’s clean, sleek, and the look of the smartphone is premium. As for the ergonomics, the realme 8 5G comes with a curved back which is really ergonomic to the hands and despite having a 5000mAh battery and 5G inside, the smartphone still comes with a sleek profile. Because of its glossy back, the smartphone can attract a lot of fingerprints and also smudges but again, the smartphone does have a pretty premium look at the back that looks like glass from afar. 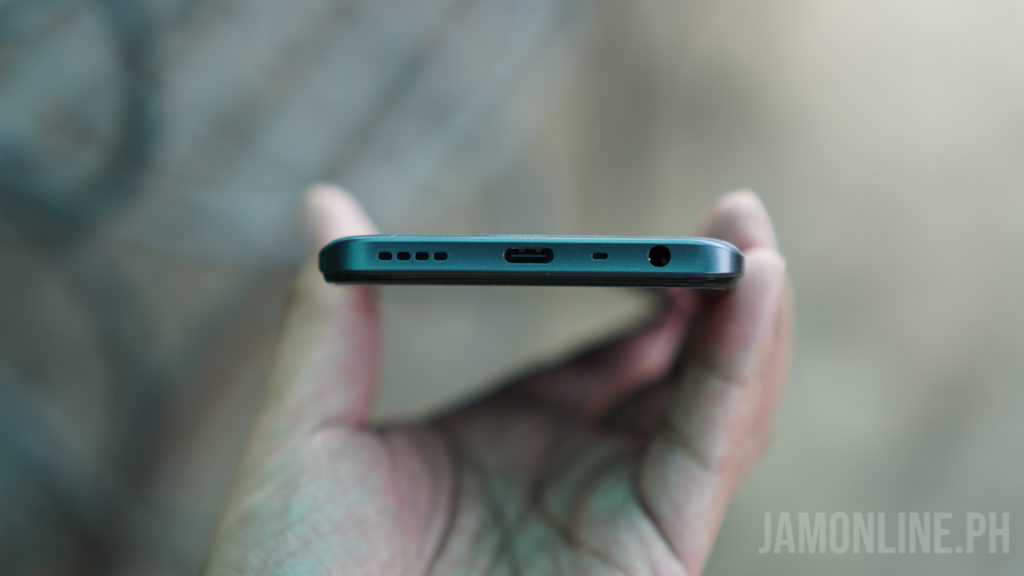 Below the smartphone is where you can find the USB-C port that only supports 18W charging and also a 3.5mm headphone jack for external audio. Unfortunately, it will take some time before you can fully charge the smartphone, unlike its other realme 8 brothers that come with a faster Dart charge. The realme 8 5G comes with a large 6.5-inch display with Full HD+ resolution. The smartphone uses a full HD+ resolution thankfully and we got here a 90Hz refresh rate which will give us a smoother motion than most smartphones but when playing games on the smartphone, you wouldn’t see it get past 60fps. As for the quality of the display, I can use the smartphone. even when playing games outside but don’t expect that the smartphone will have the same caliber as an AMOLED smartphone but hey, at least we’re getting here a Full HD resolution and also a 90Hz refresh rate, and the IPS display isn’t that bad.

The realme 8 5G runs on Android 11 and it comes with realmeUI 2.0. It’s clean and the colors of the UI are easy to the eyes and again, the 90Hz of the smartphone does help in the smooth transitions on the smartphone especially when you’re browsing apps on the app drawer. But if you want, you can switch to 60Hz for a smoother refresh rate on the smartphone. As for the processor, they opted for the MediaTek Dimensity 700 5G chipset inside which is one of the most affordable 5G chipsets out there in the market and then there’s the 8GB of RAM. When it comes to benchmarks, the smartphone was able to get a score of 366k in Antutu. Check out the benchmarks of the smartphone below:

We also tried the smartphone for playing games like Genshin Impact and the smartphone might be able to run the game but expect some frame drops whenever you’re on heavy scenes on the game. When it comes to PUBG Mobile, we were able to play the game at balanced settings with ultra framerate and it was quite good at that. As expected, the shots that we took don’t have the sharpest or the best quality but it can get the job done if you just want to take photos or use the camera for normal usage. If you want the best camera experience, you better go for the realme 8 Pro.

The realme 8 5G is one of the most affordable 5G smartphones out there which is the main selling point of the smartphone. Aside from that, the smartphone does pack a premium design and also a processor that will do the job but it doesn’t really excel in the camera department.

Nonetheless, if you’re looking for an affordable 5G smartphone then you might want to take a look at this smartphone.