Realme’s slogan “DARE TO LEAP” is also highlighted and bold on this one at the back of the smartphone. Some might find the glossy motto annoying but personally, it’s just fine with me. As for the weight, the smartphone is really light and thin at 176g and 8.1mm Super Slim. Definitely one of the thinnest smartphones in the market. 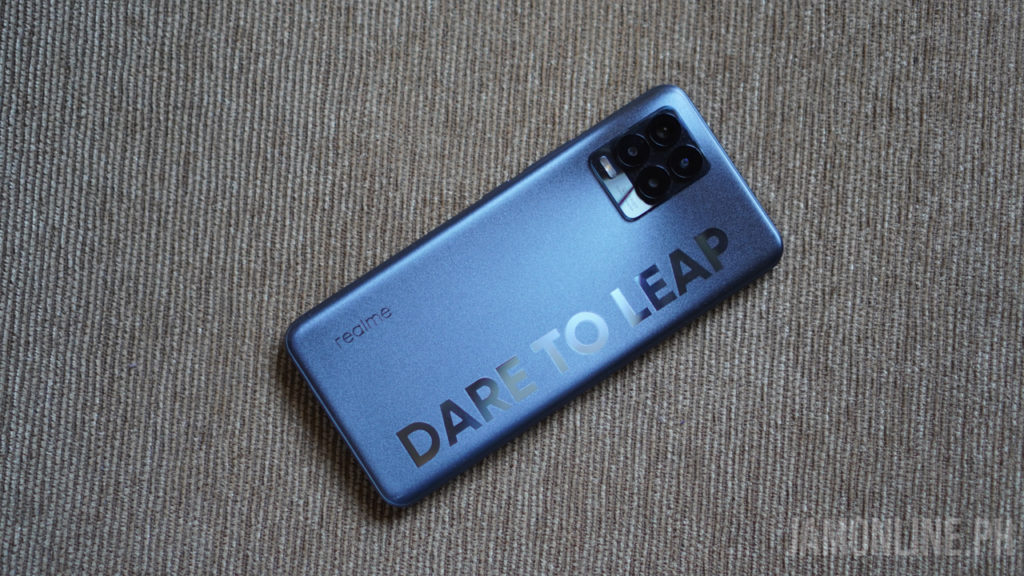 The one that we got is Infinity Black and the colors that are available on this one are subtle and yet they look really good. But what I really like about it is that realme has managed to fit in a 4500mAh battery at this weight and size and the smartphone? It’s really ergonomic. And then there’s the quad-camera module that looks really good on the smartphone. The power button and also the volume rocker is located on the right and they are easily reachable by hand even on one hand usage and as for the ports, there’s the USB-C port on the smartphone which supports 50W charging which is down from 65W but they’ve changed to a higher ampere instead of the higher voltage which gives the smartphone a more optimal battery but don’t worry because 50W is still really fast compared to other chargers out there in the market right now. For the display, we got here the right size at 6.4-inch and then there’s the Super AMOLED Display with Full HD+ resolution. We still got here a 60Hz refresh rate and a decent 90.8% screen to body ratio and of course, there’s the punch hole selfie camera at the upper left part of the smartphone. But the touch sampling rate is at 180Hz The Super AMOLED display that we got in here is vivid, colorful and it’s actually pretty bright at up to 1000 nits. It also houses the in-display fingerprint scanner of the smartphone which is fast enough. Using the smartphone outside won’t be a problem as the realme 8 Pro’s display is really visible when using outdoors. 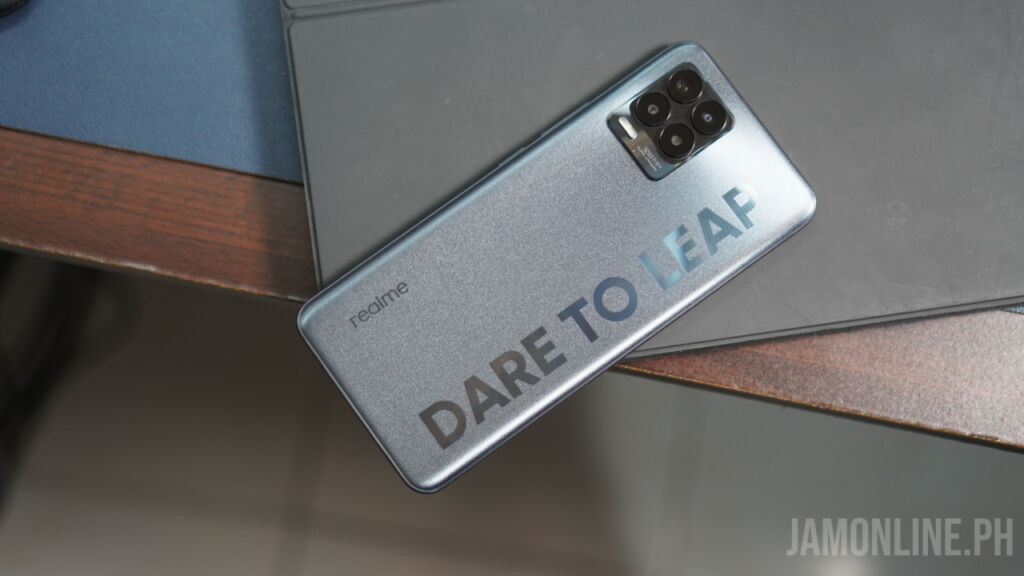 Inside the realme 8 Pro is a 4500mAh battery and for its thickness and weight, I’m pretty happy that realme managed to fit that into the smartphone. The battery of the smartphone can go up to 17 hours and 3 minutes on PC Mark Battery test and that’s actually pretty long.

As for my usage, I was able to use the smartphone for a long single work day of usage with still some juices left. After that, I can charge the smartphone pretty fast with its 50W charger. The realme 8 Pro runs on the latest realme UI 2.0 that is based on Android 11. The icons and the colors are easy to the eyes so it’s really pleasing to the eye and there isn’t that much bloatware that are included on the smartphone. And of course, the smartphone’s UI is fast, swift, and responsive. I just hope that the next version would have a higher refresh rate so we can appreciate the beauty and responsiveness of the realme UI 2.0 Inside the smartphone is the Qualcomm Snapdragon 720G Octa-Core chipset which is the same processor that was used by its predecessor. There’s 8GB of RAM too which is just enough for most smartphones these days. Does it perform in apps and games? Definitely. You can run most apps and games on the smartphone without problems and if you’re not a gamer, you wouldn’t have a problem running anything on the smartphone as most basic applications are running just fine.

As for the games, I was able to play different games on the smartphone including League Of Legends: Wild Rift and even Genshin Impact but of course, you have to lower the settings of the game in order for the game to be playable.

When it comes to benchmarks, the realme 8 Pro performed just fine as we were able to get these scores which are already expected for its specs: First, let’s discuss what we can expect from the camera of the smartphone. We got here a quad-camera setup on the smartphone with a main 108MP camera. Along with that is the 8MP Ultra wide-angle lens, 2MP macro lens, and 2MP B&W lens. For the selfies, we got here a 16MP in-display selfie camera. Well, the 108MP performed really well and it has exceeded my expectations. Most of the shots that I took were sharp and the colors are fine and with the 108MP shot, I could get more details on the smartphone but it takes a while before it can capture the shot so be sure to use it only on non-moving objects.

Here’s a sample video of the tilt-shift time-lapse and also the Starry time-lapse video: The realme 8 Pro is a leap in terms of the camera and also the design of the smartphone. We might be using the same processor here and also a 60Hz refresh rate on the display but the smartphone features a unique design that we rarely see on smartphones and also a camera that is pretty good for a midrange one. 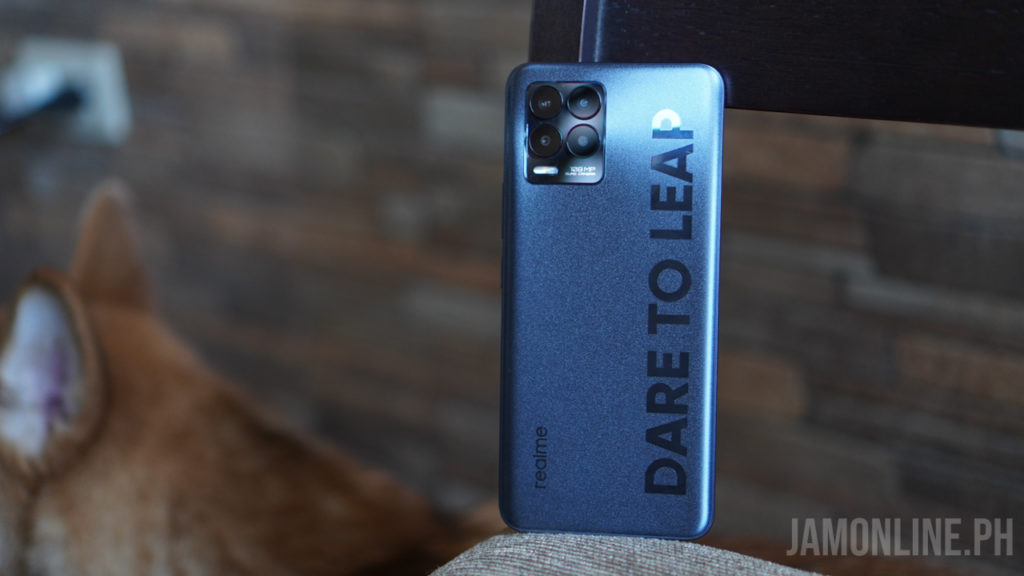 The realme 8 Pro is now available in the Philippines for Php16,990.