The back is made up of plastic which makes the body light and the curves at the back makes the Samsung Galaxy A42 5G really ergonomic to the hands. The body is thin too so despite having a large 6.6” Super AMOLED display on the smartphone, it’s still easy and comfortable to the hands. On the right, we got here the power button and the volume rocker and below, there’s the USB-C port that supports up to 15W of Fast-Charging only and thankfully, they have an in-display fingerprint scanner for this one instead of the side-mounted fingerprint scanner. One of its main selling points is that the Samsung Galaxy A42 5G features a large display. It’s actually a 6.6-inch Super AMOLED Display which is more than enough for most people. Having a large display is great for watching videos and playing games but the downside is the resolution – there’s an HD+ resolution on this one that’s why the display is not as crisp as the other Galaxy A smartphones but still, we still got here a Super AMOLED panel which is why the display of the smartphone is vivid, bright, and the blacks are great. Despite having a slim and light body on the smartphone, the Samsung Galaxy A42 5G features a 5000mAh battery and it might take a while to charge the smartphone with its 15W Fast Charging, the smartphone was able to last up to a day and a half of normal usage. In our PC Mark battery test, we were able to get a score of 15 hours and 15 minutes which is pretty damn good.

The Samsung Galaxy A42 5G runs on One UI 2.5 under Android 10 but don’t worry because the One UI 3.0 update for this one is on the way this year so you’ll be able to experience Android 11 on this smartphone. Personally, I prefer One UI due to the simplicity of the UI and after weeks of usage of the smartphone, I didn’t noticed any lags on this one and it was smooth as ever. As for the installed apps, there are some apps here that belongs in the Samsung ecosystem including Galaxy Store, Samsung notes and more. Most of them are useful and of course, there are the google apps and also the Microsoft apps preinstalled on the smartphone.

As for the games, we were able to run most modern games but you have to set your expectations a little bit lower than the Snapdragon 765G. We can run games like Genshin Impact and League of Legends: Wild Rift on the smartphone but you have to set it at low to medium settings to get an enjoyable frame rate. 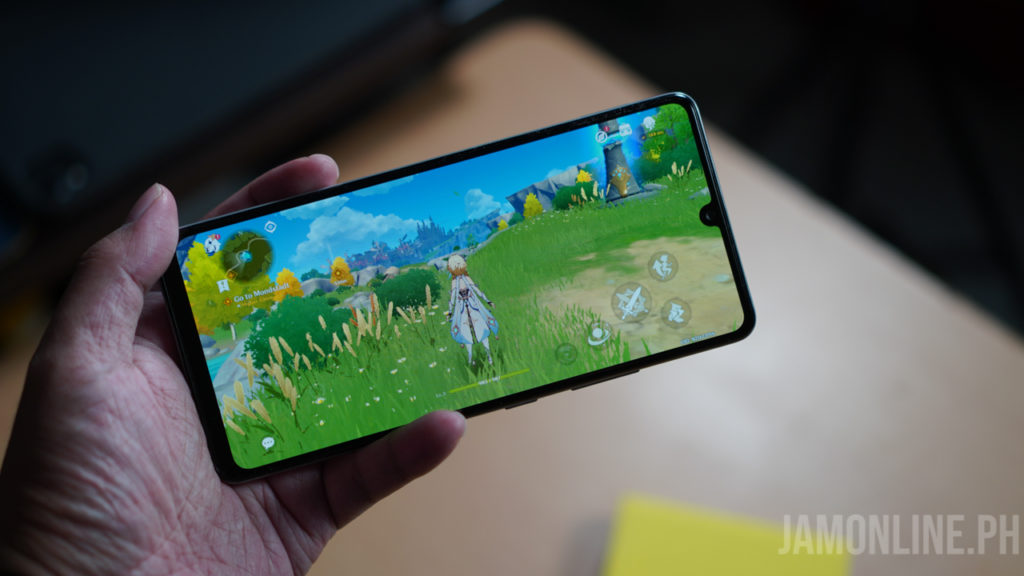 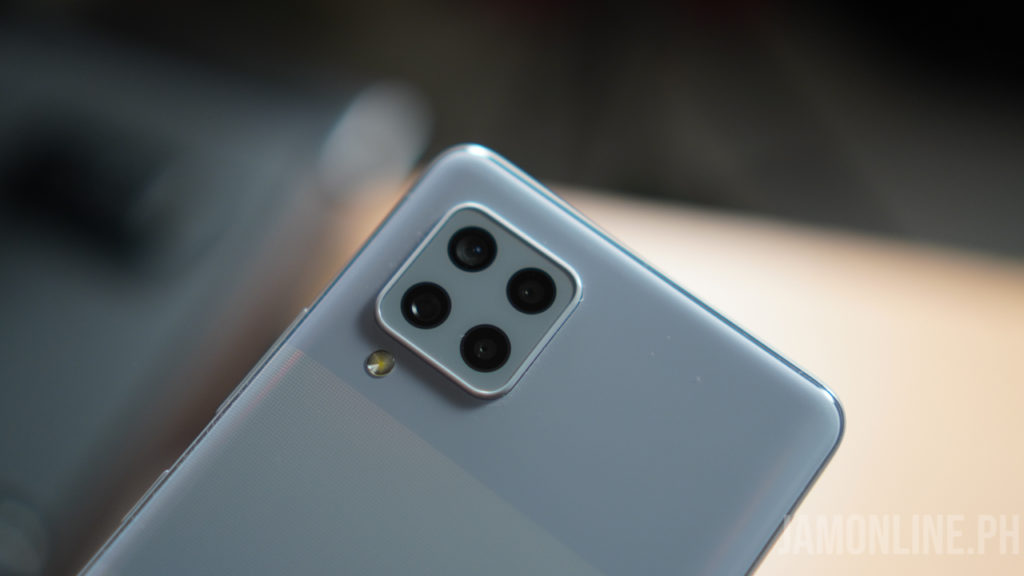 For the camera, the Samsung Galaxy A42 5G features a quad-camera setup with a 48MP primary camera along with the 8MP ultrawide camera and also a 5MP macro camera and a 5MP depth sensor. To be honest with you guys, the only important cameras in here are the 48MP main camera and also the 8MP camera. As for the selfies, we got here a 20MP selfie camera.

At night shots, I noticed that the smartphone can capture photos with a decent brightness but I notice that there’s a big difference when it comes to the quality. It’s not bad actually but you can easily see that it’s softer at night shots. The Samsung Galaxy A42 5G is a decent mid-range 5G smartphone from Samsung. It has the features that we need on a basic smartphone – it’s fast, long battery life, and the camera will do just fine. However, if you’re not a fan of the HD display, you might be disappointed with this one but the Super AMOLED panel just gives us a way to enjoy the vividness in its 6.6-inch display.

The Samsung Galaxy A42 5G is now available at Smart Signature  postpaid plans.