Samsung has recently upgraded their Galaxy A52 5G with the launch of the Galaxy A52s 5G. The smartphone is very similar to the previous generation but this time, we got a faster processor that we can take advantage for gaming and of course, we still got 5G that enables us to download games faster and to have better latency in gaming. One of the noticeable things about the Samsung Galaxy A52s 5G is the build quality. Yes, it does have a similar design to the original Samsung Galaxy A52 5G and yes, it is still made up of plastic. Is it bad? Well, it doesn’t feel as premium as the Galaxy S series and IMO, it would be better if they opted for a glossy back just like the Galaxy A51 series. 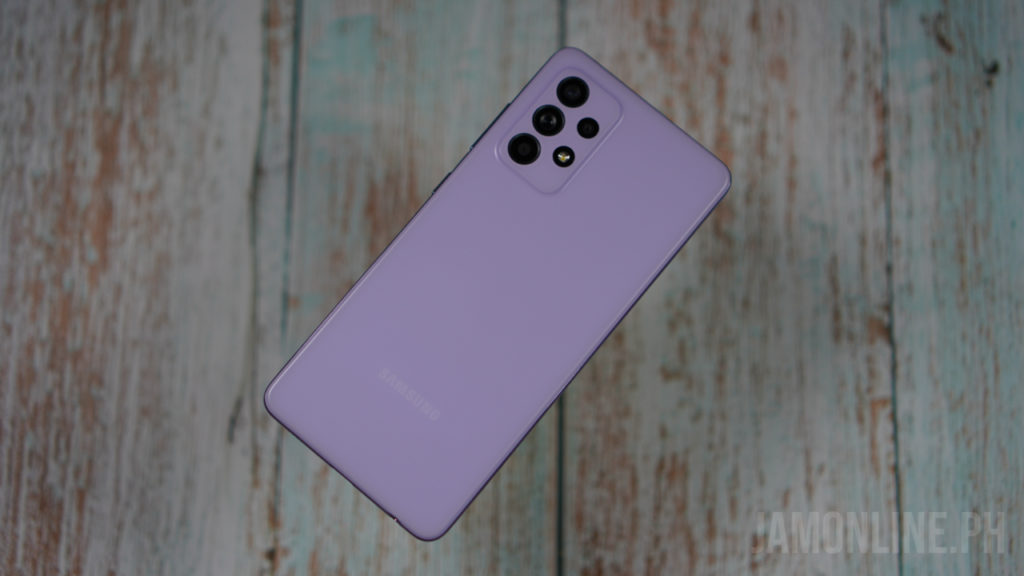 Having a plastic build on the smartphone also means that the Galaxy A52s 5G is light unlike other smartphones but the variety of soft pastel colors that are available for the smartphone makes it more interesting for the consumers. When it comes to ergonomics, I actually like the feel of it despite having only slight curves on the smartphone. Its lightness makes it easy to use in one hand. 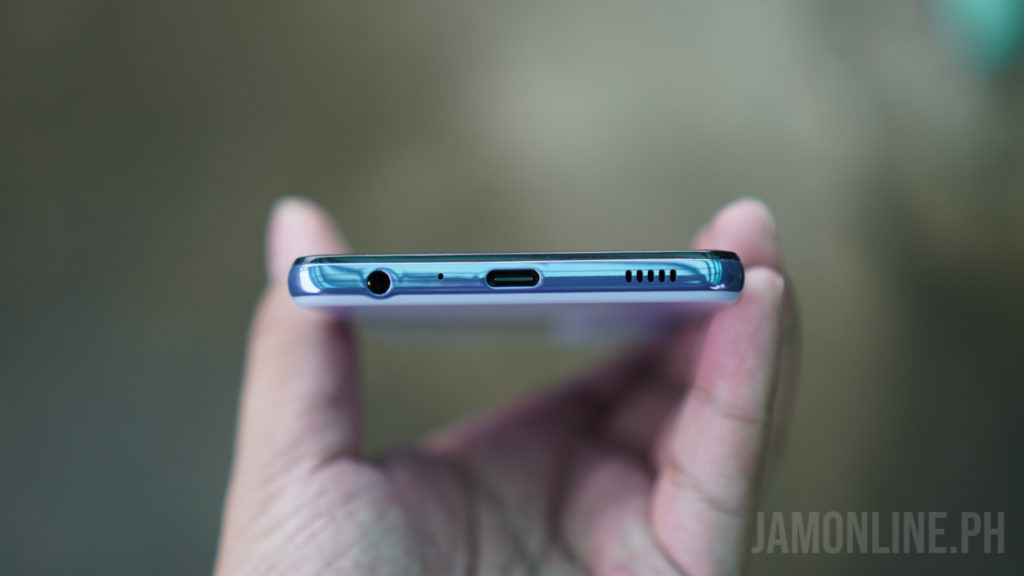 Another thing to add about the smartphone is that it now comes in water and dust resistance so you don’t have to be worried about sudden rain or pool accidents next time. Once again, Samsung has impressed us with the display of the Samsung Galaxy A52s 5G. The smartphone features a 6.5-inch Full HD+ Super AMOLED. The size? It’s perfect for me whether I’m planning to use the smartphone for gaming or for watching movies on Netflix. As for the refresh rate, it comes with a 120Hz refresh rate which gives us a big advantage compared to other smartphones. Unfortunately, it isn’t dynamic, that’s why it doesn’t save too much battery but hey, at least it’s smooth and very responsive.

Inside the smartphone is a 4500mAh battery and by the numbers, it does sound fine for its size. In our PC Mark Work 2.0 Battery test, we got a score of 10 hours and 7 minutes. That duration is on the average side but in our usage of the smartphone we tend to have a longer battery life on the smartphone which is good. 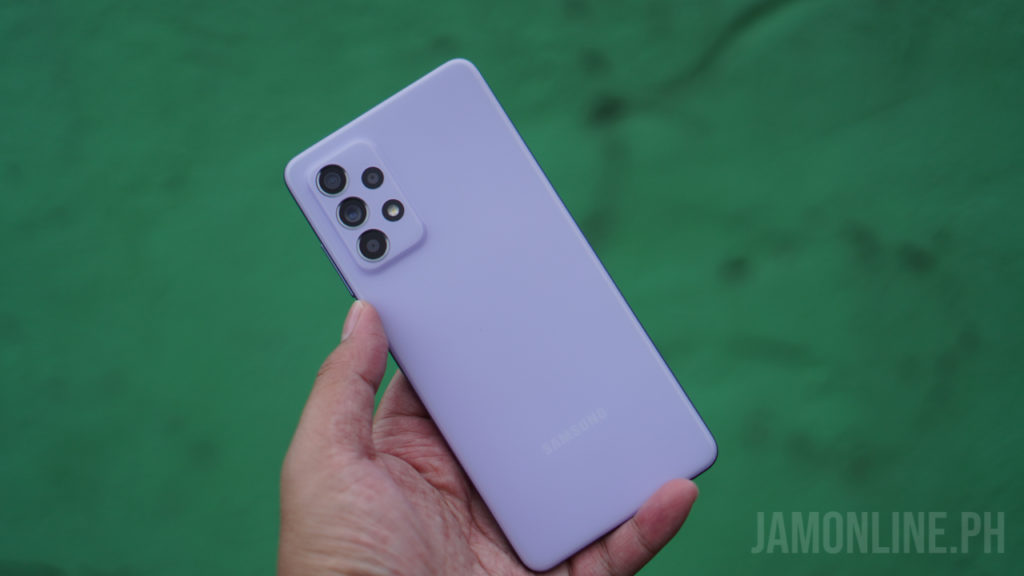 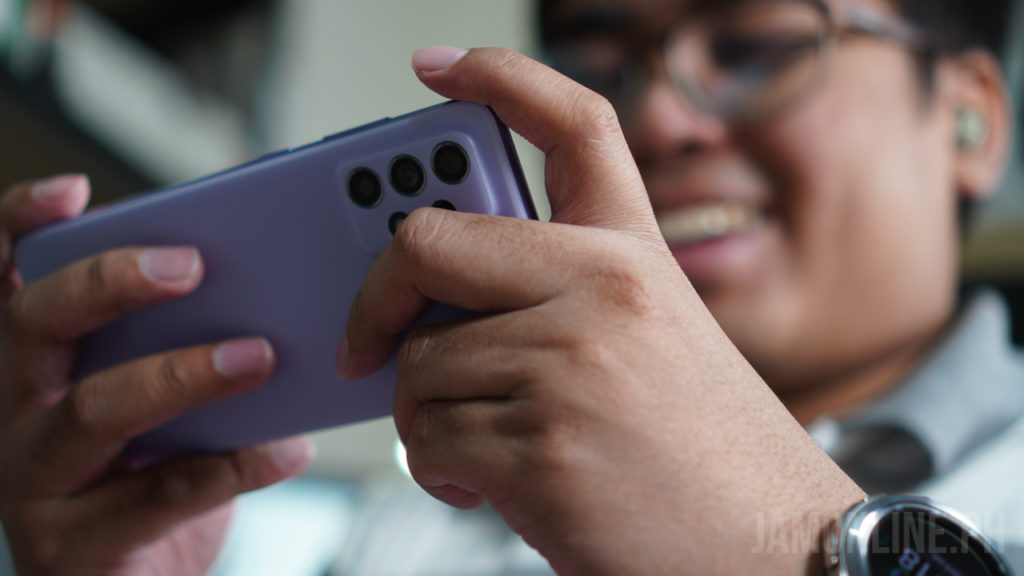 As expected, everything that we have in here is smooth thanks to the combination of the Snapdragon 778G 5G chip and its software and the UI is very easy to the eyes. As for the performance, we got here a big upgrade compared to the Snapdragon 750G that was on the Samsung Galaxy A52 5G. First, let’s talk about the benchmarks:

In Antutu, we got a big leap in terms of performance from Snapdragon 750G which makes this smartphone a great choice for gamers.

In 3DMark Wild Life, we can see that the smartphone does perform 100% better than Snapdragon 750G which is a great benchmark to take note when it comes to gaming.

Lastly in Geekbench, the smartphone does perform a higher score in multi-core scores which gives us a clue that the smartphone performs better in rendering.

But the ultimate test for that is when it comes to gaming. First, the Snapdragon 778G 5G does perform well when it comes to thermals as the temperatures that we got in here were just warm and not that hot compared to the later Snapdragon 8 series smartphones. In our test, we were able to play League of Legends Wild Rift in 60fps and we were even able to play Genshin Impact at high settings with 30 fps. That’s a pretty considerable leap compared to the Snapdragon 750G if you ask me. As you’ve noticed, the photos that we got on the smartphone are sharp and the dynamic range was good as well. I can’t say that this is the best camera smartphone in its price range but it’s definitely worth looking at. The night shots that we got were also brighter and better than I expected and the selfies on the smartphone weren’t the sharpest but it’s already nice enough for it to be uploaded on social media sites. Overall, I’m pretty happy with the camera of the smartphone. 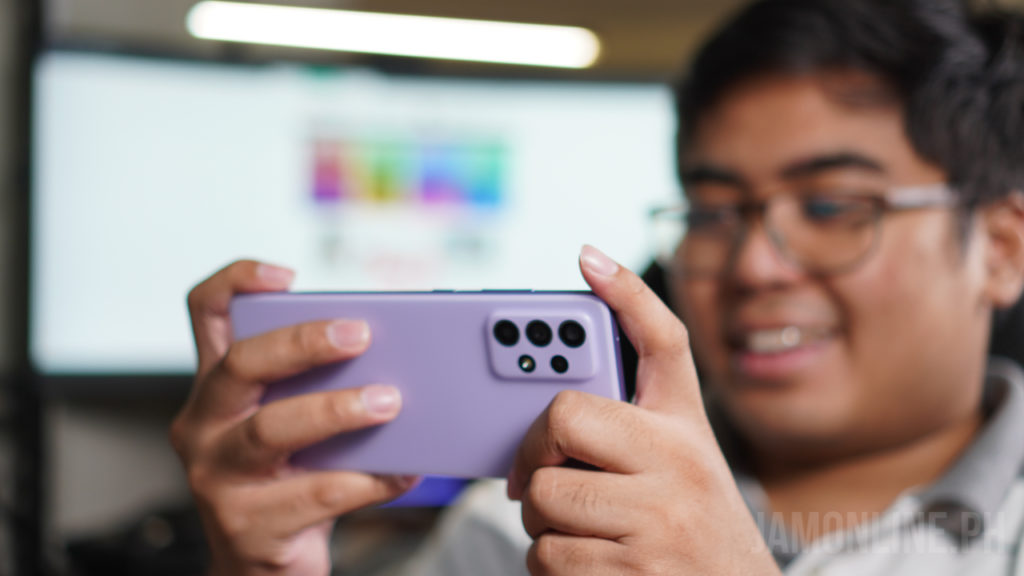 Overall, the Samsung Galaxy A52s 5G balances everything that we need on our everyday smartphone. It’s not a flagship smartphone but it does want to act like one. First, the processor is very decent and it’s an excellent choice for Samsung to go for Snapdragon 778G 5G and then there’s the 120Hz display which is comparable to some flagship smartphones out there. The camera of the Samsung Galaxy A52s 5G is great as well and it performed better than I expected. However, the smartphone falls short when it comes to build quality as the smartphone uses a matte plastic that doesn’t feel and look premium at all, but this comes with an advantage. What is it? Well, it isn’t prone to breakage unlike glass and the smartphone feels lighter with this material. The Samsung Galaxy A52s 5G is now available in the Philippines for Php24,990.