Samsung offers a lot of mid-range smartphones that are competitive lately and my favorite one is their online-exclusive smartphone, the Samsung Galaxy M51. It might not be the most powerful smartphone out there but definitely it is one of the most attractive Samsung out there  as this one balances power and price. We got the white one and at the back, it’s a simple white plastic back with the camera module and since this one is already thick, the smartphone doesn’t have a protruding rear camera which is a plus for me and unfortunately we still got here the plastic sides. But again, the smartphone still does feel solid so I’m not really bothered with that one. Unlike the Samsung Galaxy A71, the Galaxy M51 packs a side-fingerprint scanner which is faster and way more convenient for me since I always unlock the smartphone using the sleep/power button and yes, it does unlock the smartphone really fast for me. Paired with that one is the face unlock in case you do have a sweaty hands.

Below the smartphone is where you can find the USB-C port along with the headphone jack. Thankfully, we didn’t lose that one because sometimes, I still prefer using my headphones in wired mode. There’s Super Wired Charging too so you can charge the smartphone up to 25W. Samsung’s expertise is the display and the Samsung Galaxy M51 doesn’t fail to impress as we got here a large 6.7-inch Full HD+ Display with Super AMOLED Plus technology. There’s the Infinity-O Display which means that the smartphone features a punch hole selfie camera and the bezel are noticeable but it looks just fine for me. As for the quality, the Samsung Galaxy M51 does look amazing and the colors we really good as expected as I can use the smartphone even at outside without any problems at all. 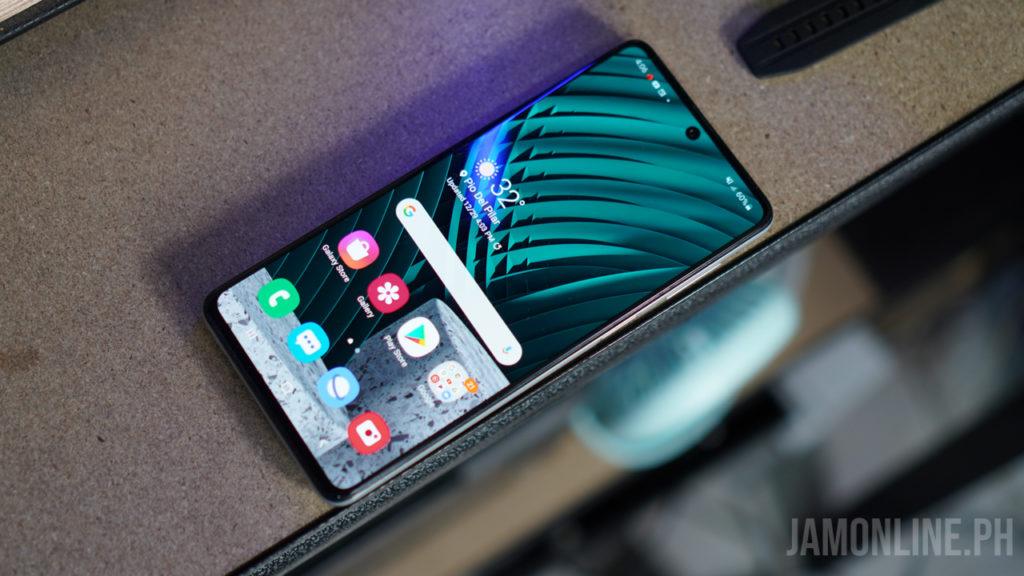 It might belong in the M-series and it’s an online-only smartphone series but the Samsung Galaxy M51 does have the same OneUI that we can find on other Samsung smartphones and in our case, the smartphone is running on OneUI 2.5 based on Android 10 and it was fine, seamless, and really fine to use. I actually enjoy using the smartphone as I love the lively colors of the OneUI and yes, it does have a lot of Samsung applications preinstalled but they’re pretty useful including Samsung members. When it comes to gaming, the games these days are more demanding than ever including League of Legends: Wild Rift and also Genshin Impact and I’m happy to share with you guys that the smartphone can run those games art comfortable FPS but you’ll have to turn down the settings to enjoy these games. But again, we could expect better FPS on these games if we have a Snapdragon 765G inside. 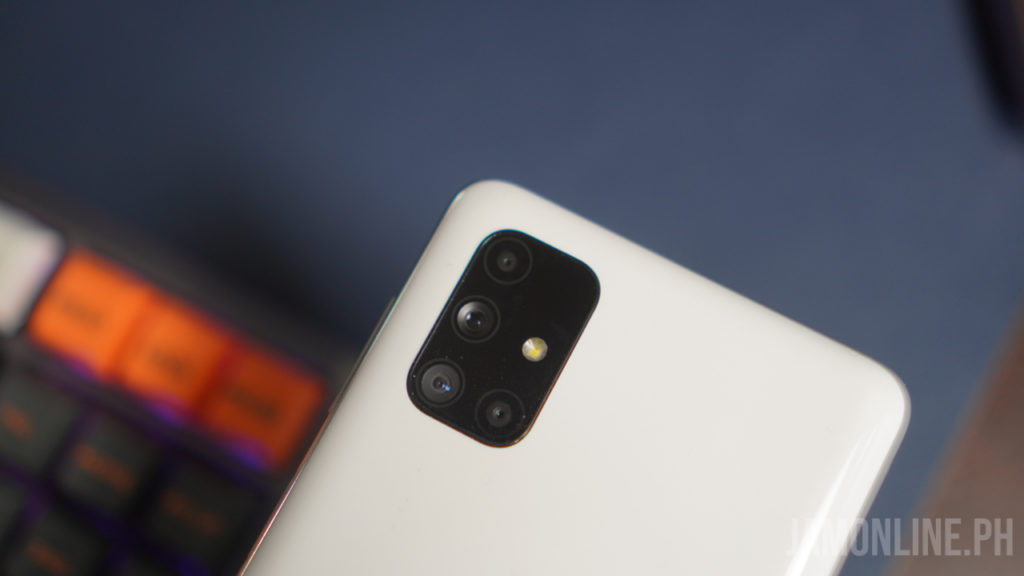 Unfortunately, the difference between the Samsung Galaxy M51 and the Samsung Galaxy A71 in terms of camera performance is very noticeable. With the Galaxy M51, I’ve noticed that the smartphone produces more reddish shots and it’s way less sharper than the Galaxy A71. But don’t worry because we’re still pretty happy with the shots that we took using the Galaxy M51. Check out the shots that we took using the smartphone.

As for the video, the smartphone can record up to 4K30fps and it does a pretty fine job with that one. Overall, I’m really happy with this Samsung smartphone. It’s one of my favorites this year from the company as we got here every aspect that we need on a decent smartphone. The smartphone features a really good Super AMOLED Plus display, a very loooooooooong battery life, a decent performance, and a camera that does just fine. However, if you’re keen into a smartphone with a metal build and a thinner body then you might want to look somewhere else but for most people, the Samsung Galaxy M51 will do great for them. For a Samsung smartphone, the Samsung Galaxy M51 does a pretty good job in terms of pricing too as the smartphone is priced at Php19,990