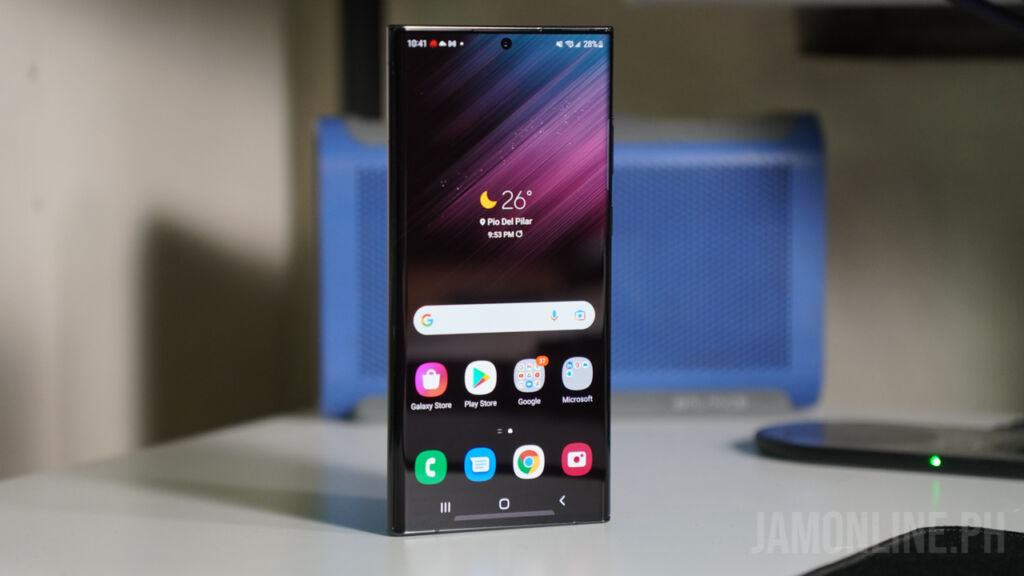 As expected from Samsung, it’s a solid and premium just like the previous Ultra smartphones from Samsung, they’re blocky and thicker than their other brothers but of course, that thickness comes with more features for the smartphone. We got a flat top and bottom on the smartphone and they’re more squarish that before but it still got some curves at the sides of the smartphone and at the back, there’s the matte glass as well which is a little bit slippery but it feels really premium and for the camera module, the smartphone does have a minimalist look now as the lenses are now the protruding one at the back and yes, I do suggest that you get a case for this smartphone to protect it from cracks and damages. 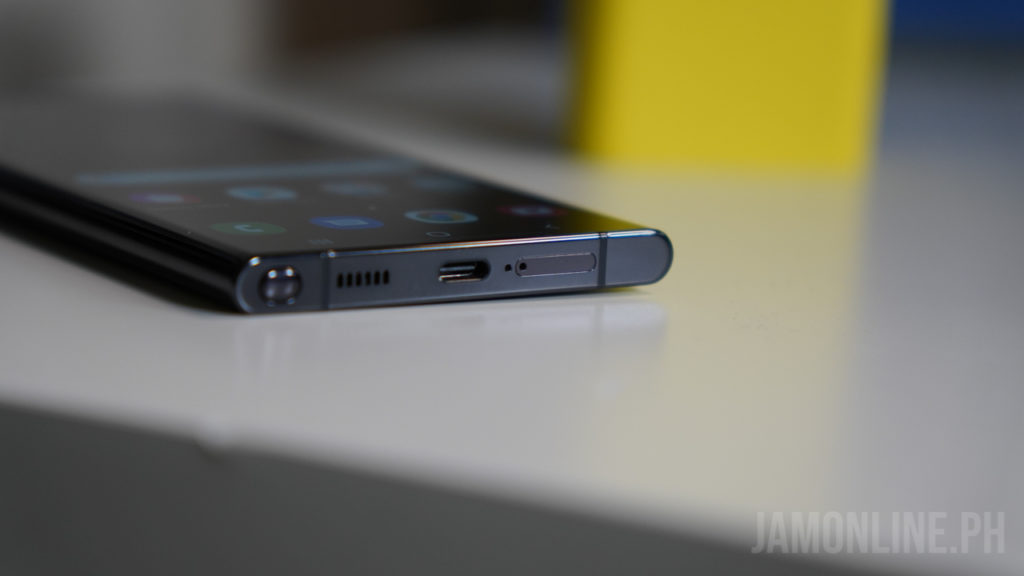 Below, there’s the USB-C port on the smartphone and beside it is the card tray and the S-Pen slot. As for the S-Pen, it was useful and most of the S-Pen features that we love are here. Of course, we got the Notes app which is especially useful for taking notes and the other features such as Screen Write, Live messages, AR Doodle, and more. It might not be as big and thick as the S Pen that we have for the Samsung Galaxy Z Fold 3 but I really didn’t had problems writing with it as I only sign documents and only annotate Since this is a large phone, holding it might be a little tough for people who have small hands so a case would help on this smartphone. However, reaching the power button and also the volume rocker of the smartphone won’t be a problem as my hands can easily reach that. 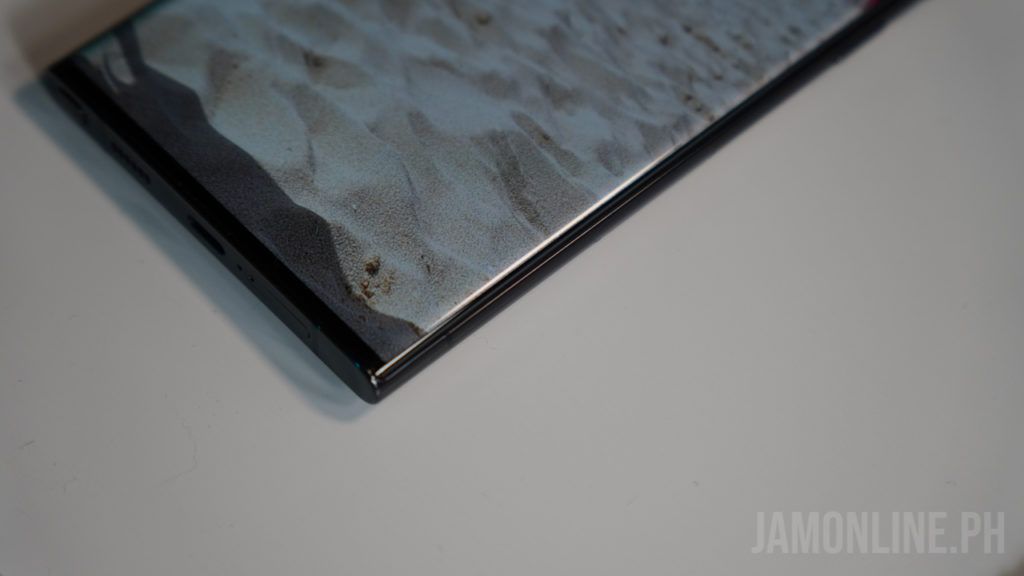 Nonetheless, it’s bright with its 1750 nits of brightness so using the smartphone outside won’t be a problem for the Samsung Galaxy S22 Ultra. The colors of the display were popping too, and it was very vivid. The bezels on the smartphone are even thinner as well and the punch-hole at the top isn’t annoying and it’s small to notice. The display of the Samsung Galaxy S22 Ultra is the best that we’ve ever seen. 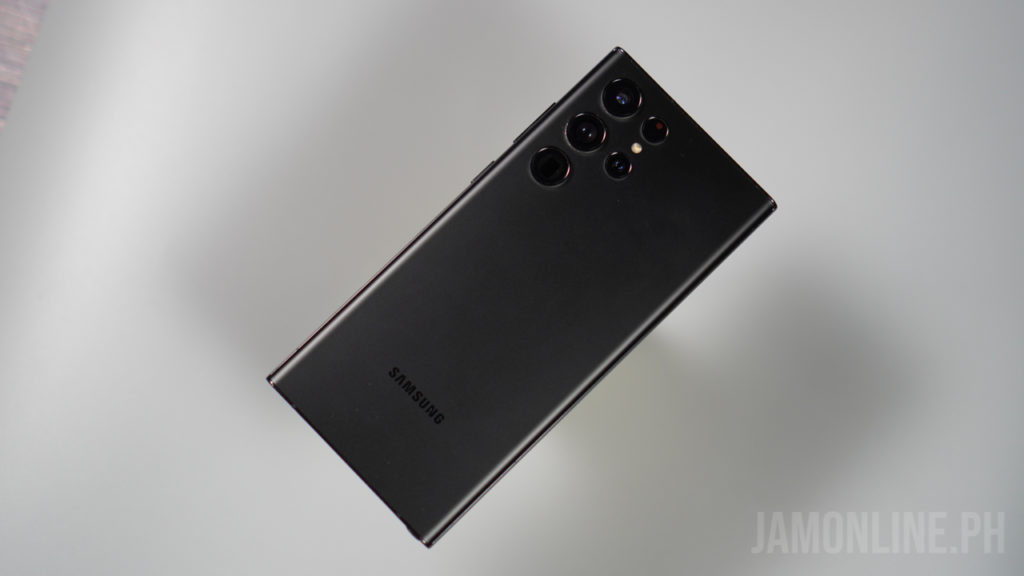 As for the battery life, we tested the smartphone in PC Mark Work 2.0 Battery test and we got a battery life of 10 hours and 1 minute. A decent score compared to the Exynos smartphones that we’ve reviewed before. The standby time of the smartphone has improved as well as I’m getting smaller battery drains whenever I’m leaving the smartphone overnight.

The smartphone comes with One UI 4.1 that is based on Android 12 and overall, I did love the experience that we’re getting from the smartphone. It is smooth and I haven’t encountered any bugs at all. The S Pen does bode well with its software and it was a breeze using the smartphone for anything. 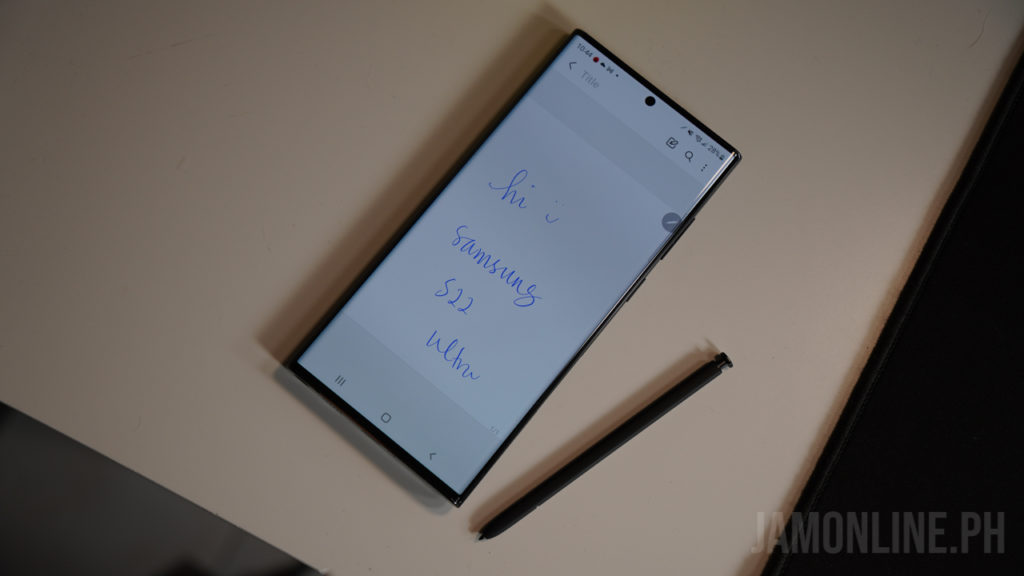 As for the apps included, it’s pretty much the same as we got here the Microsoft apps as expected and there are Samsung apps as well in which some of them are pretty useful but what I like about the Samsung ecosystem is the accessories. I didn’t had any problems with my Samsung Galaxy Watch4 and also the Galaxy Buds2 with the smartphone and connection was seamless as well. So what can we get from the Snapdragon 8 Gen 1 Processor? Basically, the smartphone will have better compatibility with most games as a lot of developers are optimizing their games and apps for Qualcomm processors as they’re used by a lot of manufacturers. Basically in games and emulators, you won’t have any problems with the Snapdragno 8 Gen 1 whether that’s a AetherSX2 or EggNS. As expected, the numbers are great and it’s currently the most powerful smartphone that we’ve ever reviewed. Too bad we didn’t breached 1 million in Antutu but the 3DMark Wild Life score proves that the smartphone is definitely good in gaming. 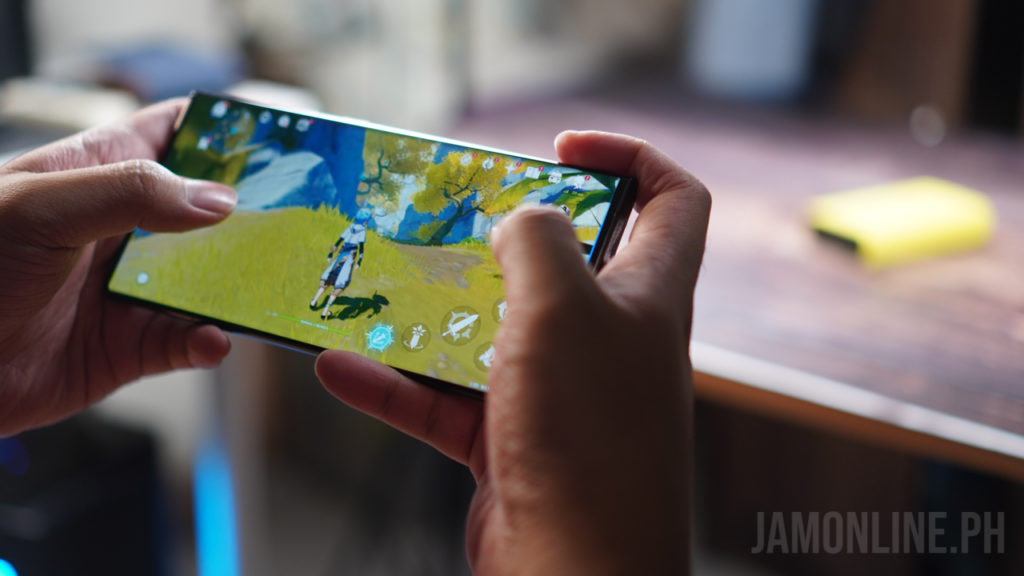 The Qualcomm Snapdragon 8 Gen 1 of the smartphone proves that it’s definitely the most powerful chip out there and you can get to play it now on the Samsung Galaxy S22 series. Check out the shots that we took using the Samsung Galaxy S22 Ultra:

For the video, the smartphone can record up to 8K videos at up to 24 frames per second but come on, who uses 8K on their smartphones? 4K is enough and the Samsung Galaxy S22 Ultra is doing a damn good job at that. The colors of the shots that we got are vivid and they’re wonderful. Even the night shots does produce a brighter image and they are still sharper than expected. The dynamic range of all the shots that we got was also amazing thanks to the camera an AI of the smartphone. The Samsung Galaxy S22 Ultra is an excellent smartphone. It might have the same design language as the Galaxy Note series smartphones, but it does offer the features that we need on a smartphone – a solid design, a powerful hardware, and functional features. 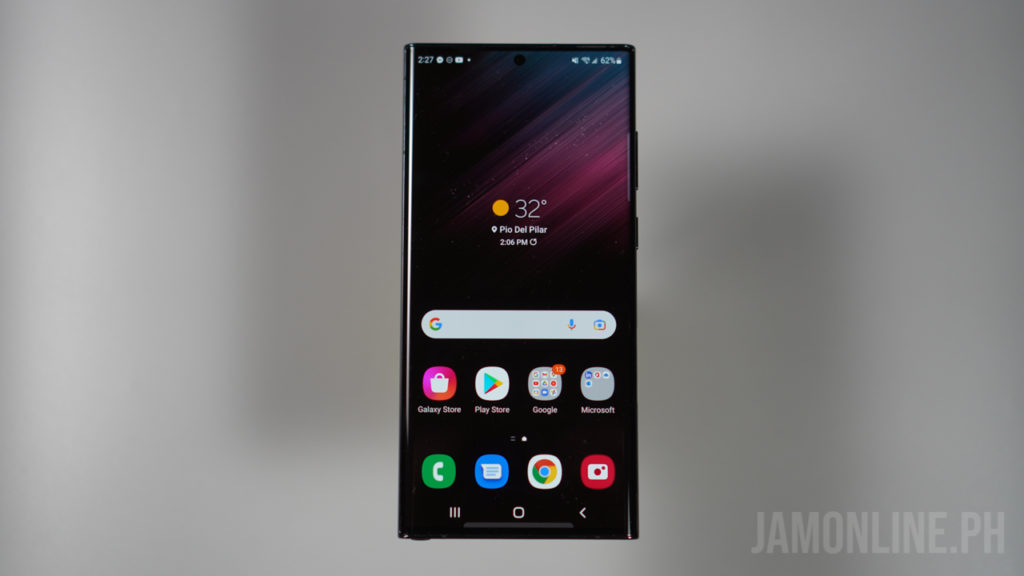 First, the camera of the smartphone is amazing and now, we now have a Snapdragon processor inside which a lot of Filipino consumers have been craving for. The display of the smartphone is top-notch and I’m really happy that we finally got a built-in S Pen for the Galaxy S series – a feature that a lot of power users would love to have. 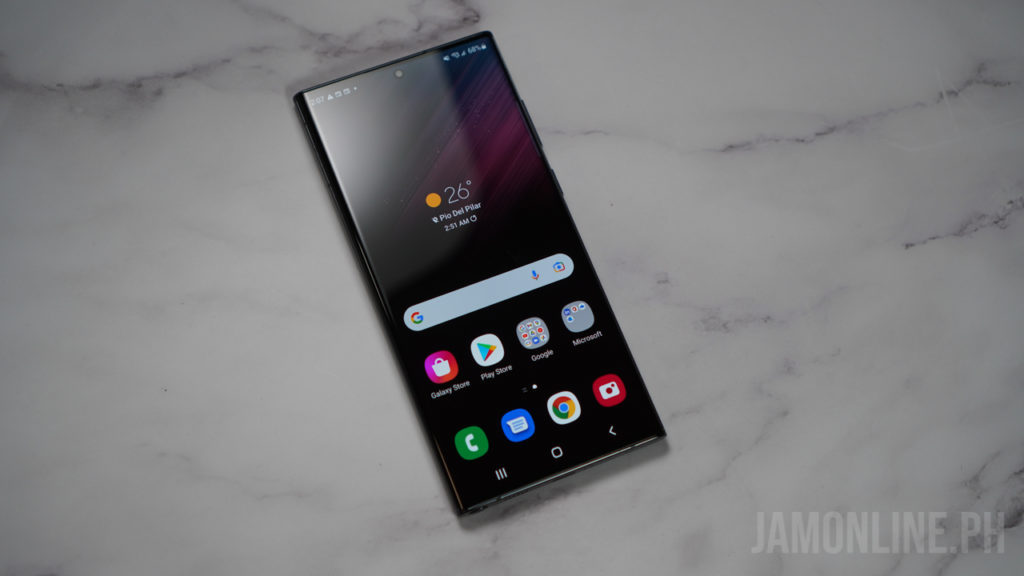 The smartphone finally got a 45W charger, but you’ll have to use a Samsung charger to use it nonetheless, everything about the smartphone was amazing. It ticks all the boxes that we want on a flagship smartphone and it should be one of your choices if you’re looking for the best smartphone out there.

The Samsung Galaxy S22 Ultra is now available, and it starts at Php68,990