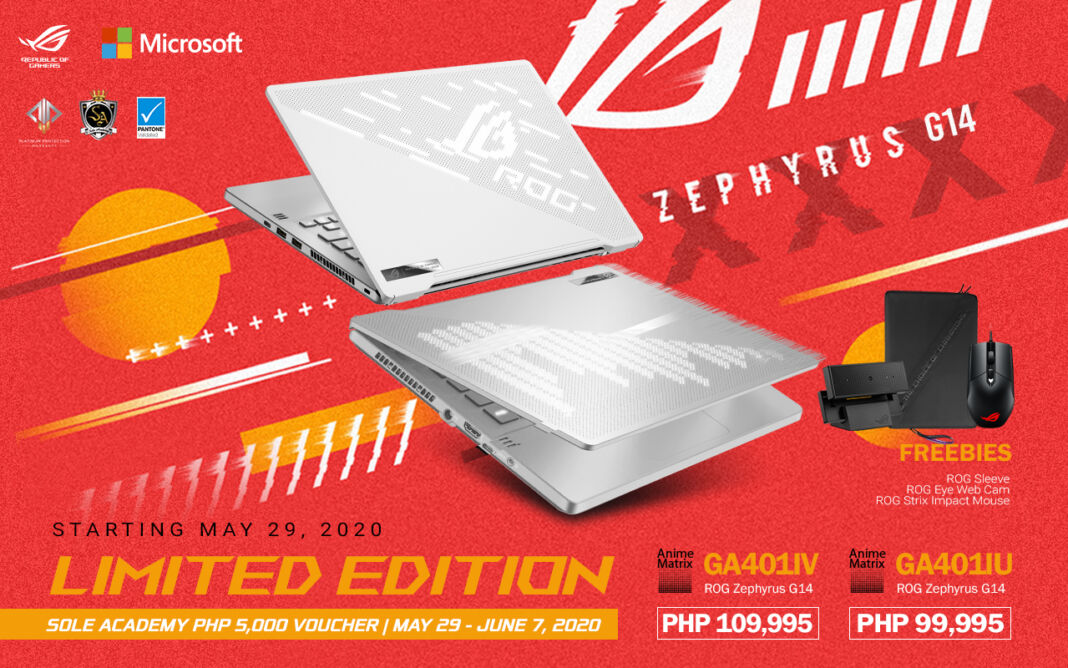 ASUS Philippines has recently launched its brand new gaming laptop to the Philippine market and it’s the ASUS ROG Zephyrus G14. A lot of people have been waiting for this one because we can expect here not only a Ryzen CPU inside paired with an Nvidia GPU which is pretty powerful but the notebook also packs a 14″ display with a smaller body and also an AniMe Matrix LED which allows you to customize the LED at the lid of the notebook. The ROG Zephyrus G14 comes with an up to AMD 4th Generation Ryzen 9 processors and up to RTX 2060 GPU which are both powerful. But of course, the 14″ display is no ordinary display as we got here a 144Hz refresh rate that is supported by Adaptive-Sync Technology.

The ASUS ROG Zephyrus G14 will come in different variants and pricing: