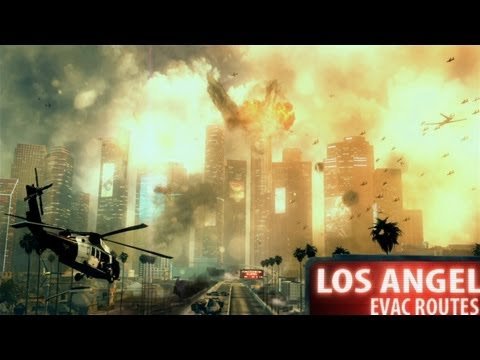 Here it is! The first trailer of the successor of Call of Duty: Modern Warfare 3. The Treyarch made Call of Duty: Black Ops 2 is set in the future and again, America specifically Los Angeles has been invaded again by some other country or by some hacker who is capable of having and controlling drones and robots. Didn’t saw any clues about the enemies there but I guess you’ll be playing an American Soldier, a pilot of a drone and an Arab guy. IMO, if Treyarch focus on drones and robots as enemies I won’t like this game that much. But hey, that’s just my opinion. Better wait for the next trailers!