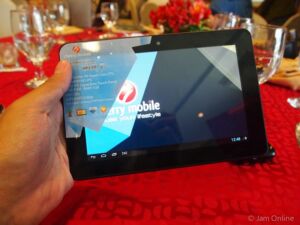 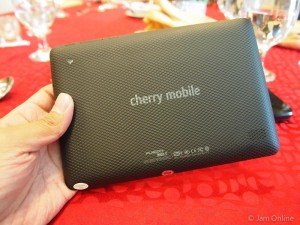 The Quad-Core processor inside the tablet may not be the best in the market but it is already enough to have a smooth web browsing and play the some decent 3D games on the tablet. I notice some lags but I think a software update can fix that. We’ll put the Quad-Core processor of the Cherry Mobile Fusion on a test in our review soon. If you feel like watching your favorite 1080p movie on the Cherry Mobile Fusion Tablet then you can hook it up on your HDTV using your Mini HDMI. The battery of the tablet is rated at 4000 mAh and I think that’s already enough for a 7-inch tablet. 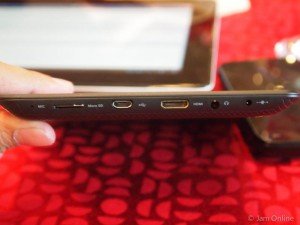 This is not the best quad-core tablet in terms of performance but can you mention any tablet that has a Quad-Core processor and IPS 1280×800 display that is below P5,000? Oh and before I forgot. The Cherry Mobile Fusion Bolt is powered by Jelly Bean.
The Cherry Mobile Fusion Bolt will be available on March 2013 for P3,999. They’ll be releasing a 8-inch and a 10-inch version of the tablet soon so watch out for that.

Catch my review of this tablet soon at JAM Online!