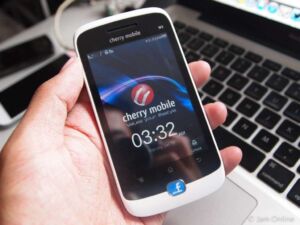 Cherry Mobile has been known for creating mobile phones that are very very affordable but some of their users are complaining that their UI is too ugly. But this one might change you perspective about Cherry Mobile phones when you’ve seen this phone, the Cherry Mobile W3. The main feature of this phone is that Facebook button which is obviously a shortcut to the Facebook app.  It isn’t the first phone to feature that. One of the first few Facebook-dedicated phone is the HTC ChaCha which is a QWERTY Android.
Hardware and construction
First of all, you might notice the three Android buttons at the bottom but unfortunately this phone isn’t Android but this phone packs some apps and features that you can find on most smartphones like the Facebook button below. Yeah, this one is a phone made for Facebook. Anyway, the phone got a 3.5” capacitive display that is quite responsive. I’m quite glad that they used capacitive instead of the resistive touch screen. FYI, the capacitive touch screens are more responsive than the latter. Oh and there’s multi-touch on the phone too. So you can pinch in and out on the image viewer. 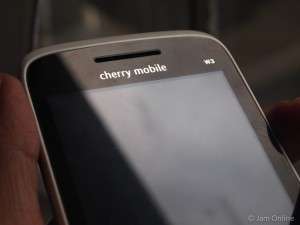 The build is quite nice and it doesn’t look and feel that cheap. When it comes to hardware and build, this phone isn’t the best but it does feel solid and it has a nice design. Like what I’ve said earlier, there’s a Facebook button at the bottom of the phone. The button looks nice and it does have a texture. Oh and the Facebook button is not that annoying.
Chrome-y sides surround the phone and I don’t think that you can easily chip the chrome sides. There’s a volume rocker on the side there’s no dedicated camera button. At the top is the on/off button and then there’s the hole in where you can put your key chains or other stuffs that you want.  At the bottom, there’s the 3.5mm audio jack and, microphone and Micro-USB port. I tried plugging in my speaker and the charger. Don’t worry because you can plug in each other simultaneously. I got no issues with the positioning of the 3.5mm audio jack and the Micro-USB Port.
The back cover feels solid even though it is made up of plastic. The design is simple yet quite nice. There’s the 3 megapixel camera without the flash and the speaker grill at the bottom right. The speaker is just like any otherI’m quite disappointed to see the LED flash missing. Inside is a 1200 mAh which is already enough for a battery life than can last up to 2-3 days on a normal usage. Not bad for a phone like that and then there’s the dual sim slot inside along with the MicroSD card slot, which is up to 8 GB. Too bad the sim is not hot swappable. But I don’t think that’s a deal breaker. I don’t think you would want to switch SIM cards if you’re already on a Dual Sim.
The sound quality of the phone is not that bad. It isn’t the best but it is quite loud and clear. Overall, the hardware and construction of the phone is quite nice. It fits just right into the hands of every Filipino but a lot of people might get confused of that Android-looking buttons. 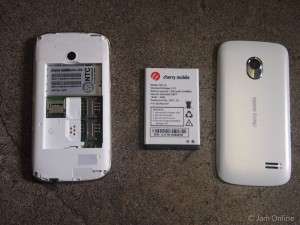 Camera
And just like what I’ve expect on a feature phone. It doesn’t pack an eye-popping camera but just a normal camera. Oh and no autofocus. Well, you might be disappointed with the camera but c’mon guys! This is a feature phone with an affordable price. Check out the pictures below: 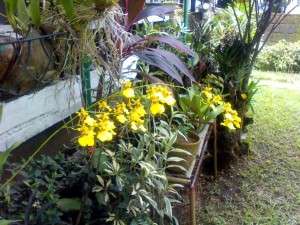 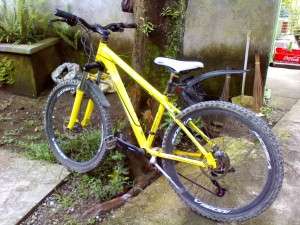 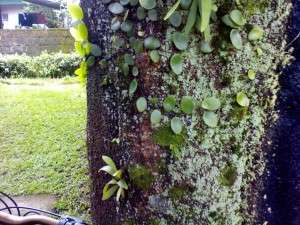 For a 3 MP camera with a price like this, I think those are nice already. Anyway, here’s a video sample. It’s not that good but hey for a phone with a price tag like this, I think this is a bit okay.
Software and performance
Like what I’ve said earlier, this phone isn’t equipped with Android so don’t expect apps like Facebook for Android, Google Play Store, Instagram, Angry birds and a lot more. But it’s good to see that there’s Opera Mobile 10.1 inside. Oh and some of the features of the Cherry Mobile W3 feels like Android.  Even the phone wasn’t equipped with some fast blazing processor, I feel that the phone is fast and transitions were cool. Oh and yeah, I like the transition when swiping applications. 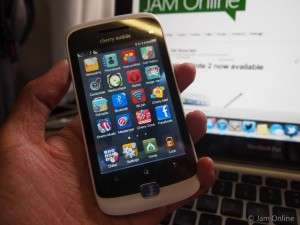 The cool thing that I love in this phone is that you can have live wallpapers on this one. YES! Live wallpapers just like the Android phones. And just like what I’ve told earlier, there are some apps that you guys might wanna check out like the Facebook and the Opera Mobile 10.1. Well, the Facebook is just the Java version of Facebook but hey it’s pretty usable. 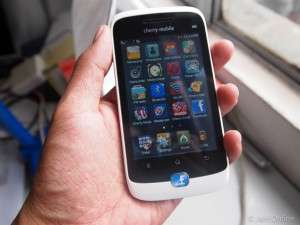 I was very disappointed with the performance of some apps like the Facebook. Sometimes, it force closes due to the lack of memory. Well, I wish Cherry Mobile should do something about it. But the rest of the apps are fine. The games were good and well, they’re not so addicting but I still like those games.
Verdict
Well, the Cherry Mobile W3 isn’t for everybody. Some people need some apps that can only be found on the Smartphone. This is a phone made for people who have low budget but want to see a Wi-Fi, touchscreen and a social-network centric phone.  This phone isn’t a waste and I think you should check out this phone. It’s pretty good. It has a 3.5” screen, 3 megapixel camera and a Facebook button. The Cherry Mobile W3 is now available for P3,699.00 at Cherry Mobile kiosk and concept stores. Check it out now!
Subscribe to JAM Online to get the latest news about tech and other stuffs
Enter your email address:
Delivered by FeedBurner