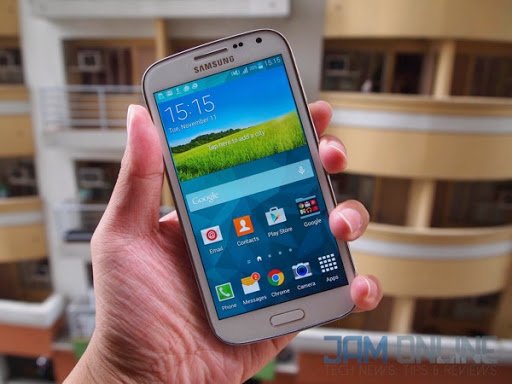 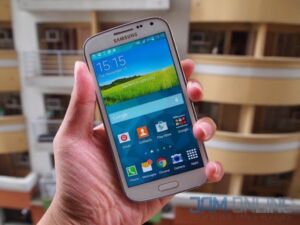 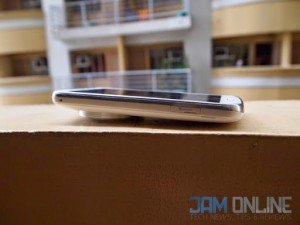 The first thing that you’ll notice is that the Samsung Galaxy K Zoom is very thick. If you think the Nokia Lumia 1020 is thick, this one is thicker. It is already expected since this smartphone needs a lot of space for the camera. Samsung Galaxy K Zoom borrowed some elements from the Samsung Galaxy S5 like the perforated back and its flat design and UI. Don’t worry about its thick design because ergonomics is still good because of its curved back. 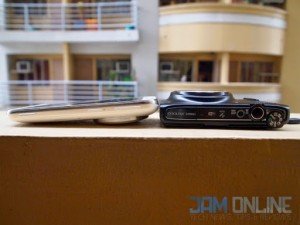 Since this is a camera smartphone, there’s a dedicated shutter button so you can easily access the camera app from sleep by pressing the volume up and shutter button simultaneously. Unlike the Galaxy S5, this smartphone doesn’t have a heart rate sensor. 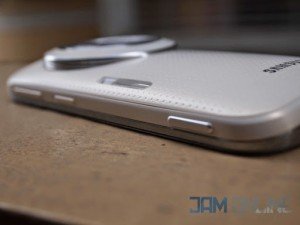 There’s an 8GB of internal storage inside but you can expand it via MicroSD. I strongly recommend you guys to use a MicroSD card since you can’t fully use that 8GB internal storage since you have to install apps on that which will left a half of that. OTG is supported on this device, so yeah, you won’t have too much problems if you want to watch movies that are stored in your flash drive. 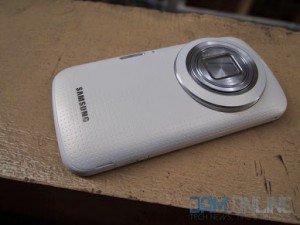 The speaker grill of the Samsung Galaxy K zoom is placed at the top back and the quality was okay but I was expecting that this device would have a louder and better audio quality since it has a thick design. Thankfully, there’s LTE on the Samsung Galaxy K Zoom but there’s no NFC on this one. 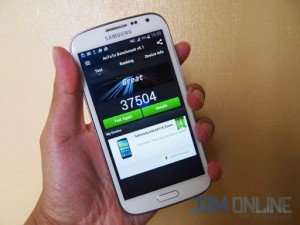 Unlike other smartphones that packs an Octa-Core or Quad-Core processor, Samsung Galaxy K Zoom uses a Hexa-Core Exynos processor with a 2GB of RAM. When it comes to gaming, it can do pretty well and the performance is better than the Snapdragon 600 but not better than Snapdragon 800. I got an Antutu score of 37504 which is pretty good. I didn’t expect the Samsung Galaxy K Zoom would have that score. 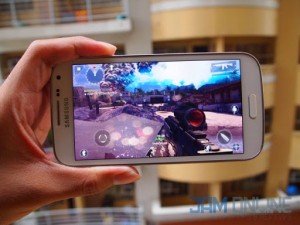 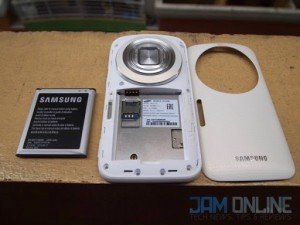 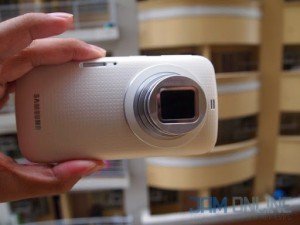 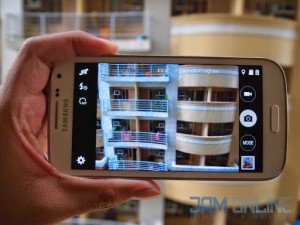 There’s OIS and Xenon flash but there’s no LED flash on this one. There are a lot of scene modes available in the camera app and you can even do manual control on the settings to suffice you with your shot. You could do a lot including automatically adding a watermark on a photo.

Overall, Samsung Galaxy K Zoom is one of the best in the Android smartphone market. It can’t replace most point and shoot cameras and SLRs but it can definitely give you the best photos on a smartphone. Check out the photos that I took at Flickr. 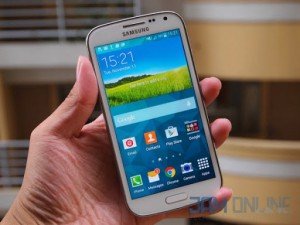 Samsung Galaxy K Zoom is a camera centric smartphone. If you’re looking for a smartphone that can take photos similar to the quality of point-and-shoot then better get this one. This smartphone is actually handy if you don’t want to bring your camera on parties & events because despite its size, this one already fits in your pocket.