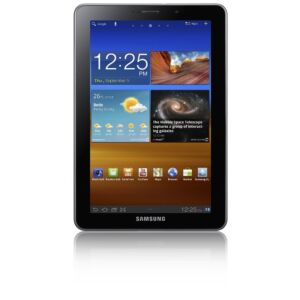 Samsung recently announced the Samsung Galaxy Tab 7.7 at IFA 2011 a few days ago but today, they pulled the Samsung Galaxy Tab 7.7 booth at IFA 2011. Demo units, promotional materials and posters were also pulled down. Why? because Samsung complied the decision of Düsseldorf Regional Court court that banned sales of the Galaxy Tab 10.1. Samsung also confirmed that and they said that they respect the decision of the court. Nice move Apple, prepare for the revenge of Samsung.