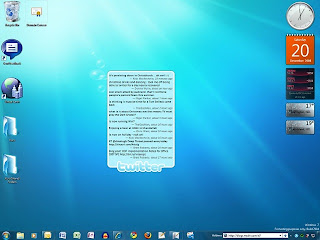 Windows 7, which is the successor of windows vista is still on beta. And if you search google you can find many links and you can download. but some of them are fake and you should be very careful about that.

In the benchmarks. Windows 7 were able to beat Windows Vista SP1, Windows XP SP3, & Windows Vista. And the build that was use was Windows 7 Build 6956. And I think they can still improve the perfomance of windows 7 in the upcoming months. I hope that I wouldn’t be disappointed when windows 7 comes.