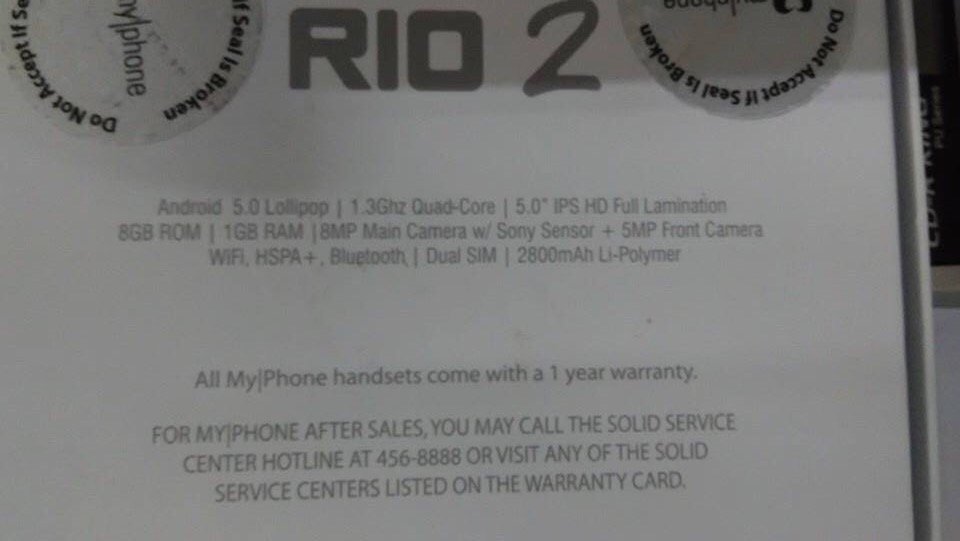 Unfortunately,  there’s no word regarding the price of the new MyPhone Rio 2.

Via: Cherry Mobile One FB Group