OPPO and Realme have been using the ColorOS 6 for a while now and now, OPPO has announced that they’ll unveil the details of the ColorOS 7 this November at their launch event in Beijing, China. No details have been announced yet about the ColorOS 7 but based on their invite, they’ll have a focus on gaming and also on performance improvements. 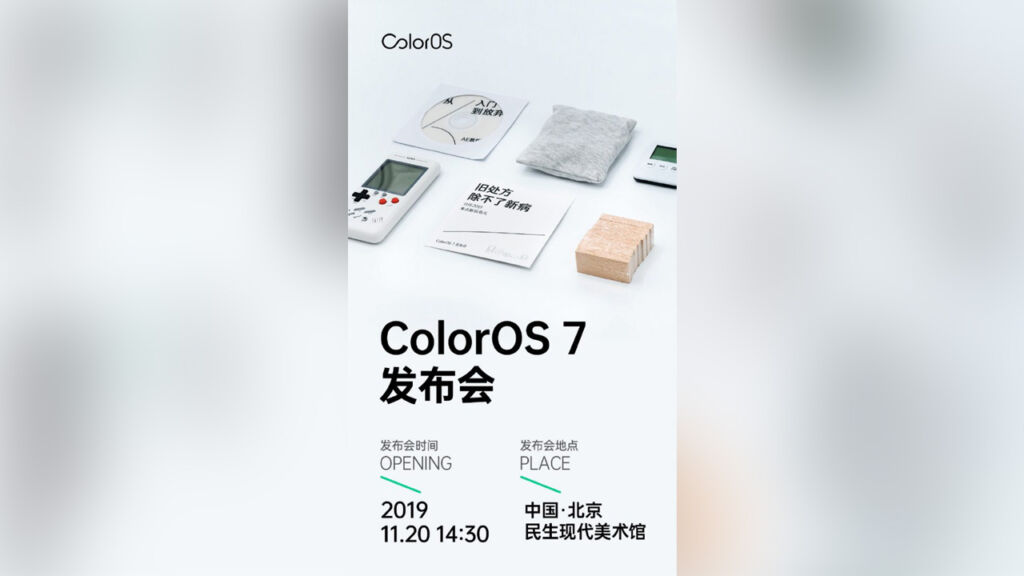 So what can you expect from ColorOS 7? Well, the skin is expected to be based on Android 10 and it will also have a dark mode. The company has also announced that the OPPO Reno 10x Zoom will be one of the smartphones that will get support with ColorOS 7.

Realme smartphones are still expected to rock ColorOS 7 in the future however, these devices will be having a close to stock Android experience on their smartphones.

The ColorOS 7 is expected to be unveiled this November 20, 2:30PM at Beijing, China.

Xiaomi 11i HyperCharge Arrives in India