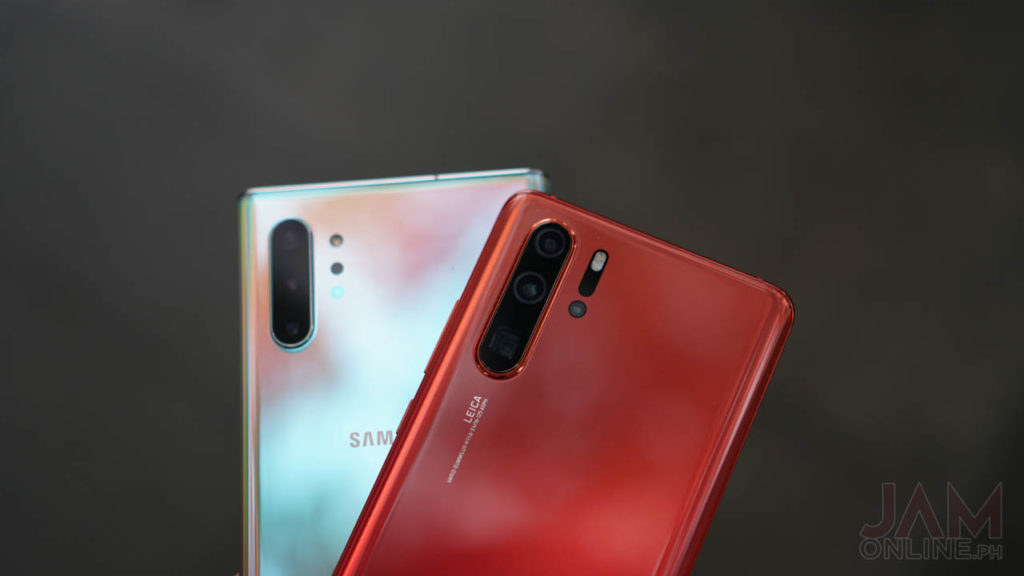 While the Huawei P30 Pro comes with a Leica Quad Camera with 40MP wide angle lens + 20MP ultra wide angle lens + 8MP telephoto lens and a Huawei TOF Camera for better depth sensing. We all know that the Leica brand is known for creating amazing cameras and they’re bringing that to the Huawei P30 Pro. The telephoto lens of the smartphone is also capable of zooming up 50x which is light years ahead against most smartphones in the industry and the AIS (Huawei AI Image Stabilization) works really well compared to other smartphones and this feature really helps in producing the best night shots on a camera smartphone in the industry.  When it comes to selfies, the Huawei P30 Pro comes with a 32MP selfie sensor.

Leica and Huawei partnership have gone a long way. It all started back in 2016 when Huawei introduced the Huawei P9 and it was game changing as it has a dual lens camera with a monochrome sensor that offers better colors and depth. In 2018, they’ve introduced the Huawei P20 Pro that offers a triple lens camera that pushed the boundaries especially with its night mode And now, the Huawei P30 Pro aims to change the game again with its quadruple Leica camera thanks to its ToF lens and the periscope lens of the smartphone.

Now, let’s get down to business and let’s compare the cameras of these two smartphones.

In my review of the Huawei P30 Pro, I’ve noticed that the bokeh on the portrait mode of the Huawei P30 Pro is a lot better than most smartphones. Why? Because the smartphone was able to detect even the strands of my hair and produce an almost perfect portrait shot with a really good bokeh. The Samsung Galaxy Note10+ did achieved a fine shot but the bokeh in the Galaxy Note 10+ aren’t just perfect.

One of the features that help creating this better portrait shot on the Huawei P30 Pro is the Time of Flight or ToF lens of the smartphone. This camera can determine the depth information of the object that you’re shooting and its surroundings and then this sensor will bounce back to the smartphone which will then detect the right amount bokeh that you need on a shot. In some cases, you can use the ToF lens for AR experiences and 3D imaging. 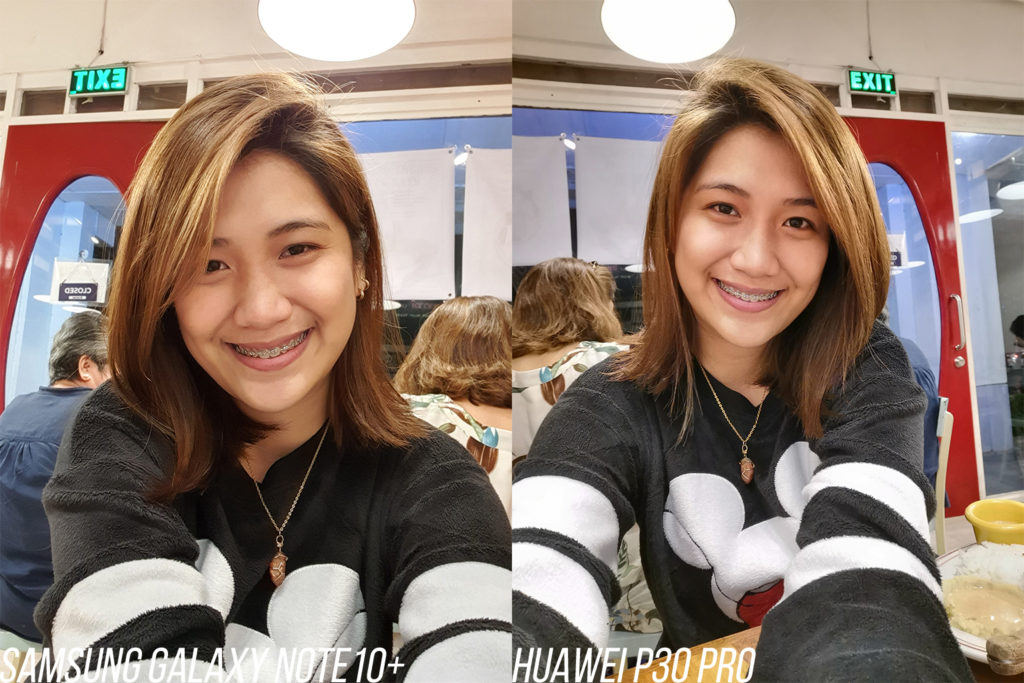 In our selfie test, the Samsung Galaxy Note10+ got a better and more detailed shot than the Huawei P30 Pro.

Yep, there’s a periscope lens on the Huawei P30 Pro and it brings 10x hybrid zoom and up to 50x zoom. So how does that work? Well, it’s an amazing technology by Leica and Huawei and they’re able to fit in a 125mm-equivalent lens with image stabilization to the Huawei P30 Pro. Thanks to the folded optics, Huawei found a way to fit it in by placing it sideways which allows the smartphone not to have a thick body.

But of course, it’s not just that. Huawei also has a good software algorithm that enhances the super zoom function of the smartphone.

Thanks to the RYYB sensor of the Huawei P30 Pro that is 40% more light-sensitive than the conventional RGB sensor. Not only that, it also comes with OIS, maximum ISO of 409600, and f1.6 aperture that helps produce the best low light shots that we can see on a smartphone. One thing is clear – the Huawei P30 Pro and the Samsung Galaxy Note10+ are great camera smartphones but despite being out in the market for a while now, the Huawei P30 Pro still manage to gain an upper hand in some of our tests especially in the night mode and the zooming features of the phone.

vivo S7 5G unveiled with Lisa Manoban as their endorser