realme philippines has just unveiled their newest smartphone to be part of their family and this time, it’s the realme Narzo 50i. The smartphone is affordable and it comes with a 5000mAh battery along with 8MP camera at the back and for the display, there’s the 6.5-inch large display with 88.7% screen-to-body ratio. 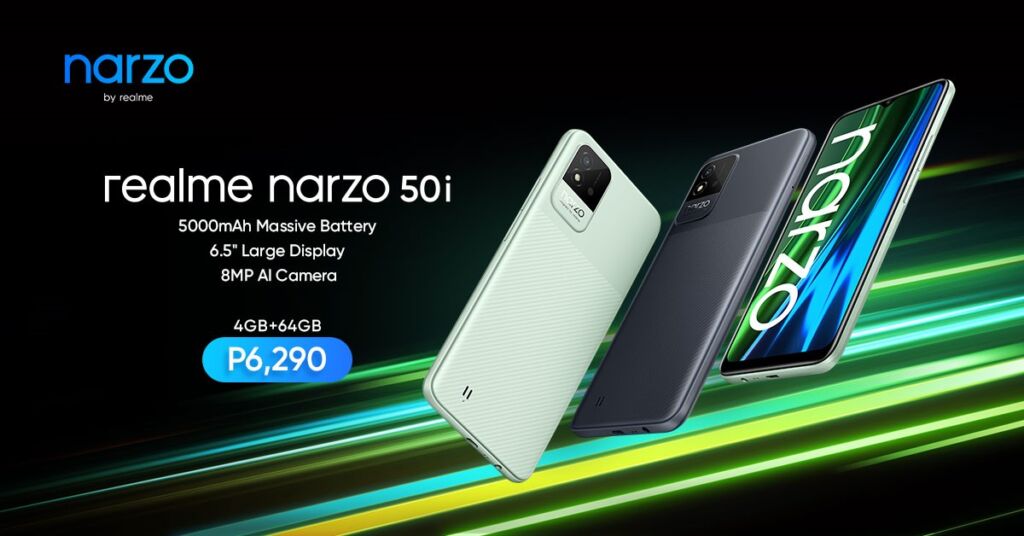 The smartphone also comes with 5000mAh battery that can deliver 43 standby time or 23 hours of continuous video streaming. The realme Narzo 50i will retail for only Php6,290 starting today and you can get it at realme stores and selected partner dealers nationwide.