If you’re looking for a gaming smartphone, the ASUS ROG Phones has been a good choice every year as they offer a lot of features that are unique for gamers, and every year, they offer something more powerful and something different and for this year, the smartphone comes in two variants but the one that we’re gonna review today is the more affordable version – the original ASUS ROG Phone 6. 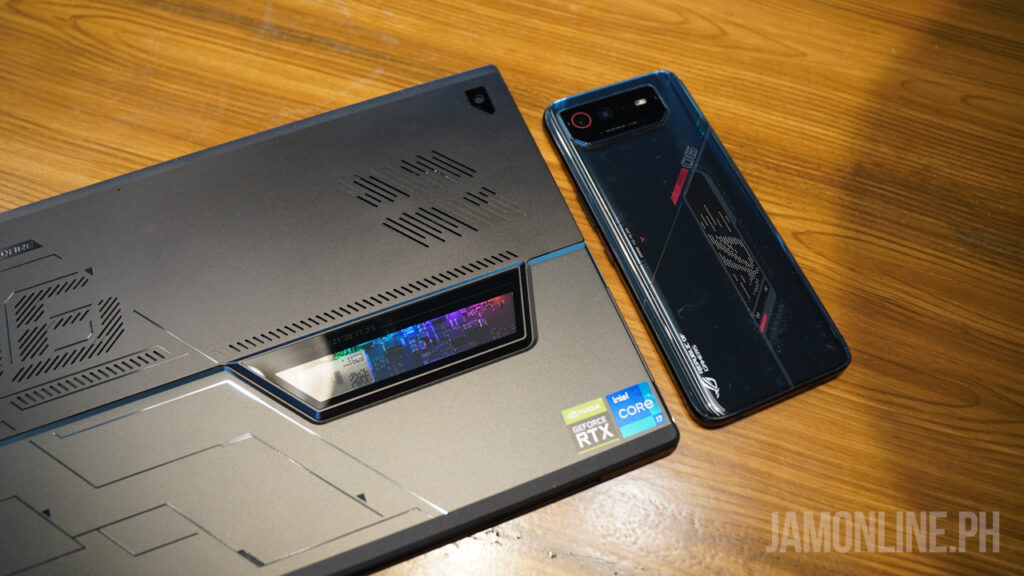 The smartphone comes with a gamer feel and look. Similar to other ASUS ROG smartphones and for the ASUS ROG Phone 6, the smartphone still feels solid and it still shouts and feels like a smartphone for gamers due to its design, thickness, and feel. The smartphone is thick and a little bit heavy but it is still comfortable to use whatever your position is on your couch. The feel of the smartphone is very similar to the previous generations. 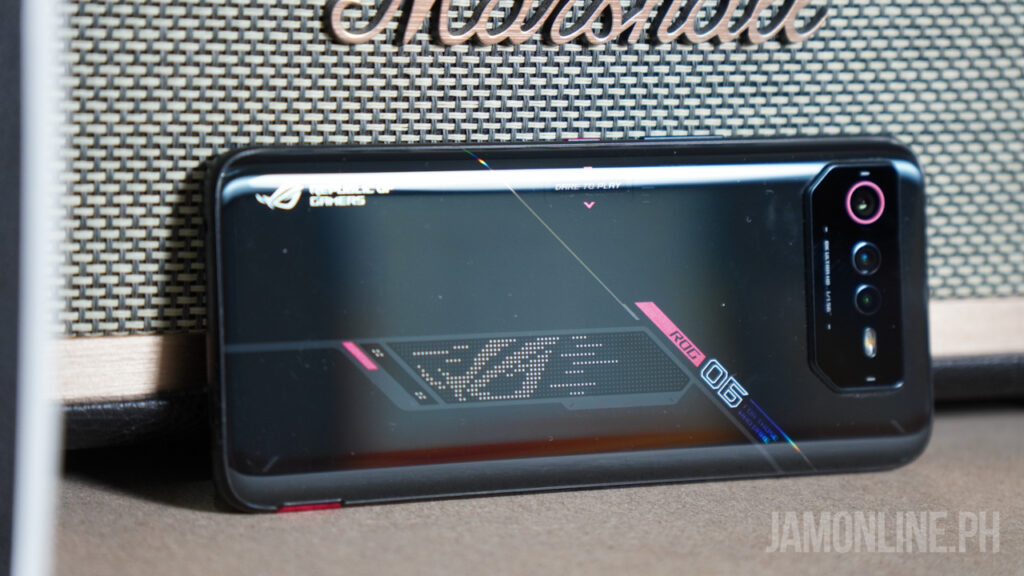 As for the ports, the smartphone still packs USB-C ports with one USB-C port below and also another one for the accessory on the left. Thankfully, the ASUS ROG Phone 6 comes with an audio jack so you can still use your wired headset on this one. And of course, there’s the AirTriggers on the ROG Phone 6 on one side. 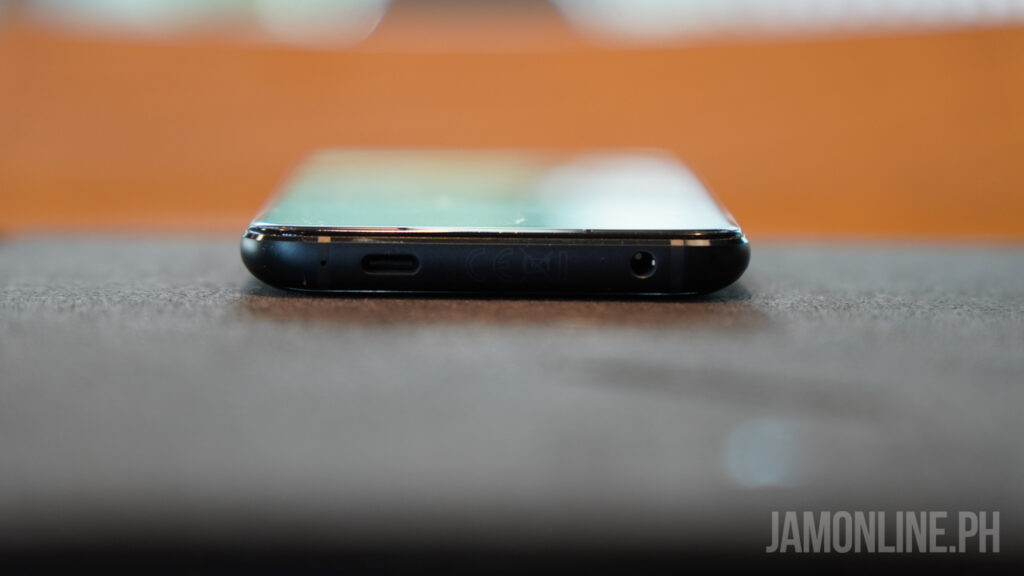 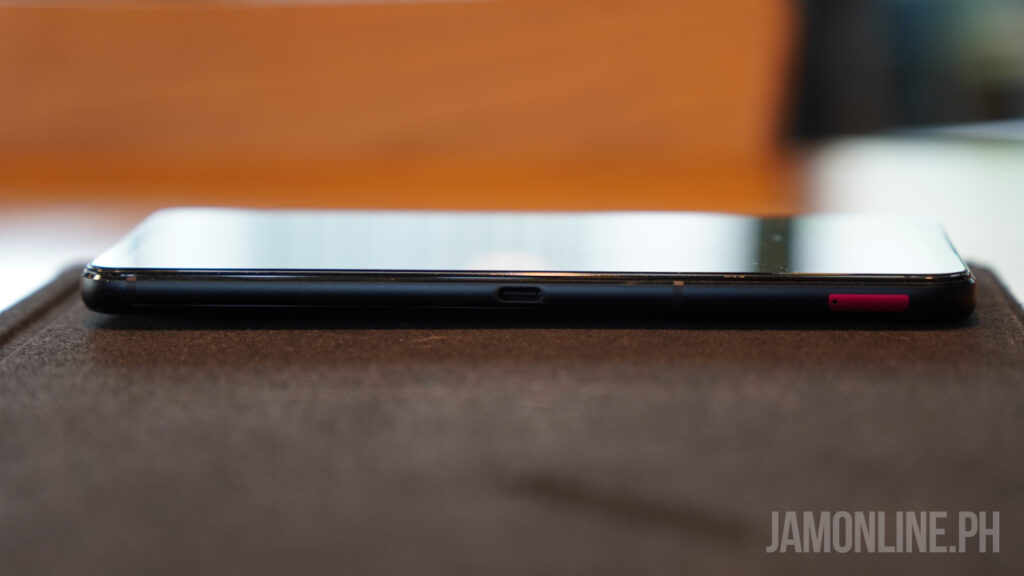 The Airtriggers are very sensitive and they are adjustable base on your preference. However, I would still prefer having a physical button rather than this one to give me a better feel when playing FPS games however, there’s an advantage on this one as you can customize it and use more gestures for better input on some games. 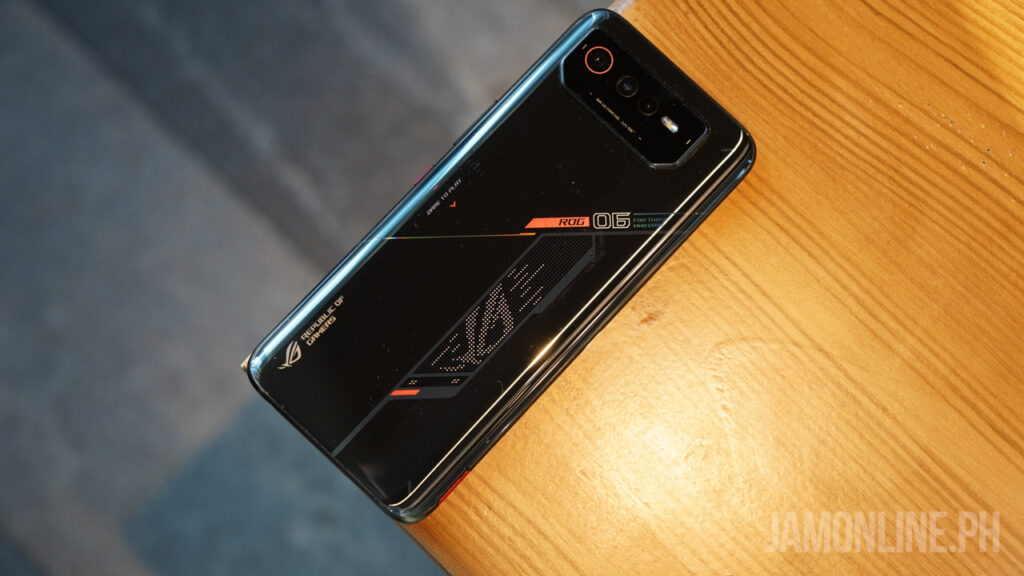 As for the battery, the ASUS ROG Phone 6 is pretty tough on this one. The smartphone comes with a 6000mAh battery and it does have long battery life. We were able to get a battery score of 19 hours and 33 minutes at PC Mark Work 2.0 Battery Test Aside from the cooling, the AeroActive Cooler 6 also gives better aesthetics thanks to the RGB lights along with the ROG logo at the back. It also features a kickstand which is perfect for those people who want to watch videos or just want to have support when they’re playing on a flat surface. The AeroActive Cooler 6 also comes with 4 physical buttons. This gives you more input for gaming and of course, you can customize it on the Armoury Crate app. However, I don’t find the buttons of the AeroActive Cooler 6 ergonomic and I only find these buttons useful for my emulations and not on most of my FPS games on the Play Store. The display of the smartphone is one of the most important things when it comes to mobile gaming. The ASUS ROG Phone 6, still features a bezel on the top and below the display. There’s no punch-hole in here thankfully as having a full-screen display with no holes is a lot better to look at. It features a 6.78-inch AMOLED display with a Full HD+ resolution and of course, it has a 165Hz refresh rate that gives us a smoother and better experience on the smartphone. As for the brightness, the smartphone is really bright and you can use it anywhere and anytime without problems so even if you’re playing games outside. That won’t be a problem with the ASUS ROG Phone 6. The software of the ASUS ROG Phone 6 is one of the essential features and it’s also the feature that set this thing apart from the other smartphones in the market. THE UI is very smooth of course and there are a lot of things and features that are built-in to the smartphone that is meant for gaming. The smartphone still comes with the Armoury Crate in where you can control and see everything that needs to be fixed when it comes to gaming. Aside from that, you can also access game genie whenever you’re playing a game and it lets you access the performance, stats, and other functions that are important for gaming. Just like before, you can access the refresh rate of the smartphone and of course, the real-time information but the important features here include no alerts, no calls, control for airtriggers, key mapping and more. Of course, the X-mode is still present which lets you run the smartphone at a better and more optimized for gaming. In our test shots, we definitely got here some good photos that can really compete in the flagship level category. Most of the shots that we got are sharp and the colors are just accurate on the ASUS ROG Phone 6. The dynamic range on both the main camera and also on the ultrawide-angle camera of the smartphone are excellent as well. Check out the shots that I took using the smartphone: The ASUS ROG Phone 6 is not just a gaming smartphone. It’s an all-rounder and it’s also perfect for powerhouse users. Why? First, we got here a smartphone with flagship features inside. It’s powerful enough for the latest and upcoming games on the Play Store and it’s definitely powerful enough for heavy and demanding applications. The ASUS ROG Phone 6 is now available and it starts at Php47,995. You can also get a higher and better variant at a higher price.