ASUS has a lot to offer in the ROG notebook lineup but if you want one of the best in the series, you should opt for the ASUS ROG Strix Scar III. Not just because of the specifications but also because of its design and also the features that you can get in this notebook. The ASUS ROG Strix Scar III is designed to be a top tier gaming notebook that is engineered for performance as the notebook can unleash the latest 9th Generation Intel Core i9 processor and also an Nvidia RTX 2070 GPU which is a powerful combination for a gaming notebook. When it comes to design, I’m a big fan of the ASUS ROG Strix Scar II as we got here a more minimal and a solid feel on the notebook despite using plastic for its build. There were no squeaks and the build of the notebook is better than ever compared to the previous generations of ASUS ROG notebooks 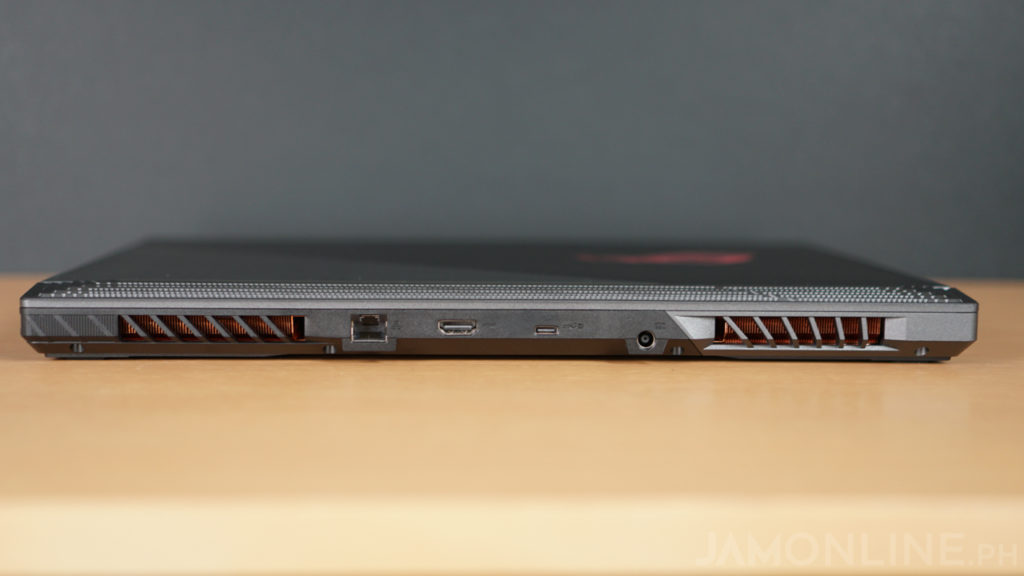 When it comes to connectivity, the ASUS ROG Strix ROG Scar III got it all for you. On the left, there’s the three USB-A ports and also the headphone jack while on the other side, you can find the keystone where it acts as a memory drive in where you can customize your ROG profile and lighting settings when you use it. A pretty cool accessory especially if you love customizing your notebook’s RGB lighting and profile. But since it’s pretty easy to remove, just hope and pray that you won’t lose it. At the back is where you can find the HDMI, RJ45 port, USB-C with display port and the power port. 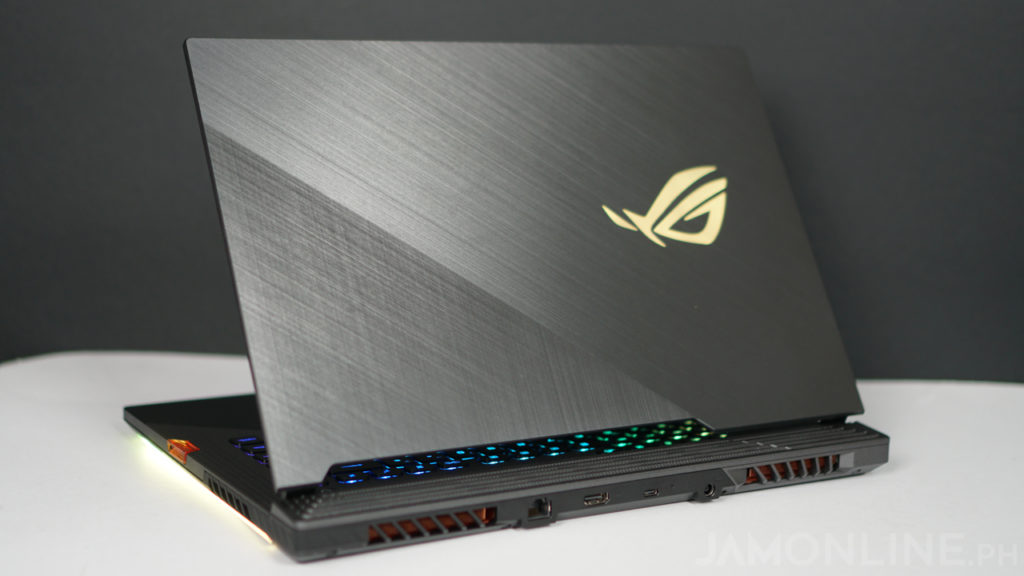 One of the essential things that you need to take note of when you’re buying a notebook is the touchpad and the keyboard of the notebook however, if you’re into gaming then you might want to use the included gladius mouse on this notebook. Regarding the keyboard of this one, well, it does its job well. There’s the comfortable keyboard on this one and it has more space. The tactile feel is just okay and it’s not as bad as you might think. Of course, there’s the RGB-backlit keyboard too and you can customize it via ASUS ROG Aura Sync. Having this much space on the keyboard of the notebook and a thin bezel and footprint comes with a price. The ASUS ROG Strix Scar III doesn’t have a numpad since it opted to a design similar to the Zenbooks in where the touchpad transforms into a numpad by just pressing a single button. The display of the ASUS ROG Strix Scar III is something that you can be proud of as we got here a full HD 15.6-inch display with an ungodly 240Hz refresh rate. Yep, that’s probably a monitor that is way better compared to your monitor at home. 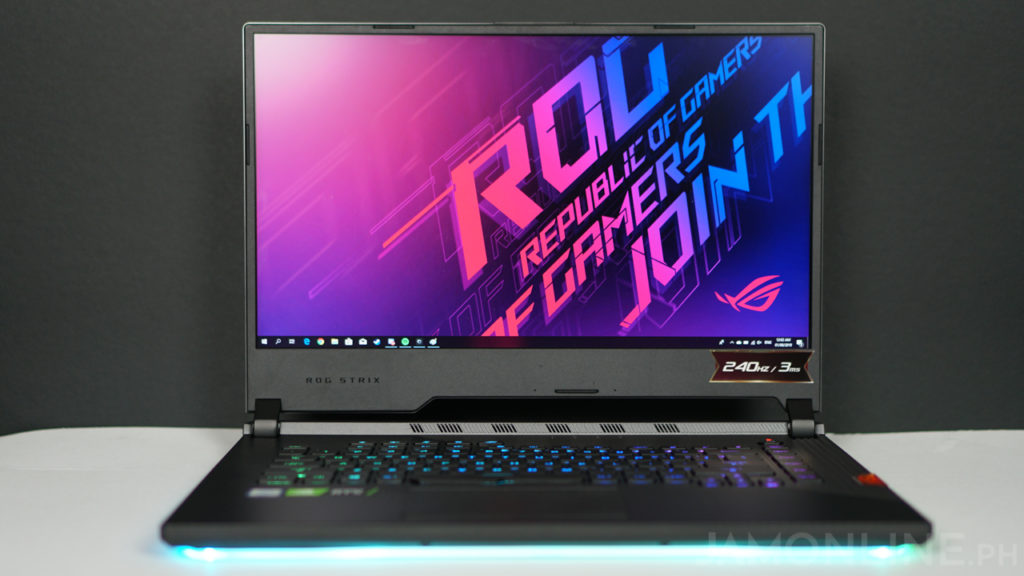 We don’t have a color calibration tool but we can definitely say that the color reproduction of the display of the notebook is still good and using this notebook for video editing and also for photo editing would be just fine and yes, I was able to use it outside. There’s the Nvidia RTX 2070 GPU inside along with the powerful Intel Core i9-9980H processor inside the ASUS ROG Strix Scar III and unfortunately, it does come with a hefty price on the gaming notebook’s battery. It’s too powerful, yes, but it’s pretty reasonable for me considering its specifications. Using this notebook for average use, I was able to get a battery life of 3 hours but if you’re playing games on it, don’t expect too much on this notebook. As expected, the notebook will shine through our benchmarks: 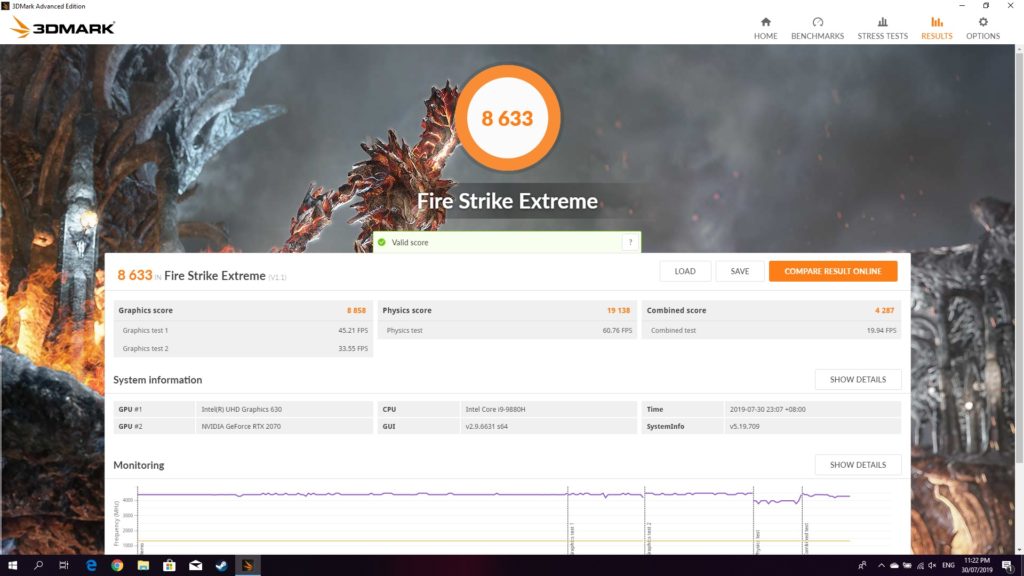 The notebook is truly a powerhouse and it decimates the benchmarks and also the games without any problems in the numbers. 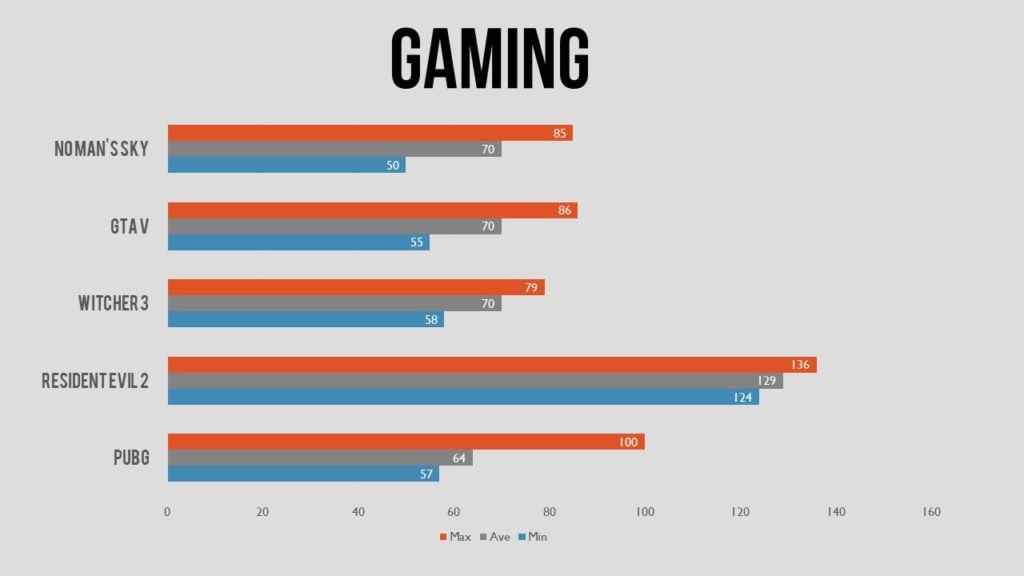 However, there’s a little bit of a problem. Most of the time in our benchmarks, we’ve experienced the CPU heating and even reaching up to 95-degrees Celsius. That’s a big problem since this is too hot for the processor and it might lead to your notebook getting toasted. On the other hand, the Nvidia RTX 2070 GPU inside this notebook will do just fine. 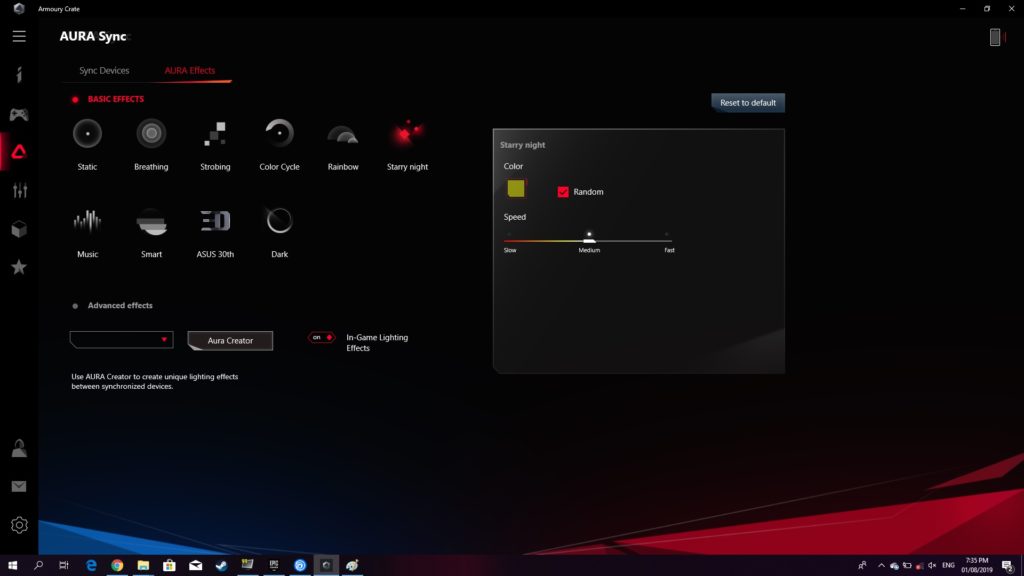 The ASUS ROG Strix Scar III comes with the ROG Armoury crate and it’s an all-in-one application on the notebook that lets you customize your profile of the notebook and also the performance. You can also control the Aura sync of the notebook in this application. The ASUS ROG Armoury crate definitely helped me when I want to customize the best profile for me and along with the keystone, I can easily switch my profile to another one that I saved on the keystone. The ASUS ROG Strix Scar III is a powerhouse. Inside the notebook is very powerful hardware and it also comes with edgy and the signature gaming-look of the ASUS ROG notebooks but this time, with a more minimal feel and design which is perfect to bring it anywhere. The 240Hz refresh rate on the notebook is something you could really appreciate and the RTX? It’s damn beautiful. The ASUS ROG Strix Scar III is available in ROG Mall of Asia and ROG Concept Stores nationwide and it starts at Php144,995.

realme narzo 50A Video Review: For the budget gamers!