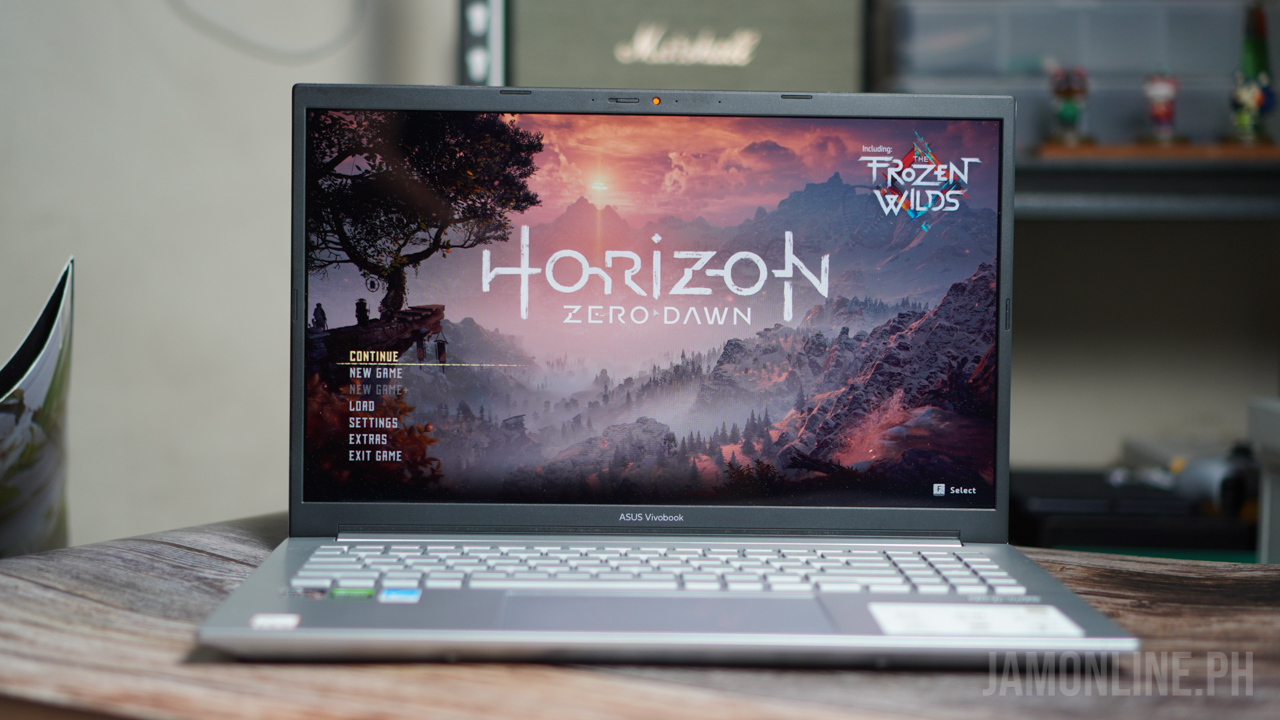 ASUS has recently updated their lineup of notebooks for the consumer market and it aims to be different from before as this time, they’re targeting content creators whether you’re planning on getting the VivoBook or the Zenbook but today, we’re gonna focus on the Vivobook Pro 15 OLED. the newest laptop for content creators. First things first, the design of the ASUS VivoBook 15 Pro OLED is pretty much made up of plastic. There’s nothing bad in there as having this build means that this one would be light as well considering that this one has a 15” display. But make no mistake because having this material as its body doesn’t mean that it feels cheap. It feels just fine considering the more minimalistic and industrial design of the notebook. 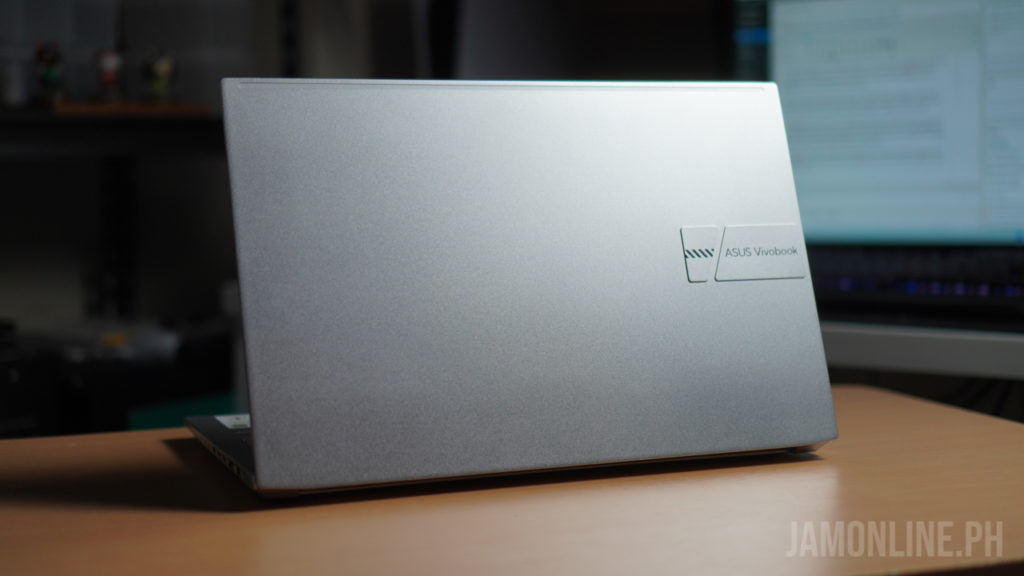 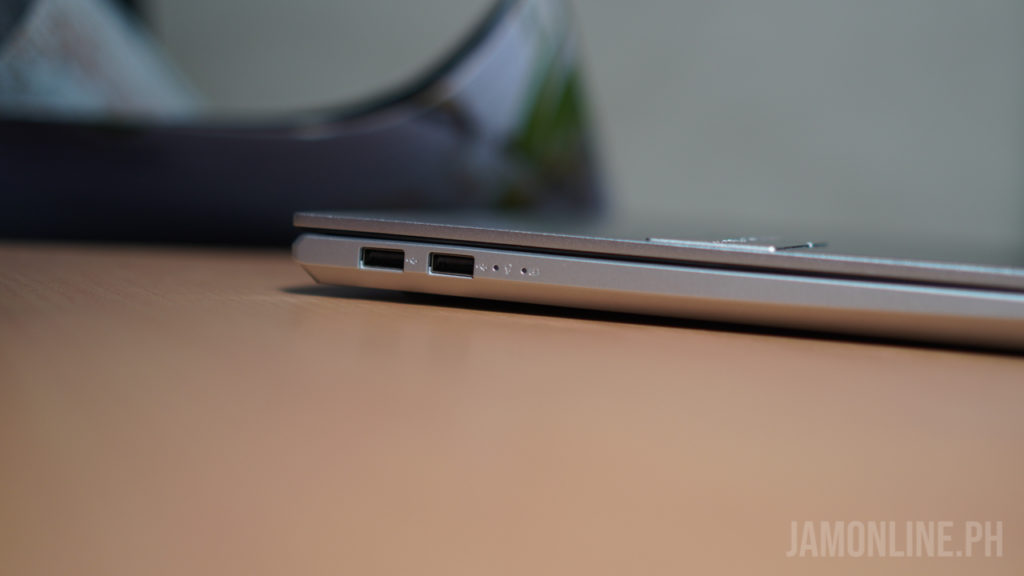 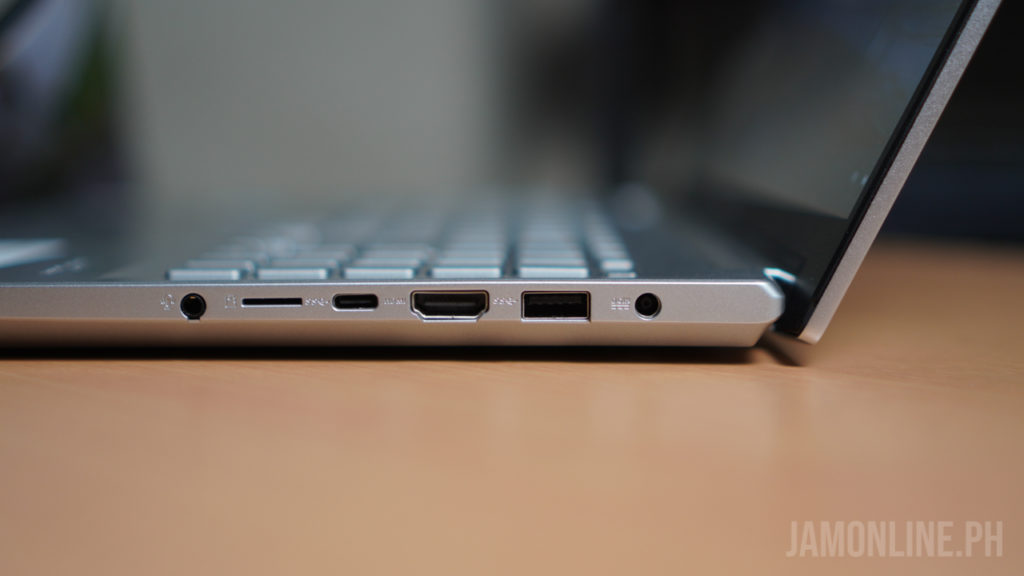 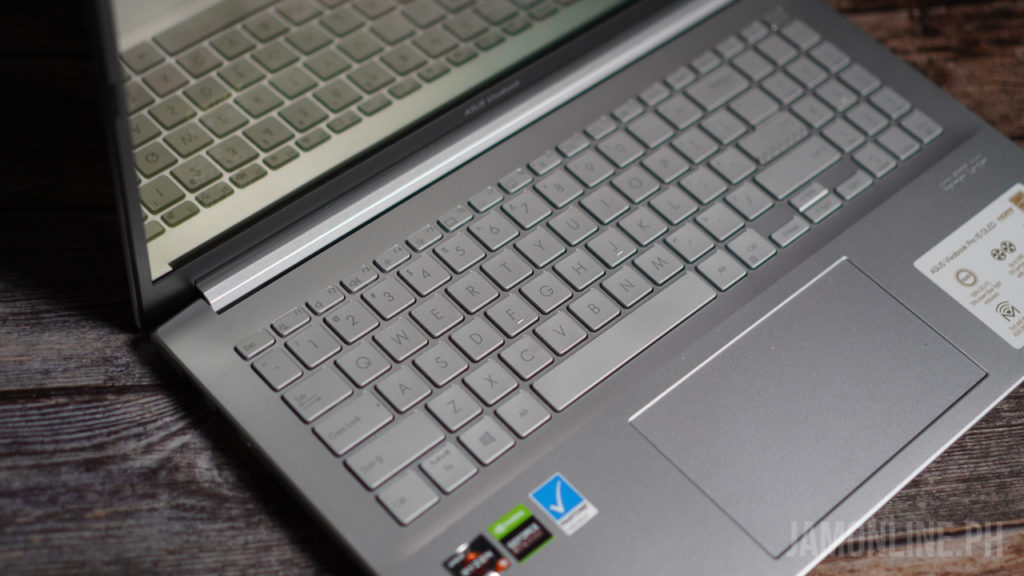 As for the sound quality, this one comes in with Harman/Kardon speakers and honestly, the speaker quality and the loudness just come in at average for me. It will do just fine for me. For the webcam, it comes with a 720p resolution and while the quality is what you can expect from its price, I do appreciate that ASUS has added a physical shutter on the webcam to protect your privacy. For the keyboard of the ASUS Vivobook Pro 15 OLED, this one comes with a full-sized keyboard with a numpad on the side. Unlike the other ASUS notebooks that utilizes the touchpad of the notebook as the numpad. The numpad feels great when you’re always using it on excel and other applications. Oh and there’s the backlit keyboard as well so you can use this keyboard anywhere. As for the feel of it, well, the travel distance is shorter and I find it less tactile compared to other keyboards on notebooks. It took me some time to get used to it but after a while, typing on it was just fine. It’s definitely not the best keyboard out there for a notebook. The touchpad of the ASUS Vivobook Pro 15 OLED is spacious and decent enough. Yes, it’s responsive and follows my finger flawlessly and the surface is smooth and flawless as well however, clicking on it isn’t the best feel on a touchpad nonetheless, it works just fine. I find the touchpad of the notebook just fine for normal usage so really, not much of a problem in here. The display of the notebook is its best feature as this one comes with a 15.6-inch Full HD display with 16:9 aspect ratio and of course, an OLED panel. It also comes with 600nits brightness, a 100% DCI-P3 Color Gamut. And the quality of the panel? It’s superb. It can definitely beat some of the panels on more expensive notebooks.

The blacks on the notebook is really good and there’s no glowing effect problem for me. Overall, the panel of the display is perfect for video editing or for photo editing as the display of the notebook is bursting out amazing and vivid colors and of course, you can use it outside just fine. 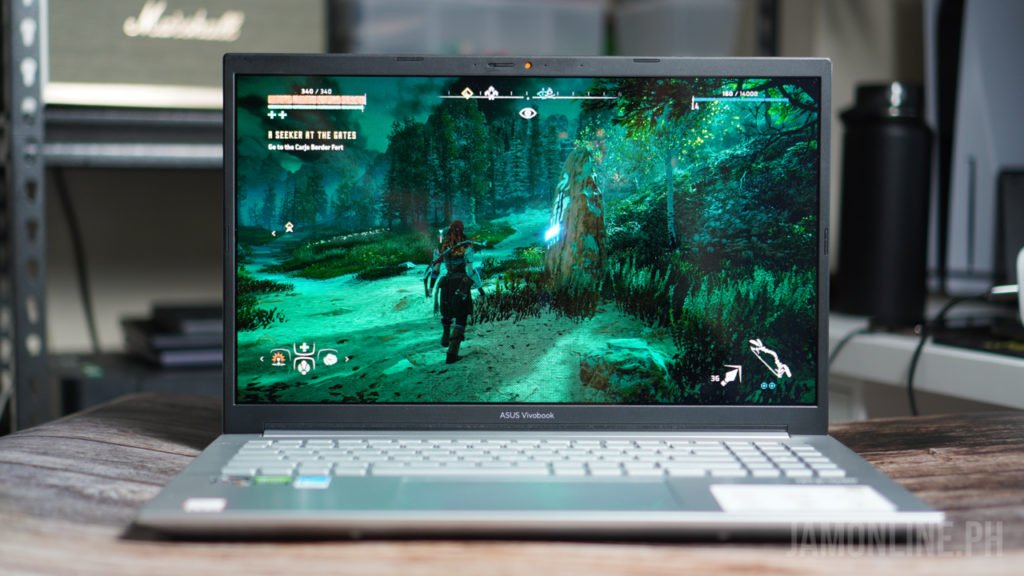 Inside the notebook is an AMD Ryzen 9 5900HX processor along with 16GB of RAM and also an Nvidia RTX 3050 GPU. If you ask me, those are decent hardware for a midrange notebook for creators. The processor is very decent for video editing on Resolve and of course, the RTX GPU is capable for photoshop editing as well. Check out our benchmarks of the notebook: 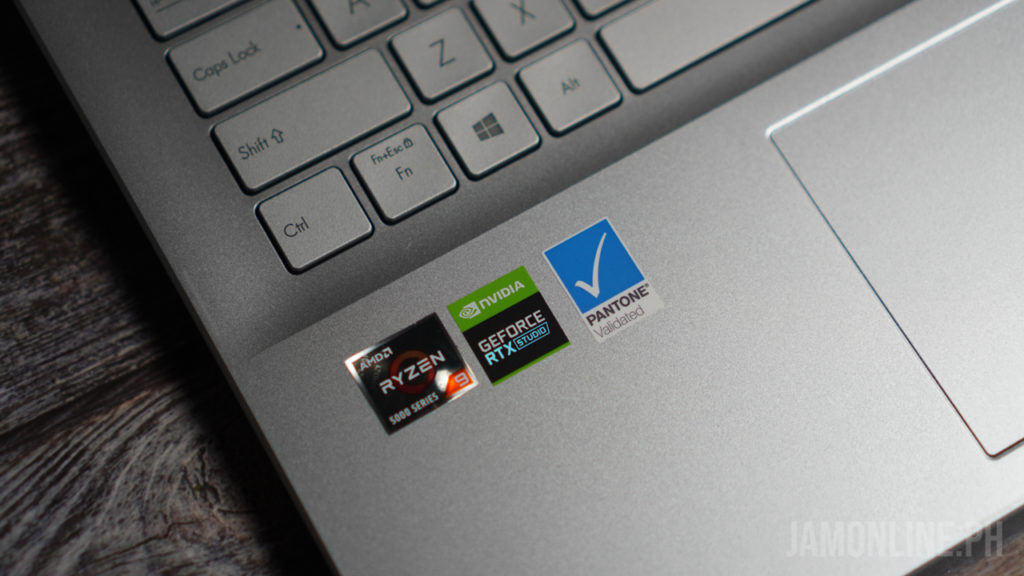 When it comes to SSD speeds, we got a read speeds of 3601MB/s with a 2833MB/s write speeds which is what I expected from the notebook but a PCIe 4.0 SSD would’ve made a big difference on the notebook. As for gaming, the RTX 3050 will be capable of most games in the market right now. We tested Horizon Zero Dawn in 1080p at favor performance settings and we got these results: Overall, the ASUS Vivobook Pro 15 OLED is made for those people who are into creating content or who want to use it as their main workhorse. The CPU of this one is definitely capable of whether you’re planning it on using for gaming or for work and the GPU is decent enough to run most games even at lowest settings. It’s not the most powerful one but the balance of its performance and portability is something that we could look forward to. 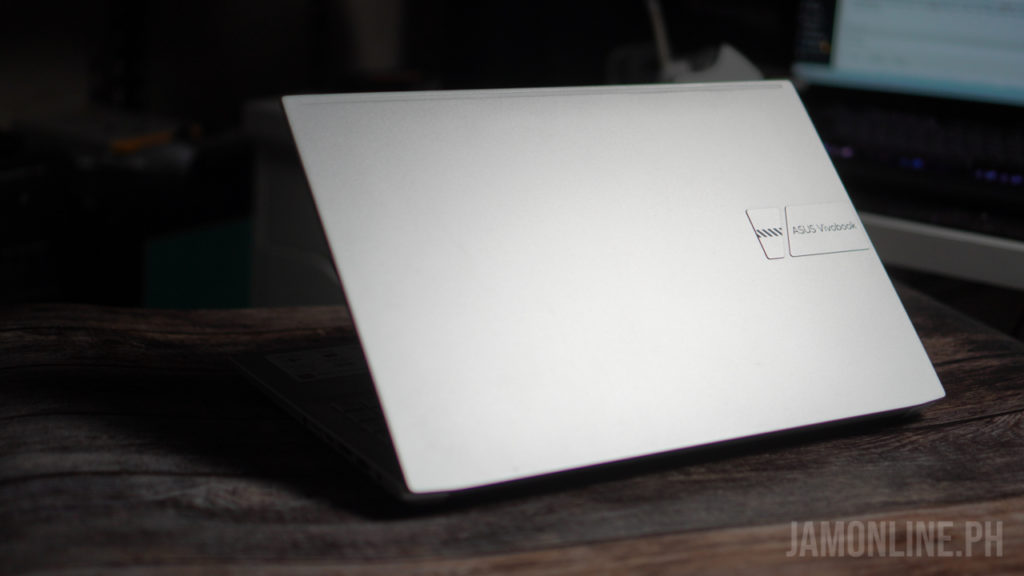