The ASUS ROG Zephyrus M16 2022 is one of the gaming laptops that we’ve reviewed, and we enjoyed. The gaming notebook comes with powerful hardware inside including an Intel Core i9-12900H and also a Nvidia RTX 3070Ti graphics inside which is definitely one of the best out there in the market right now. The design of the ASUS ROG Zephyrus M16 2022 comes with an all-black design with a minimalistic look that is fit for a 2022 gaming notebook. Unlike the Zephyrus G14 and the G15, the M16 does have a dot matrix design but it doesn’t have the light at the back but I do like reflections at the lid of the notebook The design of the ASUS ROG Zephyrus M16 2022 isn’t complicated, and they do have a clean black chassis on the notebook with the right size for the keyboard with no numpad. I actually like the black finish of the notebook, but it does attract a lot of fingerprints if you’re on the oily side. 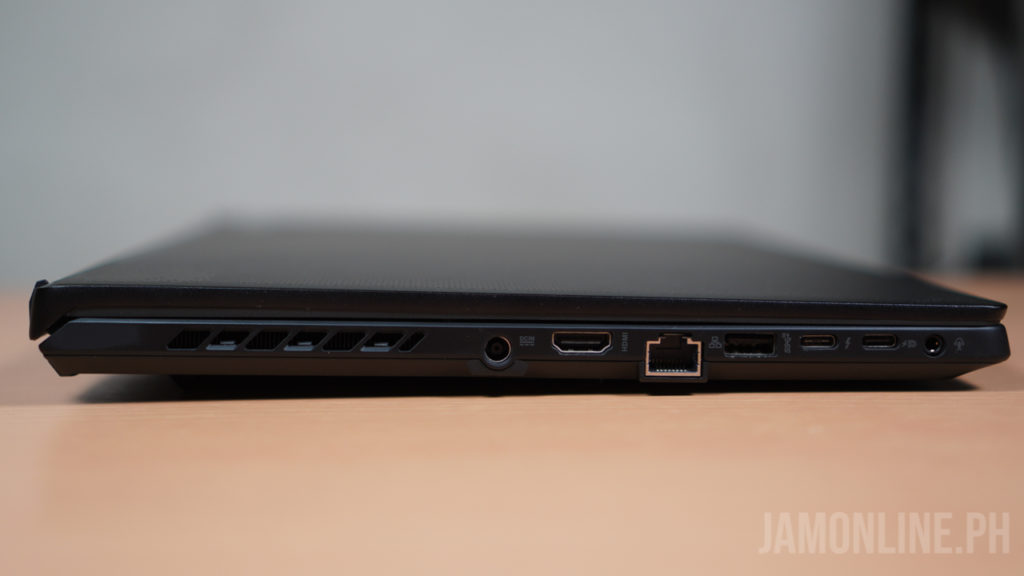 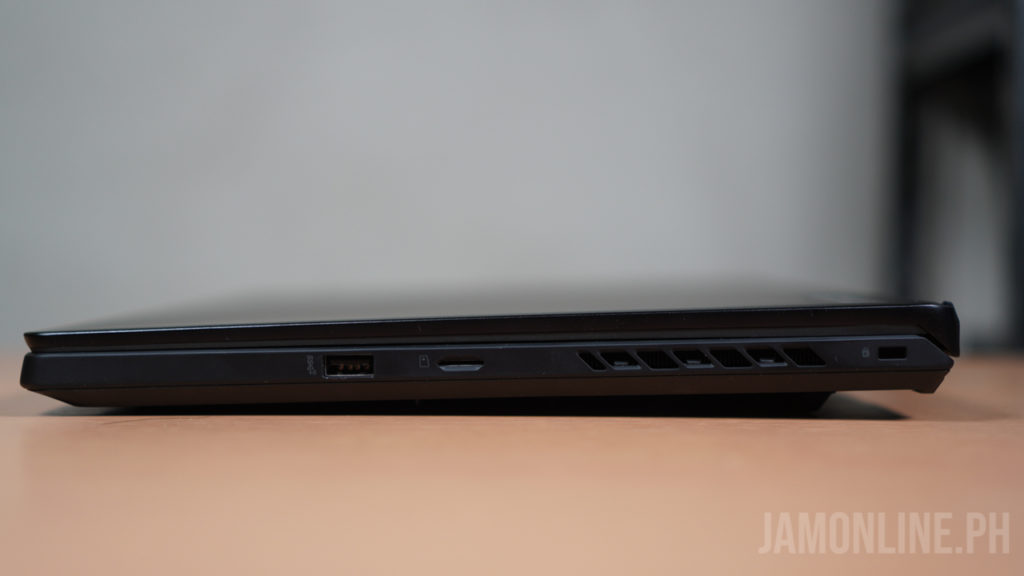 Thankfully, there’s a webcam on this one so you can still use it for zoom calls for your WFH or school needs. While for the dimensions and weight, it might be a 16″ notebook but this one feels like a 15″ because of its size. As for the display of this one, the notebook comes with a 16-inch QHD+ 2560×1600 display with an aspect ratio of 16:10 and honestly, I enjoy the aspect ratio of this one as a taller display shows more content for work and also for gaming. There’s the 165Hz refresh rate and also 3ms response time as well which is perfect for playing games like Valorant. Oh and the colors? They’re really great as well. ASUS calls it the ROG Nebula Display that basically offers the best experience for their notebooks. With this, you can get better colors and also a faster refresh rate and also response time which I really like. Like what I’ve said earlier, the laptop offers a minimalistic look, and it doesn’t have a numpad on the side but honestly, I only use the numpad on selected games. Typing on the keyboard feels comfortable to type on and I love the tactile feel on this one when typing. It’s pretty good for typing or for gaming. The keycaps size is fine as well and typing on it was a little bit better than the previous generation.

There might be no numpad on this one but they do have dedicated keys for the Armoury Crate and also for the mic and the speaker which are all useful. I would love it if ASUS can add a fingerprint scanner on the power button of the notebook though. It does offer RGB as well however, it isn’t a per-key RGB which is a little bit disappointing considering that this one is an ROG notebook. As for the trackpad, the size of it is large enough to use for daily tasks. It’s comfortable and large enough to use but it’s definitely not the best one that we’ve tried and it’s definitely not made for gaming. Still, use a mouse for that one. Of course, the notebook comes with some software and quirks inside. The notable one is the Armoury crate and yes, it’s definitely useful. For the uninitiated to ROG products, the Armoury crate brings everything that you need to monitor your notebook including the temps and of course, control the performance and speeds of the notebook. You can also change the colors of your RGB keyboard and create profiles with it.

As for the performance, the notebook that we have comes with an Intel Core i9-12900H processor along with 32GB of RAM and also an Nvidia RTX 3070Ti but of course, you could upgrade that if you want to go higher. We tested it in different benchmarks and here are the results that we got:

We also noticed that the fans get really noisy when you’re at the maximum performance on the notebook and as for the vents, it’s kinda weird as it’s facing the monitor which tends to heat up the monitor.

Games are running at 1080p at high settings