The smartphone also comes with a flat frame which is a trend on most smartphones these days but it doesn’t give the best ergonomics. Nonetheless, it’s still light to use, and using the smartphone, on one hand, will be just fine. The narzo 50i Prime comes with a 6.5-inch display which is pretty large enough for most use cases on a smartphone. Honestly, I find the size of the display of the smartphone just ideal for anything as it comes in the perfect size. 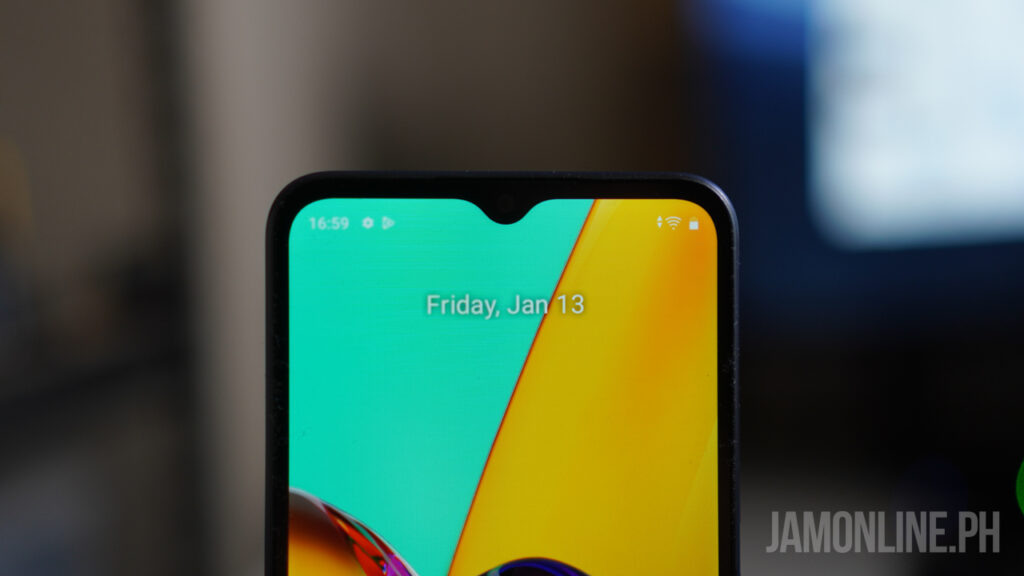 As for the quality of the display, it’s an HD+ display and it’s basically what you can expect from a smartphone at its price range. It’s actually pretty colorful and I wasn’t expecting that the display quality would be this good.

Running inside the smartphone is realme UI R edition which is based on Android 11 and I like how realme managed to optimize and minimize the software inside it. Apps load faster than expected and we’re still getting here full applications despite packing affordable hardware inside. The UI of the smartphone is still familiar as this one is still realme UI despite the optimizations that they’ve made. However, the starting 32GB storage of the smartphone might not be enough for all people so if you’re a heavy user, I suggest getting a microSD card or higher storage for this one.

When it comes to performance, the smartphone uses a UNISOC T612 processor inside along with 3GB of RAM. The processor of the smartphone can run the basic apps that you need whether that’s a random app on Play Store or Facebook but if you’re expecting to run heavier apps and games on this one, well, don’t expect too much. The narzo 50i Prime is made for those people who are using their smartphone for light and casual apps and games only. It’s not really made for power users.

In our benchmarks, here are the scores that we got on the smartphone: The narzo 50i Prime comes with an 8MP main camera and also a 5MP selfie camera. I know, there are no-nonsense cameras in here. Just a straightforward 8MP main camera. We all know that this is an entry-level smartphone, right? Well, the performance of the main camera is actually better than I expected. Check out some of the shots that we took using the smartphone.

For basic camera usage including posting on social media, the narzo 50i Prime will do its job pretty well. Actually, they did a pretty good job on both the front and rear cameras of the smartphone as we’re getting here better than expected results.