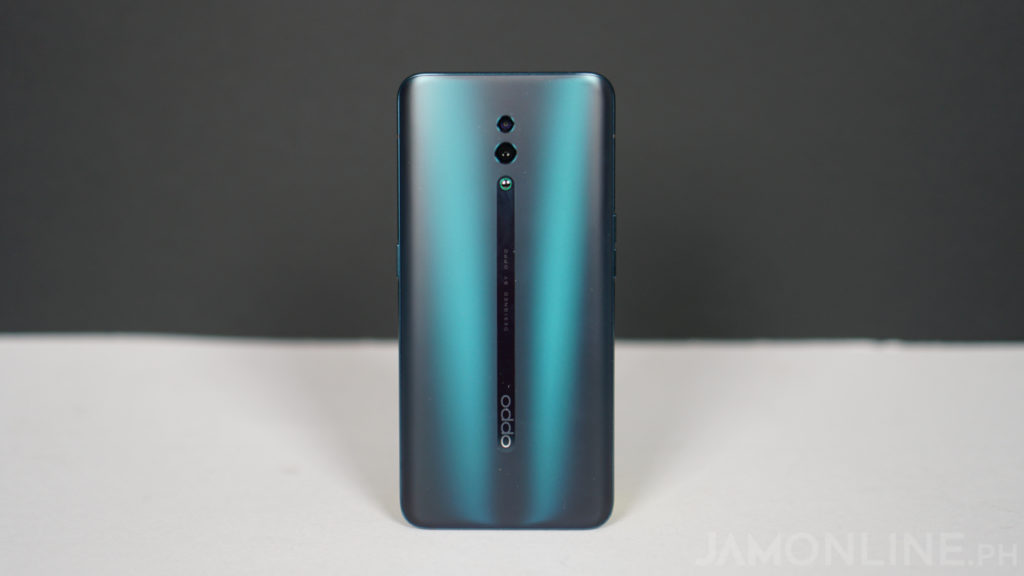 There’s the glass build on the back and front but this one has smaller dimensions since we have a smaller display. We also have one less camera on this smartphone and it loses the 60x zoom. But since the OPPO Reno is smaller, this one has a more ergonomic feel and it is handier compared to the Reno 10x Zoom. But yeah, it’s still slippery so I suggest that you use the included plastic case on this smartphone. In case you’re not using the case, the smartphone doesn’t have a protruding camera so to avoid scratches on the glass of the camera, there’s a round dot at the back that protects the camera by stopping the smartphone to lie flat on a surface. 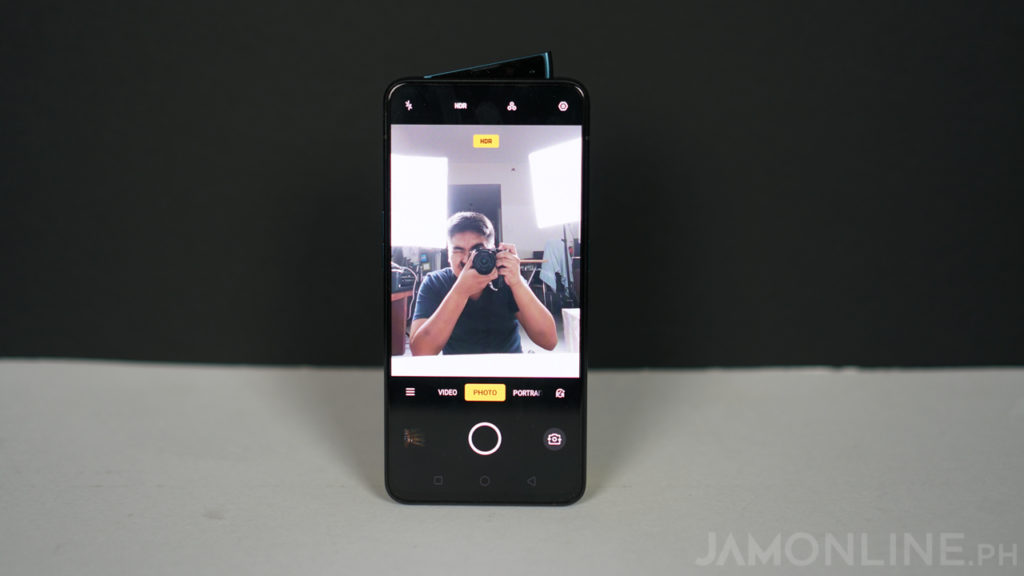 At the top is where you can find the “shark-fin” pop-up selfie camera and it does work well. You can also find the LED flash of the smartphone at the shark-fin pop-up camera of the smartphone. Below, you’ll be surprised to know that the 3.5mm audio jack exists on the smartphone alongside the USB-C that supports VOOC 3.0 Charging. The smartphone also features an in-display fingerprint scanner and it was quite fast but there’s a face unlock too which will be just fine to use as this one doesn’t the slowest nor the fastest pop-up camera but it will do its job well. The OPPO Reno features a smaller 6.4-inch display but do not worry, we still have a Full HD+ resolution in here and there’s the AMOLED in-cell panel in here so the quality and the display quality of the smartphone is still the same. Yes, it’s immersive but since we got a smaller size and lighter body in here, this one is better to use in one hand compared to its bigger brother.

With regards to the quality, the colors are vivid and the smartphone is bright even at direct sunlight. Everything is fine on using the display of the smartphone.

The OPPO Reno features a 3765mAh battery inside. In our review, the smartphone can last a single workday of usage even with casual gaming on the side. I was able to get a score of 9 hours and 59 minutes in PC Mark which is just average but in my real-life usage, I didn’t ask for a powerbank on this smartphone.

But in case you’re worried about running out of battery life, there’s support for 20W VOOC 3.0 Fast Charging on the smartphone. However, I’m a little bit disappointed that I didn’t get to see the SuperVOOC Fast Charging in this smartphone. The smartphone also runs on ColorOS based on Android 9 Pie and inside, there’s spacious storage of 256GB too however, we got a lower RAM here at 6GB compared to the bigger brother’s 8GB RAM. So what can we expect on this one? Well, the UI is pretty snappy and there pretty useful included apps such as the Phone Manager for optimization and also ORoaming for your roaming needs. Overall, the ColorOS 6 on this smartphone is fast, snappy and I didn’t encounter any problems with its optimization and speed. 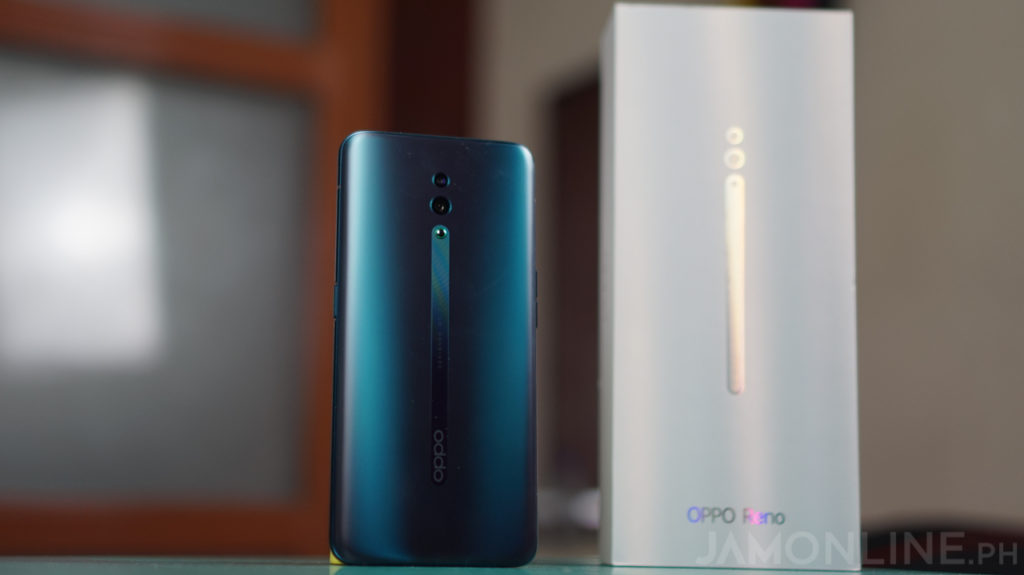 One of the biggest difference of the OPPO Reno compared to its bigger brother is its performance. Inside this smartphone is a Snapdragon 710 processor instead of the flagship Snapdragon 855 processor. Also, there’s a 6GB of RAM. 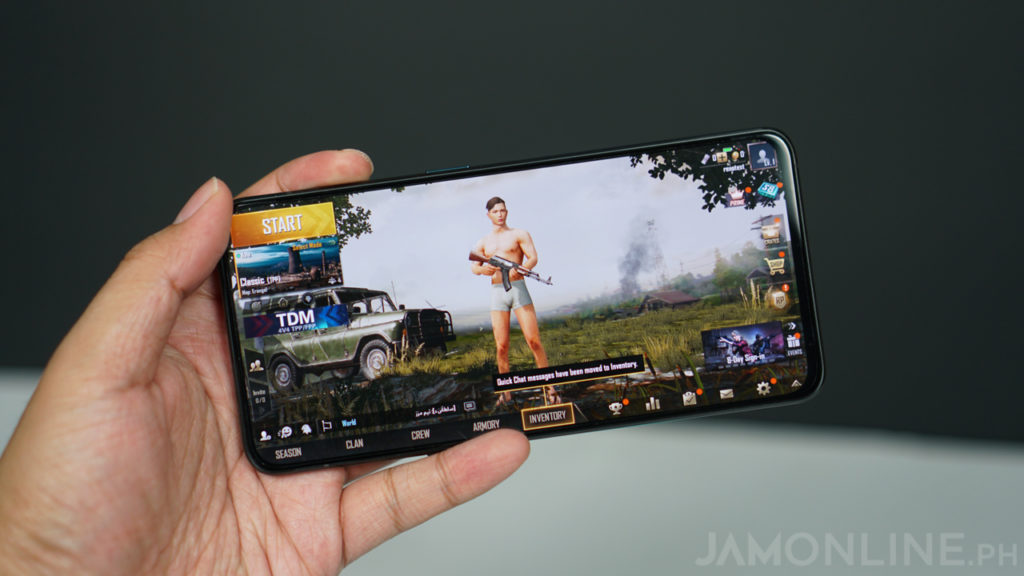 In gaming, I can easily see that the settings can’t be maxed out unlike the Snapdragon 855 processor. But again, the Snapdragon 710 will still do just fine in both apps and games. Check out the Gamebench scores that I got on the smartphone: 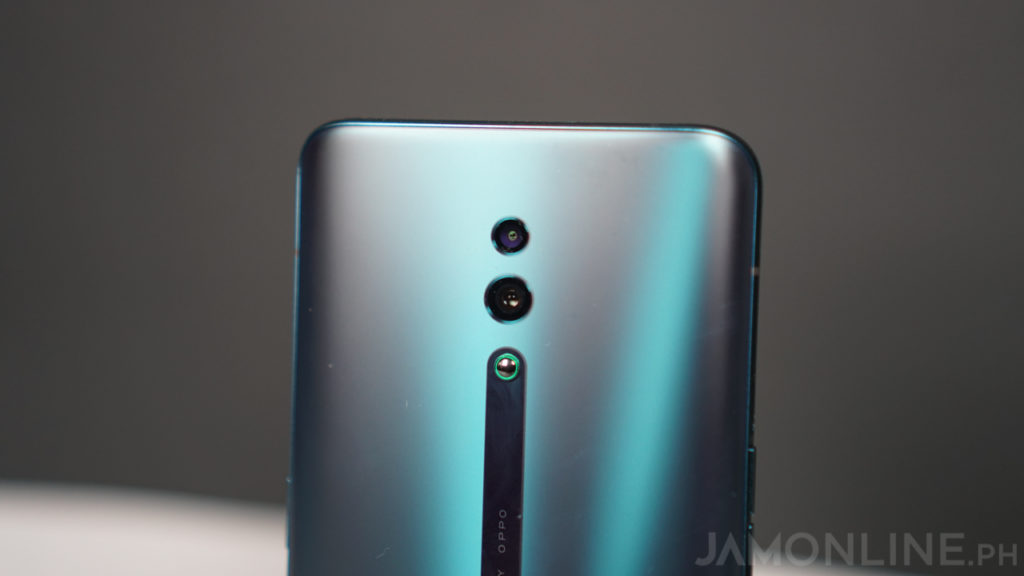 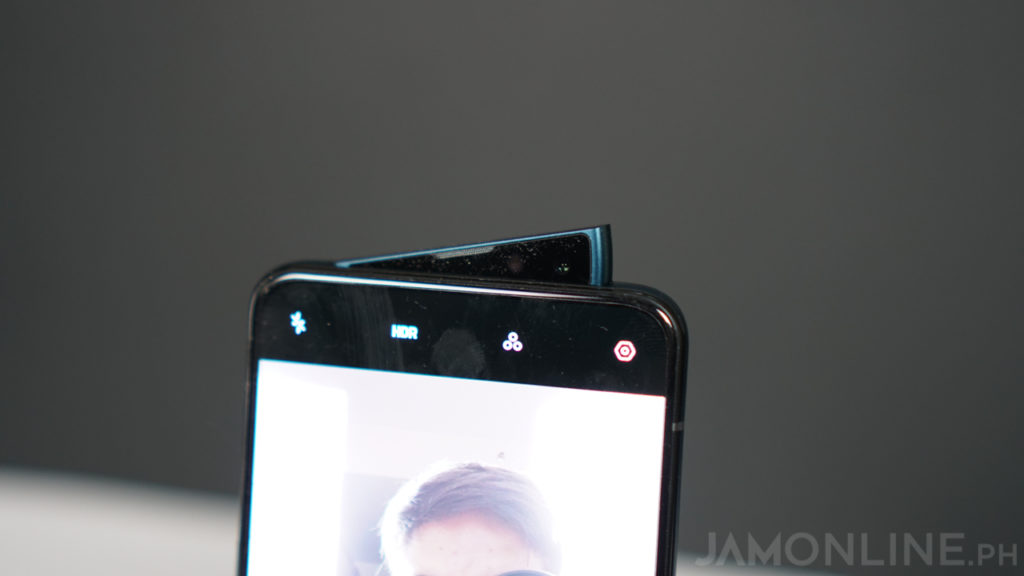 The camera features up to [email protected] video recording and of course, there’s the night mode that lets you capture night mode on the smartphone. If you’re curious about the camera, you can check out our shots using the OPPO Reno below: The OPPO Reno is a decent mid-range smartphone when it comes to design. When it comes to performance, well, we do have a lot of smartphones that offers a more powerful processor. But if you’re looking for a stylish smartphone and you want to have an immersive feel or view on the smartphone then this one might be the right one for you. And oh, the OPPO Reno does have a headphone jack which is a big plus for some people.