Earlier this month, realme has unveiled their newest budget smartphone in the market — the Realme C3. It’s one of the most exciting budget smartphones to date not only because of the price of the smartphone but also for the specs that you can get and also the power inside as this one packs a Helio G70 processor and also a triple camera. But is it really a good budget smartphone? Check it out below. 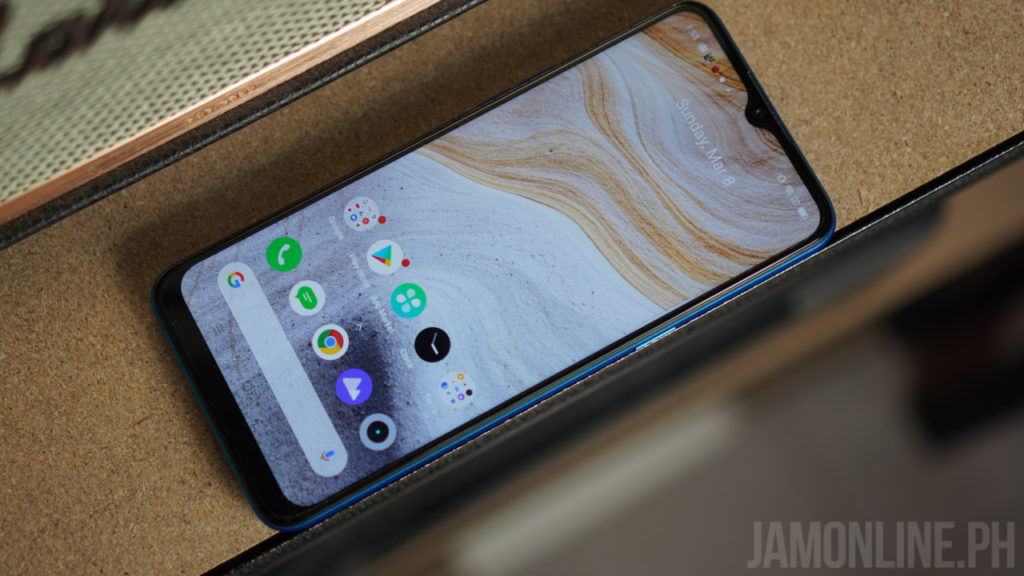 Without a doubt, the realme C3 is definitely a budget smartphone once you hold it. There’s the plastic body on the smartphone but unlike some other cheap smartphones, this one has a textured back that reminds me of the realme C2 before. The realme C3 also shares the same design of the realme 5i as we got here a vertical camera setup at the back with some lighting effect patterns at the back. 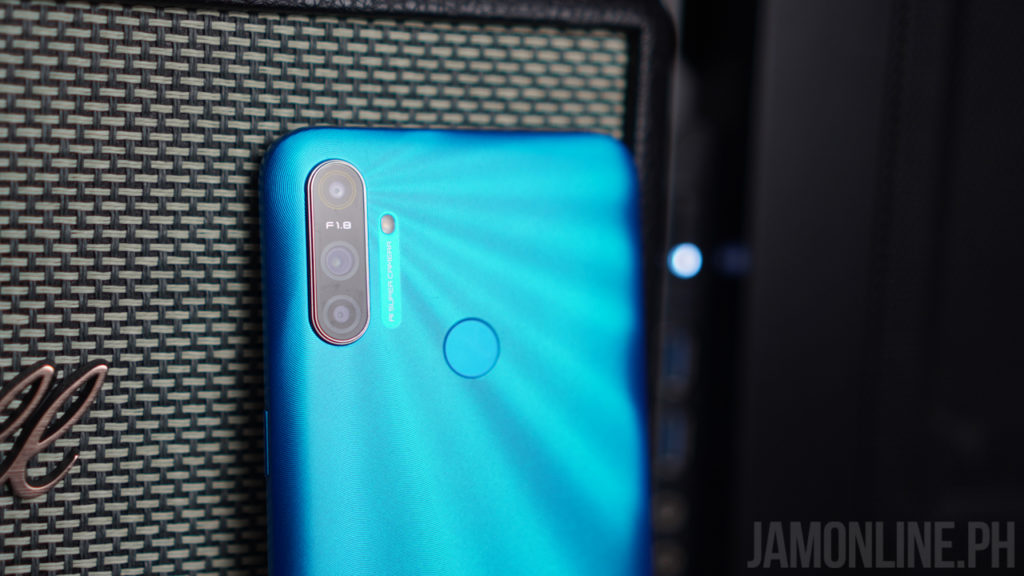 These days, the larger the display, the better and with the Realme C3, we’re getting here a large 6.5-inch HD+ display that is pretty good for gaming and other stuff. But of course, this is a budget smartphone so I was not expecting too much from the realme C3. As expected, the display this wasn’t sharp as most smartphones and just like before, we’re getting here a small notch at the top to make way for the selfie camera of the smartphone. And of course, we still got here some small bezels on the sides and a chin below. The colors of the display of the smartphone aren’t the best one even for its price range but I’m already satisfied with it. Nonetheless, for a budget smartphone, I wouldn’t complain about this one. Under direct sunlight, the realme C3’s display will still be visible and the touch response was quite fine for me when I was playing games. 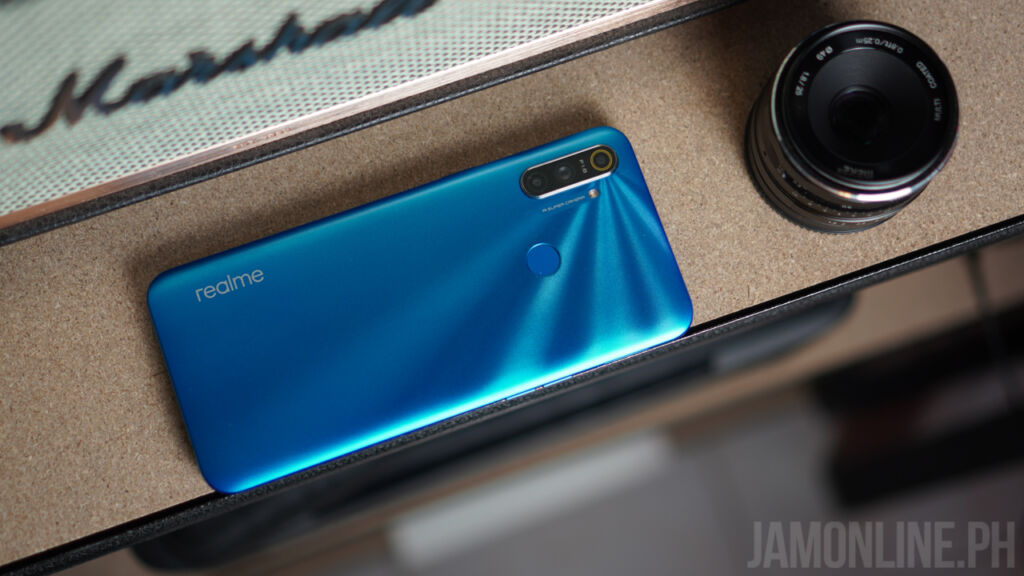 In normal usage, you can play almost all day on the smartphone and you won’t need a powerbank with this one on a single workday. The realme C3 is one of the first smartphone to sport realme UI and it’s actually based on Android 10 and it has a lot of similarities to OPPO’s ColorOS but the realme UI is fast, responsive, and the user interface of the is really good and easy on the eyes. Inside the smartphone is a MediaTek Helio G70 processor paired with 3GB of RAM and 32GB of internal storage. While the storage might be small, you expand it using your microSD card. Surprisingly, despite being an entry-level smartphone, the realme C3 does have a pretty good performance.

The Helio G70 is a surprising SoC as this one has scored pretty well in our benchmarks. Check out the scores that we got on the realme C3 below:

When it comes to gaming, the Helio G70 is actually pretty powerful and for a budget smartphone, you’ll be surprised with how the realme C3 performs. In our gaming test, we were able to run different games such as NBA 2k20, PUBG Mobile, Call of Duty Mobile and even Black Desert Mobile. Yep, Black desert. Check out our gaming test of the smartphone below: The realme C3 features a 12MP main camera, 2MP portrait camera, and 2MP macro camera at the back and also a 5MP selfie camera. Unfortunately, the smartphone didn’t take advantage of an ultra wide-angle camera and I barely use the macro camera of the smartphone. The smartphone can also take videos at 1080p30 if you want and the selfies? It will do just fine as long as there’s decent lighting. Unfortunately, the realme C3 doesn’t have a night mode which is really disappointing But of course, this is still not a perfect smartphone as we lack here an ultra-wide angle camera and also night mode but nonetheless, the realme C3 is still an excellent smartphone and I would highly recommend this smartphone if you’re looking for a budget smartphone. 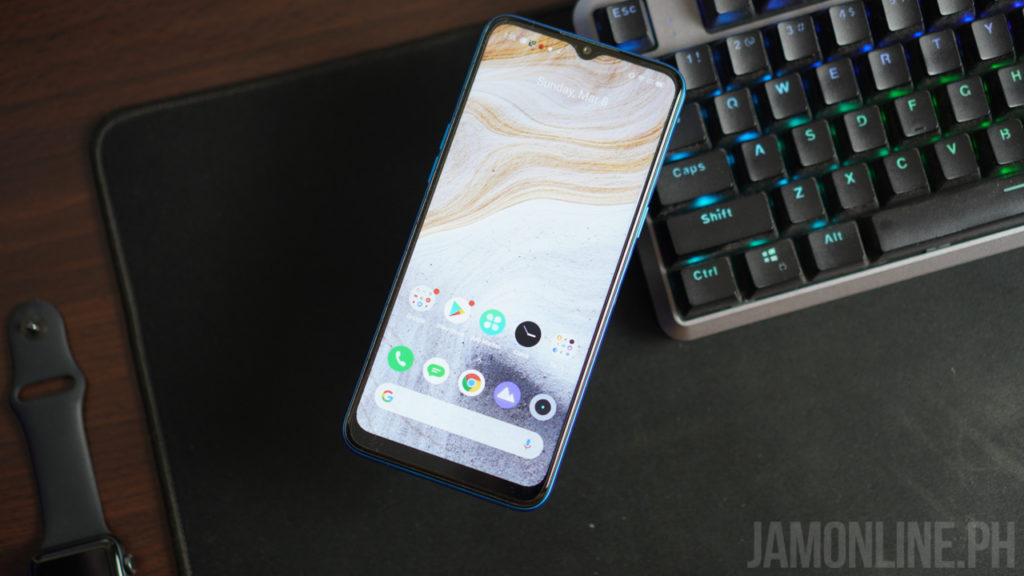