Compared to the previous years, realme Philippines has a lot of smartphones that are available right now that caters to the different wants and needs of their consumers and now, they have the Narzo series which is made for online-only market and with the realme Narzo 30A, this smartphone is made for gamers at heart. The realme Narzo 30A is giving us a solid polycarbonate back with a diagonal textured pattern. Despite being plastic, the smartphone does feel solid to the hand and I do feel that it feels tough and the best part is that it doesn’t get smudges because of the polycarbonate build of the smartphone. Below the smartphone is a USB Type-C port along with the microphone and the headphone jack. As for the charging, the smartphone comes with an 18W fast charging which will take some time before it can fully charge the smartphone. I didn’t expect that much when it comes to the display since the realme Narzo 30A is an affordable smartphone but we still got here a large 6.5-inch which is large enough for most people and I believe that is more than enough for most people and we also got here an HD resolution which isn’t the most ideal one but already expected for its price range. 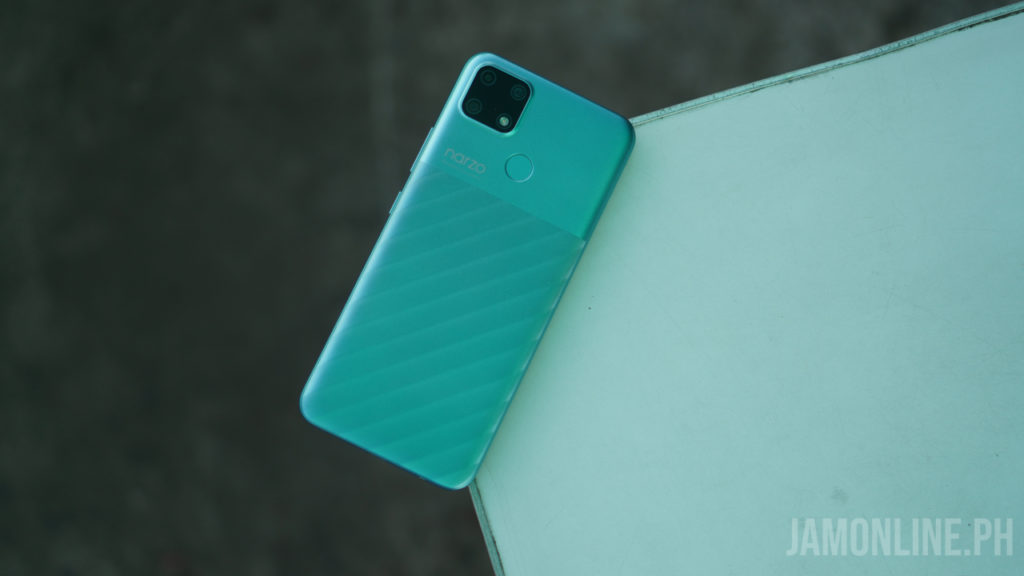 The battery is one of the unique selling points of the smartphone and with the realme Narzo 30A, we’re getting here a 6000mAh battery which is large enough compared to most smartphones in the market right now, and in our PC Mark test, we got a whopping score of 14 hours and 47 minuteswhich is really good so do expect long hours of playing games on this baby.

In normal usage, the smartphone can probably last 2 days or more which is really good and long-lasting.

Unlike the newer realme smartphones, the Narzo 30A still comes with realme UI 1.0 out of the box but you can expect a realme UI 2.0 update coming out later this year. It’s still running on Android 10 and it runs just fine but if you’re expecting for Android 11 features, well, you have to wait a few more months before we can get to that. 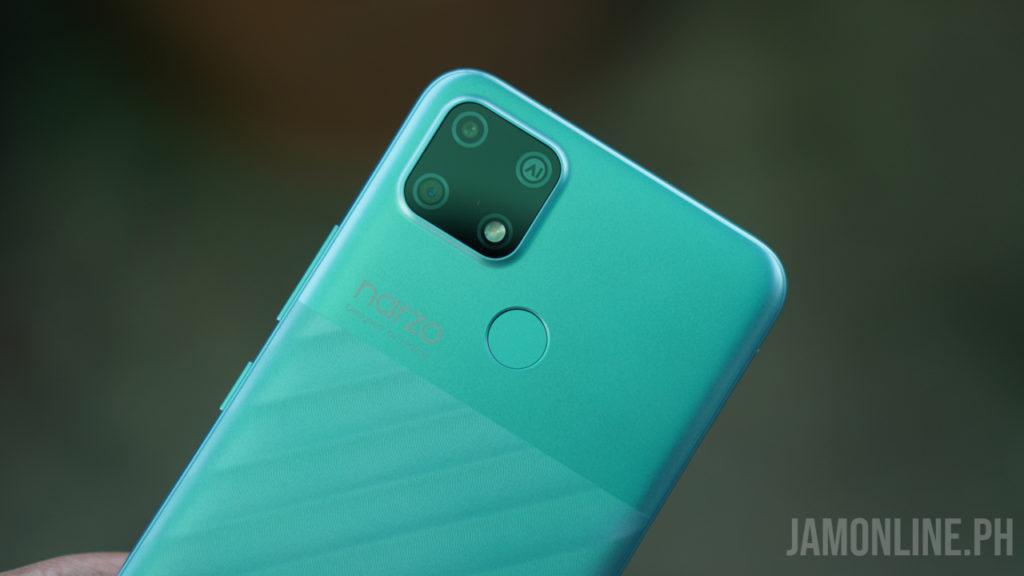 The camera of the realme Narzo 30A isn’t its strongest suit. The smartphone might look like it has a quad-camera setup but this is actually just a dual camera setup on the smartphone. It comes with a 13MP main camera along with 2MP B&W lens. For the selfies, there’s the 8MP front camera. Unfortunately, there’s no ultra-wide on this one so it’s a bit lacking for me but again, the smartphone is more on performance rather than a camera smartphone. Check out the shots that we took using the smartphone: The realme Narzo 30A is now available in the Philippines