realme Philippines has just launched their 2nd tablet in their lineup and it’s the realme Pad Mini. Unlike the realme Pad that we’ve reviewed before, this one comes in a more portable size that you can bring anywhere. But how does it fare? Well, do check it out in our hands-on and first impressions of the realme Pad Mini. The build quality is fine as we got here a metal back and also a flat metal sides but the design again, is similar to the realme Pad. There’s the volume rocker along with the power button on the side and on the other side, there’s the card tray which is interesting because the realme Pad Mini does support LTE so you can use the tablet and play anywhere. 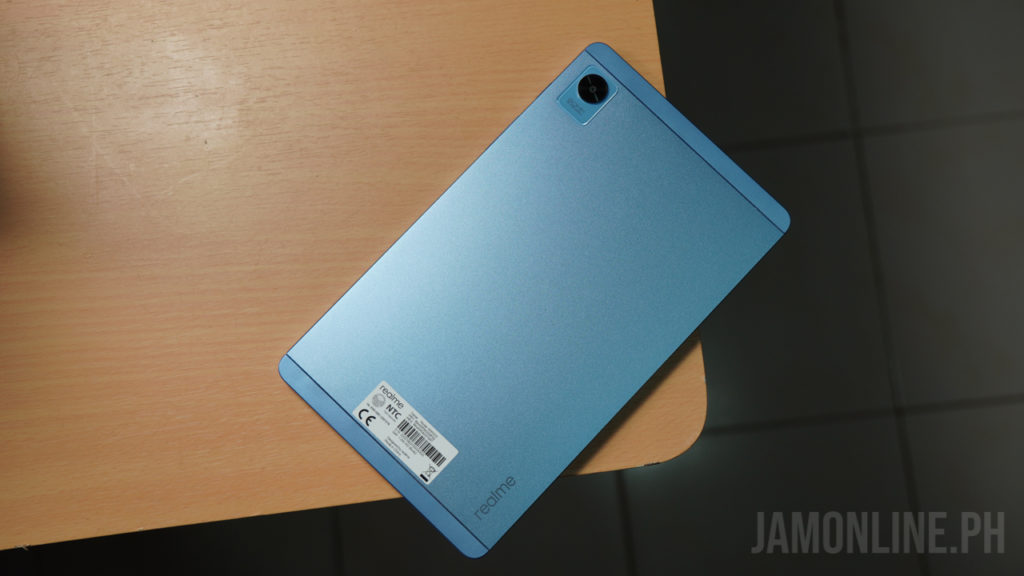 At the top, there’s the headphone jack and I was happy about it as a lot of people are using their tablets for entertainment and below, there’s the USB-C port but unfortunately, it doesn’t go past 18W but it’s still enough for me.

The display comes in a sweet size of 8.7-inch and it comes with an IPS panel but unfortunately, the resolution is at 1340×800 which isn’t really dense at all and it falls behind most tablets in the market right now. The quality isn’t the best either but it will do just in case you just need a display for your tablet. It’s not the brightest at all but you can still use it outside. For the performance, there’s the UNISOC Tiger T616 processor inside and for our review unit, it comes with a 4GB of RAM along with 64GB of internal storage. That’s a different chipset from the realme Pad but due to the low resolution of the realme Pad Mini, most of the apps and games ran pretty well on the tablet. Just take a look at the benchmarks that we got on the tablet.

When it comes to gaming, we were able to run some games and apps on the tablet including PUBG Mobile and Apex Legends Mobile at a toned down graphics settings but I was surprised that I was also able to run and play Genshin Impact on the tablet as long as it was set at the lowest settings. My guess is that because of the lower resolution of the tablet, games doesn’t have a problem loading on the realme Pad Mini. I find the 8.7-inch the sweet spot for viewing content and for gaming. Why? It’s bigger than most smartphones so viewing content is better but it also comes with a size that can be carried and held in one hand which is perfect to bring anywhere.

In our PC Mark Work2.0 Battery test, we managed to get 16 hours and 41 minutes on the tablet which is pretty great. As for the camera, the realme Pad Mini comes with an 8MP main camera along with 5MP front-facing camera and yeah, you can use it for video calls or meetings but don’t expect too much from its quality. The realme Pad Mini does offer a more premium feel and materials compared to most affordable tablets in the market. However, the hardware inside it are entry level including the UNISOC processor inside it and also the mediocre HD display on the tablet. Thankfully, there’s LTE on the tablet which sets this tablet apart from the others. 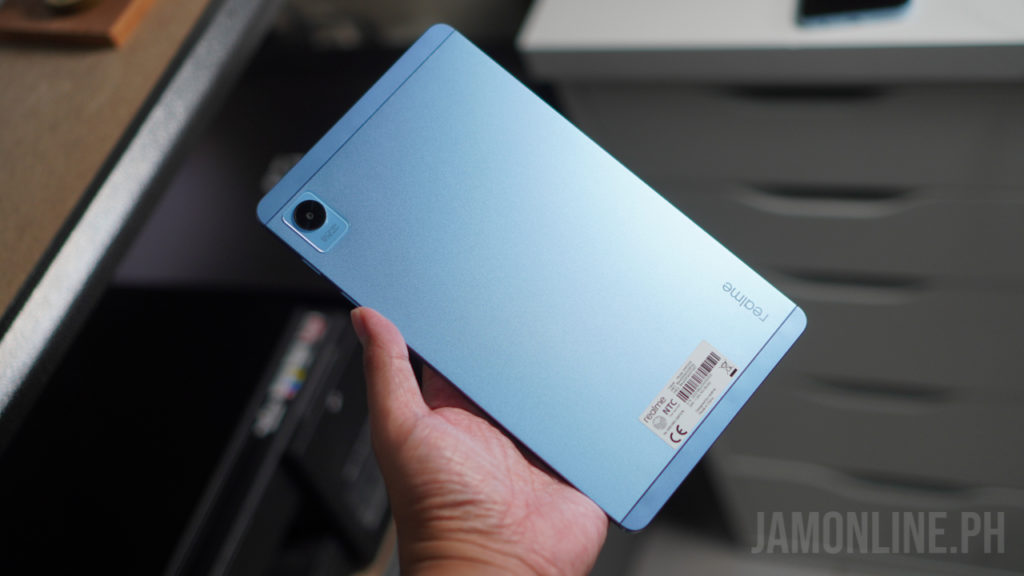 The realme Pad Mini is for the people who are looking for an affordable LTE tablet that they can bring anywhere that they can use for school, work, or entertainment.