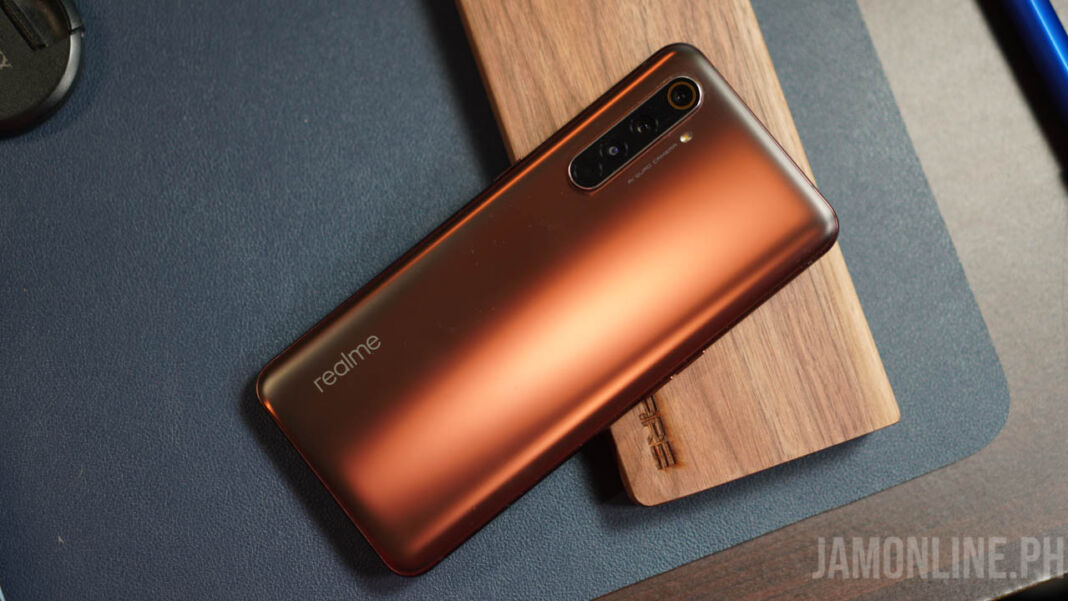 realme Philippines has finally launched the realme X50 Pro a few weeks ago. It’s their second smartphone here in the country to arrive with a Snapdragon 800 series chipset inside. Not only that, because the realme X50 Pro 5G is also their first smartphone to come with 5G inside. Yep, it’s an exciting flagship smartphone from realme! Check out what we think about the smartphone in our review below. 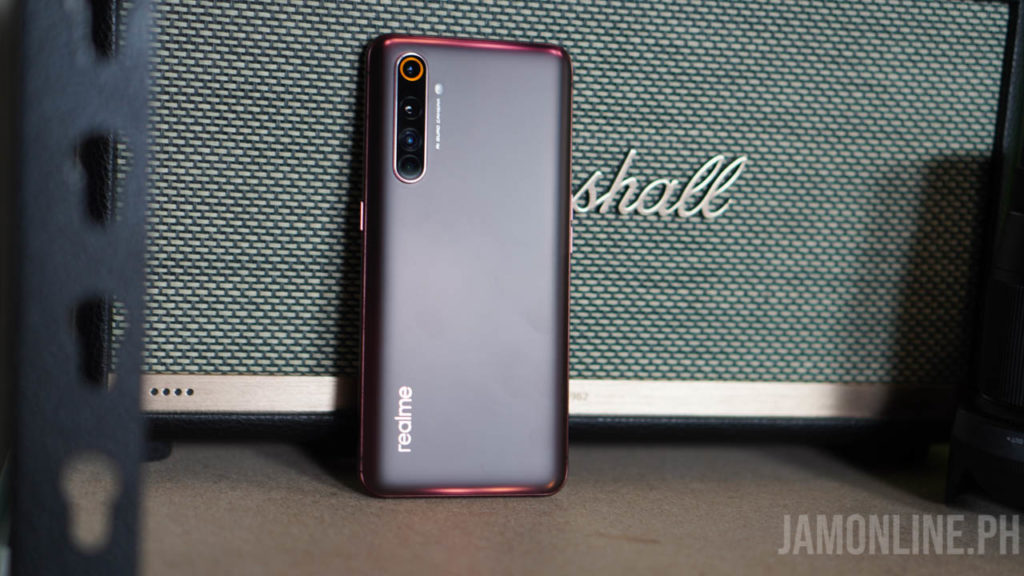 Just like the realme 6 series smartphones, this one has the curves that fits perfectly in my hand. The curves at the back of the smartphone feels fine but since this one is made up of glass, it’s a little bit slippery in my hand. While on the sides, we got here a solid metal that feels good to the hand. As for the ports, there’s the USB-C below and it supports up to 65W of SuperDart Charge which can fully charge your smartphone from 0 to 100% in just 35 minutes. We’ve seen this feature in action back in the realme 7 Pro that we’ve reviewed before and we’re definitely amazed with this one. As expected, there’s no 3.5mm headphone jack on this one so I highly suggest that you also get the realme Buds Pro that comes with noise cancelling. It’s an excellent wireless earbuds whether you want to use it for gaming or for just your casual Spotify playlist. For the fingerprint scanner, the realme X50 Pro opted for an in-display fingerprint scanner which is fast enough but you can also use the face unlock of the smartphone if you wanted to. As for the 5G, I didn’t had any problems with 5G on this smartphone and I can even have speeds up to 500MBps down in my speed test which is pretty great. And since were getting here a flagship specs with 5G at a affordable plan, the realme X50 Pro 5G is a pretty good deal. For the display of the smartphone, they’re now using an AMOLED for this one with a Full HD+ resolution. There’s the 6.44” panel and I believe this one is just the right size for a flagship smartphone with these dimensions. As expected, this one has a really good colors on the panel of the smartphone which is excellent for watching videos and movies. 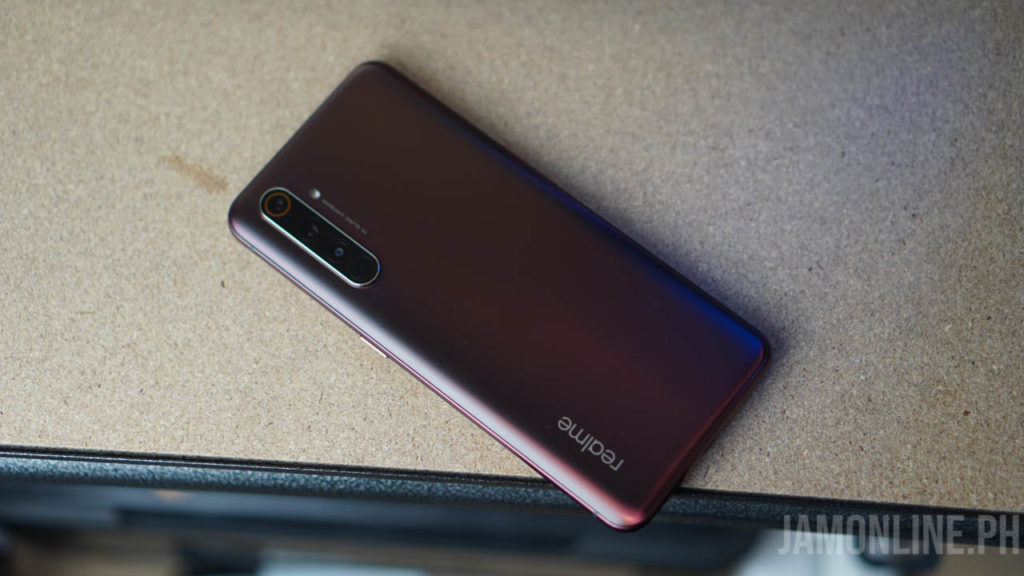 One of my favorite features in most realme smartphones is the battery. We got here a 4200mAh battery inside and the smartphone could last a day of usage for me but for some people, they might need a powerbank if they’re really a heavy user of 5G. In PC Mark battery test,  I was able to get 13 hours and 34 minutes which is still pretty good but way different than most realme smartphones that we have reviewed before. Nonetheless, the battery life that we got was still excellent for a flagship smartphone.

As for the charging, I love charging on this one as the smartphone supports up to 65W SuperDart Fast Charging and most of the time, I don’t have to charge my smartphone overnight as I can charge it in just less than an hour and already get a full charge with it.

As you can expect in games, the realme X50 Pro 5G doesn’t come with any problems. I was able to run any games ranging from League of Legends: Wild Rift up to Genshin Impact. However in some games, we were not able to run up to 90fps on this one despite the availability of the 90Hz display with AMOLED panel. It’s not disappointing but I hope that they could update it and make it available on the smartphone. 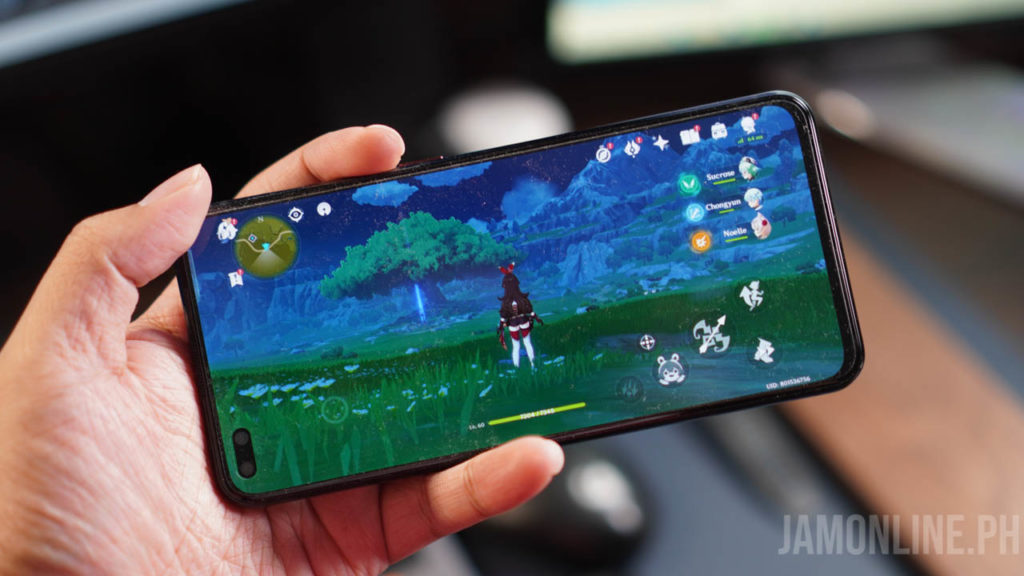 Thankfully, despite playing hours on the smartphone, I was pretty happy with the temps and the smartphone didn’t reach up to the point that the smartphone is too hot to handle when playing games. The vapor cooling chamber does really work on the realme X50 Pro 5G. As for the software, we’re running here the latest version of realme UI 2.0 which is based on Android 11 so yes, if you would like to experience the latest Android on a smartphone, you can already experience it on the realme X50 Pro 5G. For the camera, this one comes with a total of six cameras with a 32MP Sony IMX606 + 8MP ultra wide-angle camera on the front  and then there’s the 64MP main camera + 8MP ultra wide-angle + 12MP telephoto lens + B&W portrait lens at the back and overall, I’m pretty happy with the results that we got on the realme X50 Pro 5G. It can compete with the flagship level smartphones and we also got here some cool features like Ultra NightScape mode and more. The colors are just fine on the shots that we took on the smartphone and I’m pretty happy with the contrasts and dynamic range of the smartphone. At night mode, it isn’t the best camera out there but it will do a great job most of the time.

As for the selfies, they are surprisingly good but I suggest that you use the 32MP main camera instead of the ultra wide-angle lens to get a favorable quality. For the video, the main lens can support up to 4K/60fps while the ultra wide lens does not support it. Unfortunately, the smartphone doesn’t come with 8K but recording on the smartphone even at 4K/60fps is pretty good. It might not be the best flagship smartphone when it comes to camera but it definitely got some kick and it’s really decent for some shots. 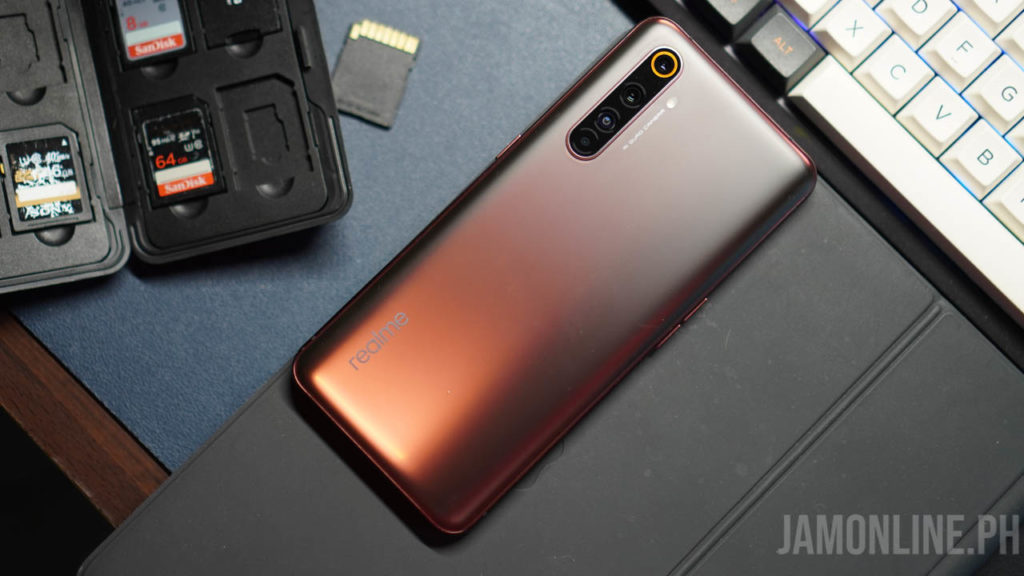 The realme X50 Pro 5G is one of my favorite smartphones from the company. It’s a proper smartphone for everyone as we tick different boxes that we need on a smartphone including a solid body, a capable hardware, long battery with fast charging, and just a fine camera. It’s hard to say anything terrible about the smartphone because, really, there are none. Well, we do miss the 90fps on some games and also 8K video recording but our overall experience on the smartphone is really good. Definitely one of the best 5G smartphones out there especially for its price.