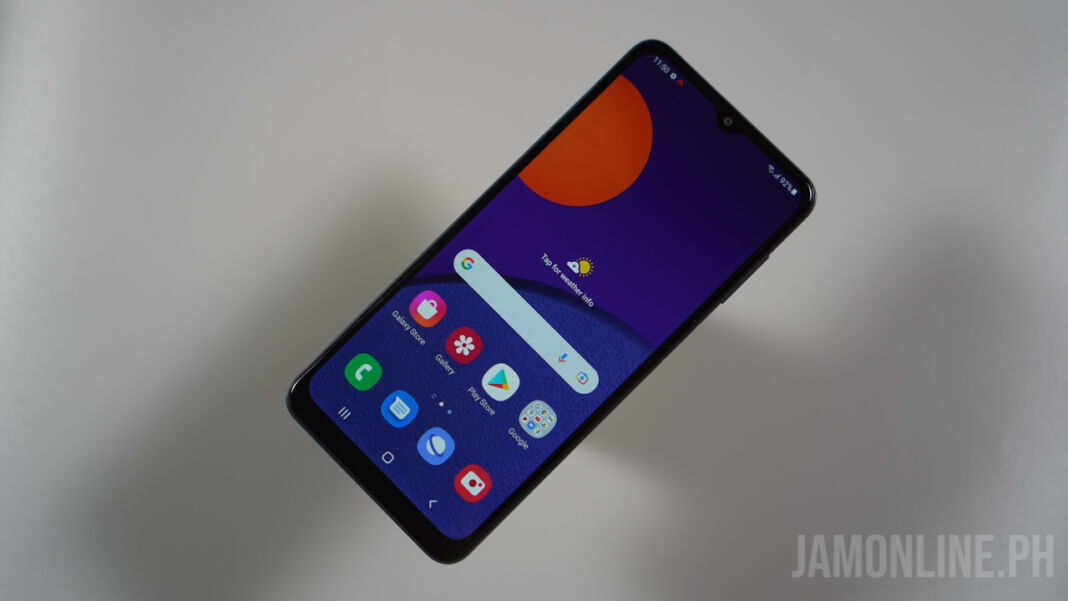 When it comes to the design of the smartphone, it has a lot of similarities to the Samsung Galaxy A12 but the Galaxy M12 has a different as this one packs a different textured back design but this one is still made up of plastic but it doesn’t feel that cheap when you use it. Despite being a thick smartphone, this one is still ergonomic. The smartphone comes with a little bit of weight but I really didn’t have any problems when using the Samsung Galaxy M12 with one hand.  It weighs at 214g but overall, it was just fine for me to use. 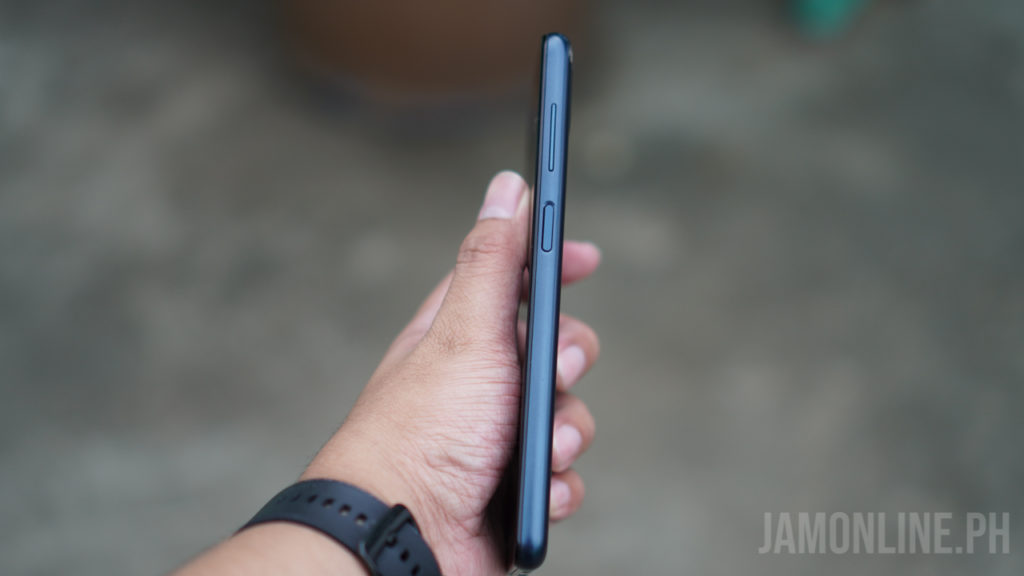 Below the smartphone is where you can find the USB-C port along with the headphone jack but despite the large 5000mAh battery inside this smartphone, it only features a 15W fast charging so it might take a while before you can fully charge your smartphone. Most of the time, I charge my smartphone before going to bed. 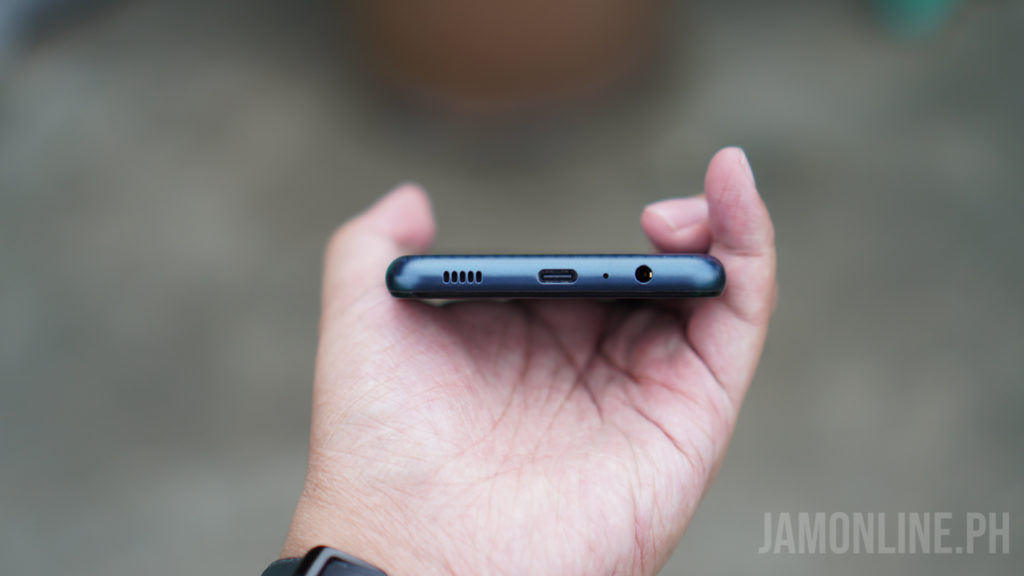 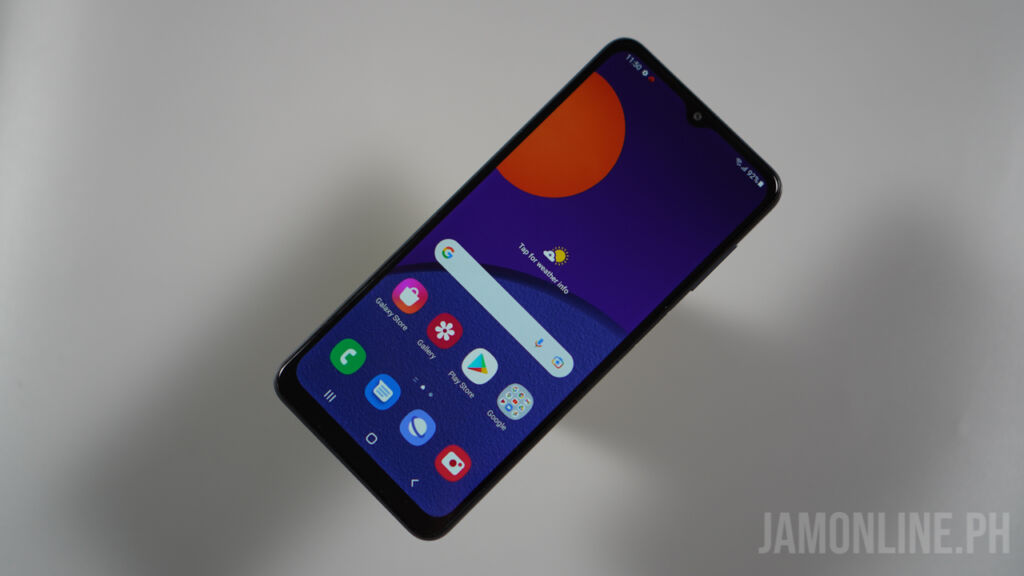 The resolution of the smartphone might not be the best one as this one only features an HD+ panel but it’s a reasonable one for its battery and it does save a lot of battery for me. It might not be as sharp as other smartphones in its price range but it gets the job done. One of the main features of the smartphone is the battery. The smartphone is equipped with a 5000mAh battery inside and like what I’ve said earlier, it only comes with a 15W fast charging which is a little bit slow by today’s standards.

But when we tested the smartphone in the PC Mark 2.0 Battery Life test, we were able to get a score of 18 hours and 39 minutes which is one of the longest battery life that we’ve seen on a smartphone. The smartphone’s chipset which is an Exynos 850 is surprisingly an efficient one when it comes to battery life. The smartphone comes with an Exynos 850 chipset which we rarely see on entry-level and mid-range smartphones. The chipset is surprisingly good when it comes to handling the thermals of the smartphone unlike its bigger brothers on the flagship smartphones of Samsung. As for the performance, we got these benchmarks on the smartphone:

Basically, the smartphone isn’t the most powerful one in the market right now even at its price range but it’s capable of running Genshin Impact, however, don’t expect really good framerates from these games. We were also able to play PUBG Mobile on the smartphone with smooth graphics with ultra framerate. However, playing light games such as Mobile Legends: Bang Bang won’t be a problem on this one. 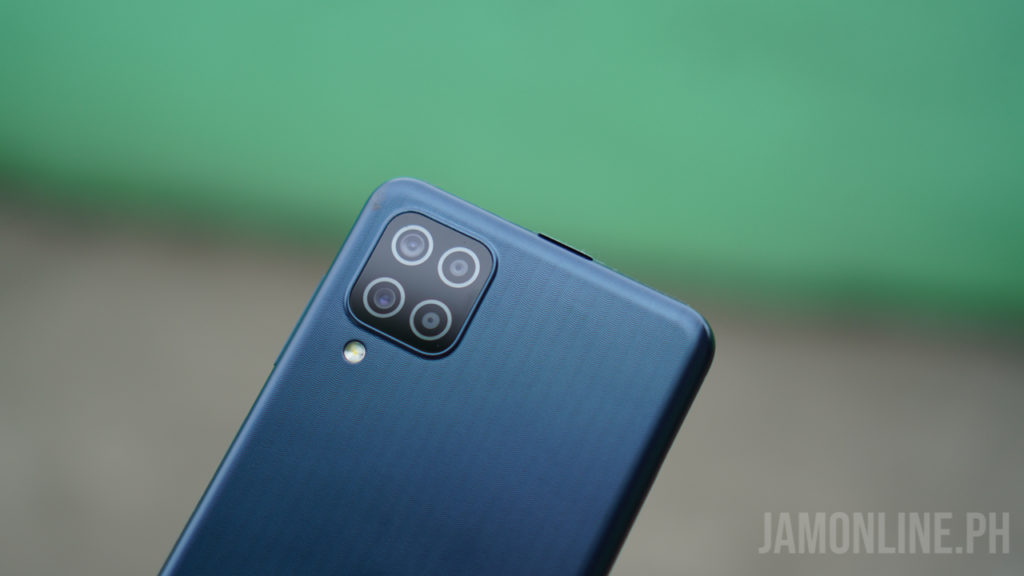 Overall, if you’re looking for a smartphone that won’t break the bank and you want a long battery life then you might want to consider this one as it has one of the longest battery life that we’ve ever seen and the camera was surprisingly fine on the smartphone. However, if you’re planning on playing games on this one, well, this won’t be your best bet but it can run most apps and games that you want on the smartphone.

If you want to get one, the Samsung Galaxy M12 is now available in the market for Php7,490.