The Samsung Galaxy S20 series was unveiled in San Francisco, California last February and in the middle of the three brothers is the Samsung Galaxy S20+. Just like the other Galaxy S20 smartphones, the Galaxy S20+ brings a lot of new features to the series including a brand new SoC inside which is more powerful and of course, a big upgrade to the camera. Check out what we think about the smartphone in our review below: 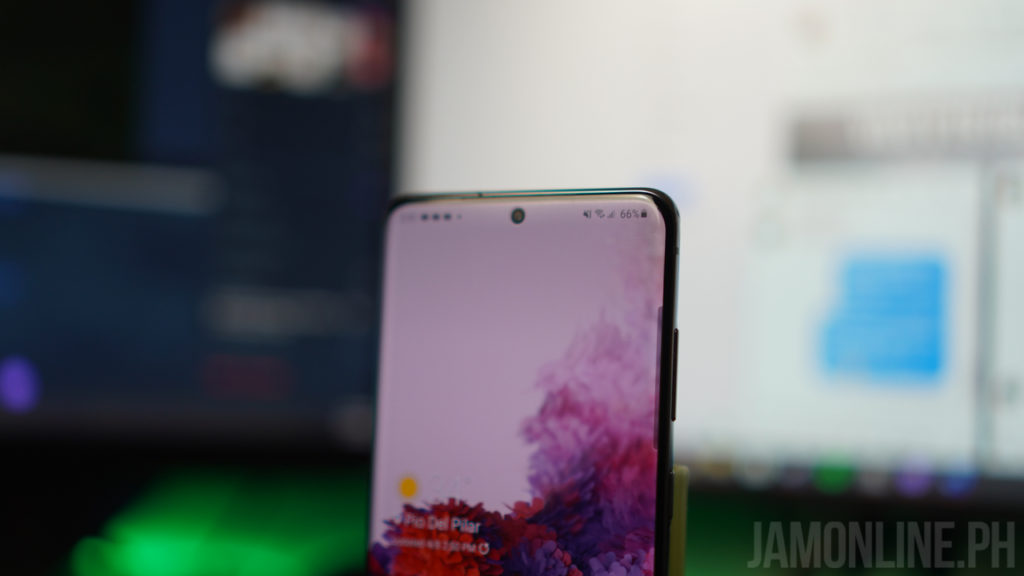 The Samsung Galaxy S series never fails to amaze me when it comes to build quality. We still have here an all-glass design which is premium to hold and of course, there are the metal sides on the smartphone that adds to the solidness and premium quality of the smartphone. Out of the three Samsung Galaxy S20 smartphones, the Galaxy S20+ is the perfect one for me when it comes to ergonomics. It’s not that thick unlike the Galaxy S20 Ultra and the display size and its body size are not small nor too big for me. The ergonomics of the smartphone is pretty good too as we got here curved sides at the back, the size is just perfect for me. When it comes to buttons, we still got here a power button and the volume rocker that is perfectly placed on the sides, however, the smartphone loses the headphone jack compared to the Galaxy S10 series but it’s 2020 already and it doesn’t affect much of the consumers now. 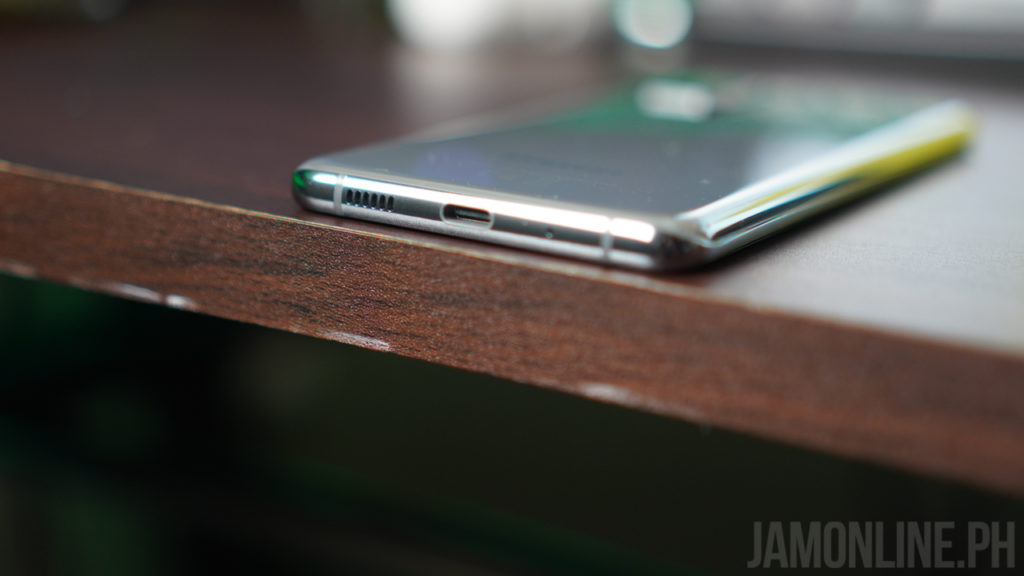 There’s USB-C on this smartphone and thankfully, the Samsung Galaxy S20 supports 25W fast charging and it comes with that charger too. So yeah, it’s fast enough but not as fast as other smartphones with more than 25W fast charging. The bezel is thinner than before and it does look good to me. The 6.7-inch display feels perfect but my favorite feature of the smartphone is not just the size of the display but also its refresh rate. We got here a 120Hz refresh rate and it does feel smooth, however, you can only use it FHD+ resolution and you have to revert to 60Hz whenever you want to set it at QHD+. 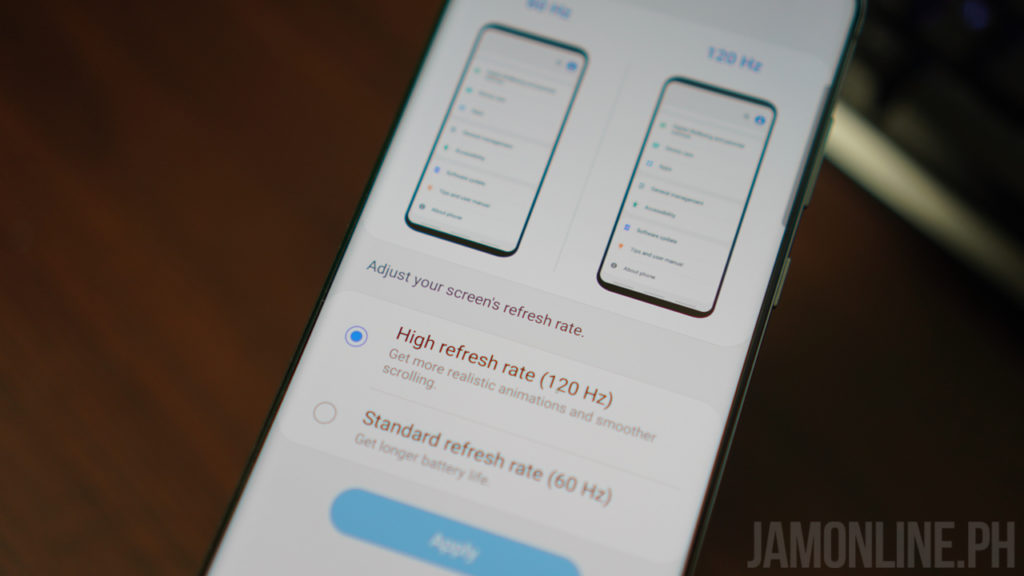 Nonetheless, the colors of the display were excellent and I love playing games on the display of the smartphone since we’re getting a smooth display thanks to the refresh rate and it’s very sharp and very visible under direct sunlight. The smartphone features a 4000mAh battery and it’s just a fine battery for its size however, I noticed that the power draw on the Exynos 990 was noticeable compared to the Snapdragon counterparts. We’ve used the Samsung Galaxy S20+ on PCMark and we also tested it on both 60Hz and 120Hz and below are the results that we got on the smartphone.

The Samsung Galaxy S20+ still uses OneUI 2 as expected and of course, It was fast, swift, and the UX of the smartphone feels just fine and it might be similar to the previous OneUI but this does pack a lot of features inside Galaxy S20+. One of my favorites is the Samsung Members in where I can get discounts, tips, and perks that are exclusive to Samsung Galaxy users. And of course, the other apps would work just fine. What I like about the OneUI is that the UI is fast, responsive and it’s really easy to use and understand. When it comes to performance, the Samsung Galaxy S20+ is running on Exynos 990 processor which is way more different than the one in the US as the latter features a Snapdragon 865 processor which is way more powerful on the numbers and also more power-efficient. When it comes to numbers on benchmarks, the Exynos 990 doesn’t disappoint as we got here a pretty high score on benchmarking applications. Check it out below.

When it comes to gaming, I noticed that Exynos 990 isn’t as optimized as other chipsets but most of the time, the games will still run well. Check out our Gamebench scores on the Samsung Galaxy S20+ below. The scores that we got on the smartphone was pretty good. In PUBG Mobile, we set it up at smooth graphics with extreme framerates (You can only enable extreme framerate at smooth settings) with Anti-aliasing on and also at very high settings on Call of Duty Mobile with max frame rates with the effects on. The rest of the games runs on the highest settings possible. Overall, I still wonder why PUBG Mobile can only run Extreme frame rates on smooth graphics settings considering that the smartphone is a flagship one. Nonetheless, the smartphone can still run on the latest games including Black Desert Mobile but it is capped at 45fps despite setting at the highest possible settings. 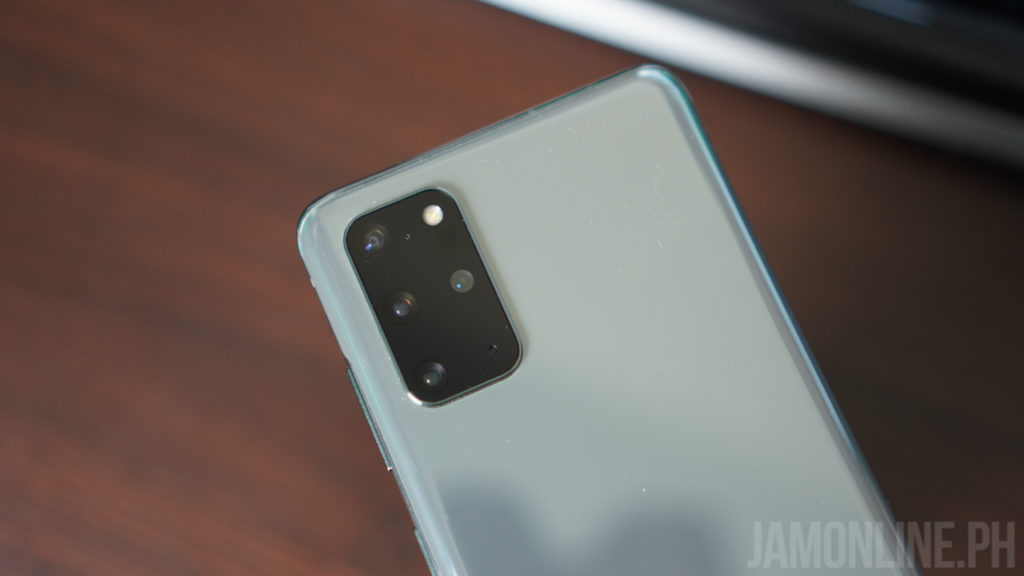 When it comes to zooming, this one isn’t as good as the S20 Ultra but the 30x zoom of the Samsung Galaxy S20+ is one of the best things that I liked about the camera of the smartphone. The 30x zoom isn’t as clear as expected but it can help if you want to shoot from afar. Check out the shots that I got on the smartphone.

Lastly, there’s 4K video recording on the smartphone too at 60fps and it was quite good but if you want, you can also record at 8K but you’re stuck as 24fps on that one and it doesn’t have really good autofocus at 8K. And yes, there’s a rolling shutter on 8K too but hey, at least you’re getting an 8K video recording on the Samsung Galaxy S20+ which is a first. 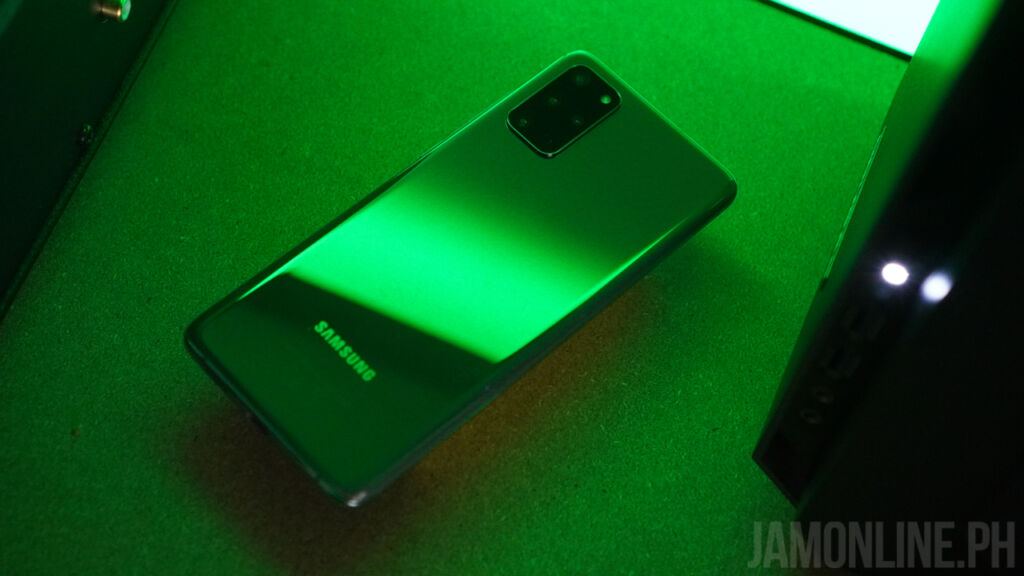 The Samsung Galaxy S20+ is an excellent smartphone despite being in the middle of the three smartphones. The size of the smartphone is just perfect as we got here a 6.7-inch display that can go up to 120Hz and of course, the 64MP camera is really good despite not having the same 108MP sensor of the Galaxy S20 Ultra. Despite having a good display, design, and camera on the Galaxy S20+, some people might think twice about the Exynos 990 chipset inside the smartphone. Yes, it’s powerful but it’s not as optimized as other chipsets in some games and it’s not as power-efficient as the Snapdragon 865 processor. Nonetheless, the smartphone can still run most games and the numbers that we’re getting on synthetic benchmarks are still on the flagship level. The Samsung Galaxy S20+ might be the best Galaxy S20 variant if you prefer balance among the three smartphones. Again, we got here an excellent display, design, and also a really good camera.