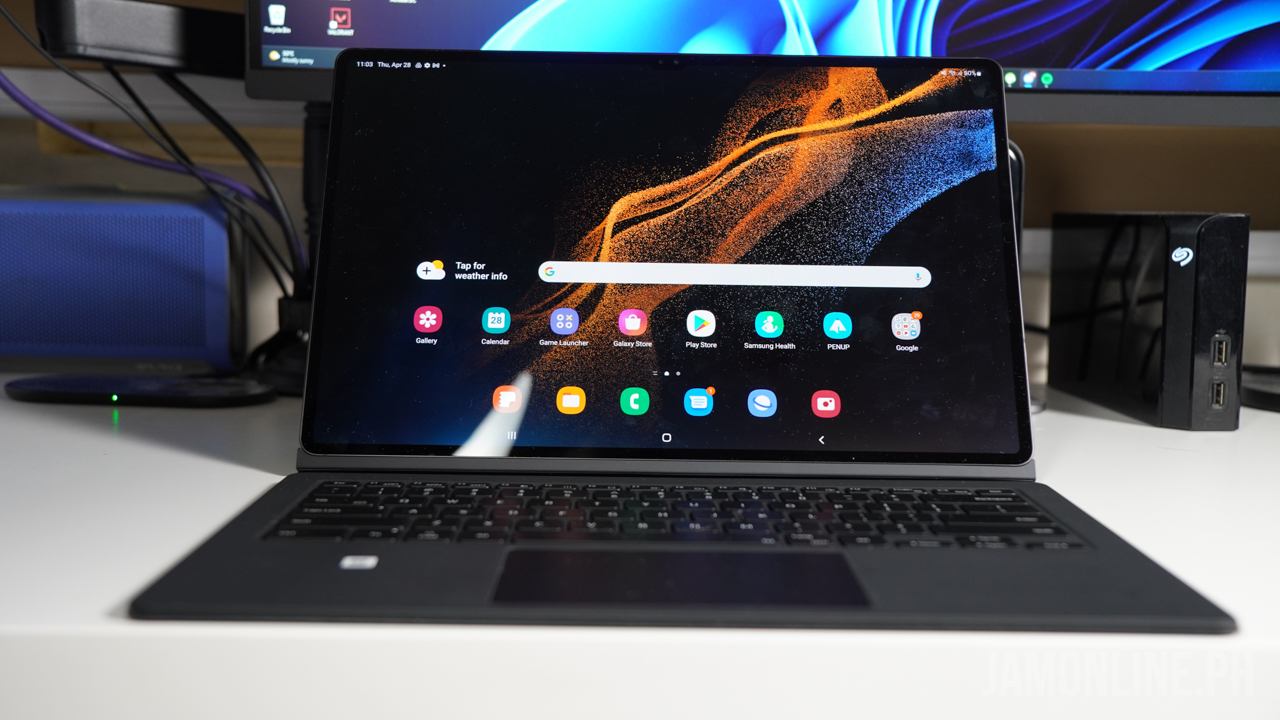 One of the things that makes this Samsung tablet a premium one is its build quality. It combines both the beauty and premium feel of the metal body along with its thin and sleek 5.5mm body but of course, this one is still big as we got here a 14.6” display, a tablet that you can compare to the size of a typical notebook that you have in the market. 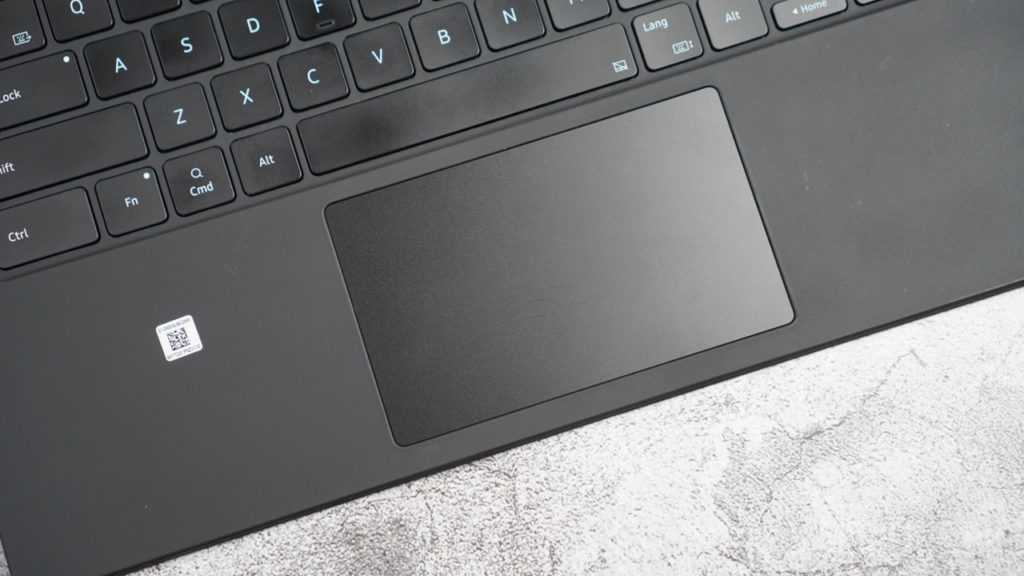 Entertainment is one of the best reasons why you should buy this tablet. Why? Because of its quad-speaker setup. The Samsung Galaxy Tab S8 Ultra has by far, the best speaker that I’ve tried on a tablet and watching movies on Netflix with this tablet is way better with the built-in speaker compared to bluetooth speakers that I have right now. The large display of the tablet is another plus too. 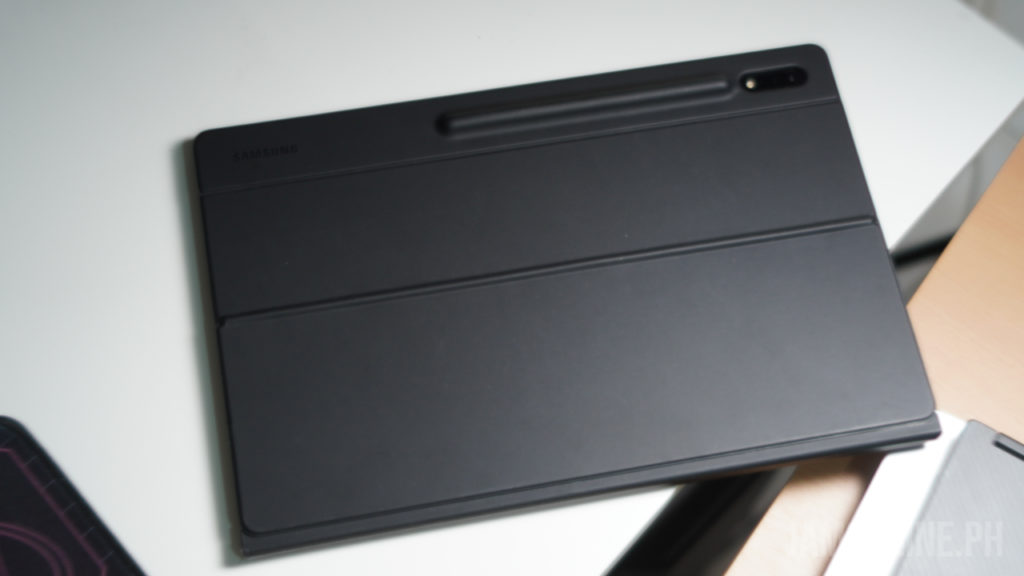 For the ports, yes, there’s no 3.5mm audio jack for your headset or for your speakers but again, the speakers on this one is already enough and syncing my Samsung Galaxy Buds 2 between my Samsung smartphone and the Galaxy Tab S8 Ultra was seamless. There’s a USB-C port on the tablet as well and you can plug in a dongle so you can use an external display and when it comes to charging, the tablet does support up to 45W of fast charging. 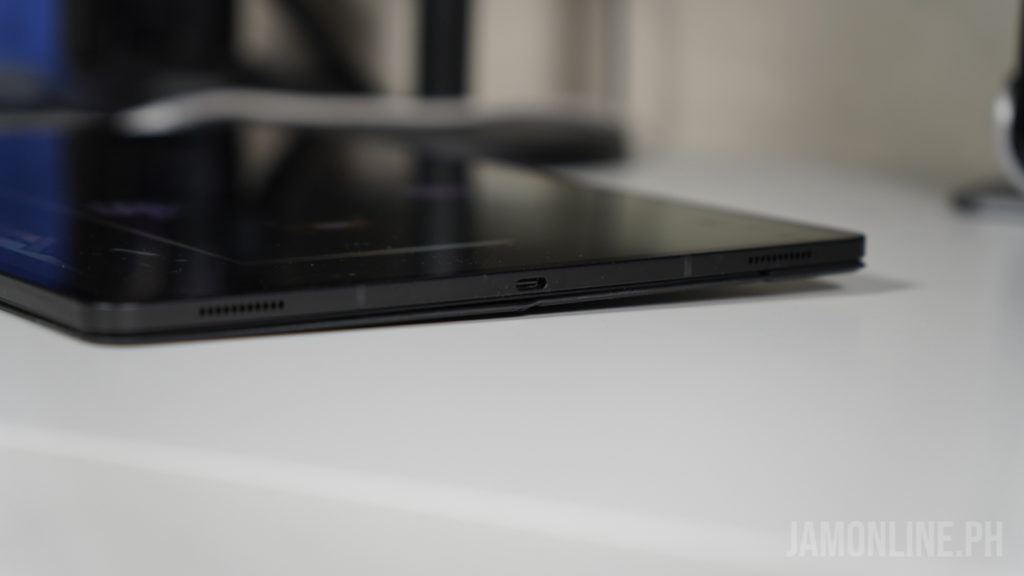 Typing on the keyboard doesn’t have the best travel distance and it does have a soft tactile feel. It took me a while before I got used to it but I do get a lot of errors when typing on the keyboard of this tablet. As for the touchpad, it’s large enough for my usage and it’s very responsive when I’m using it in DeX Mode. 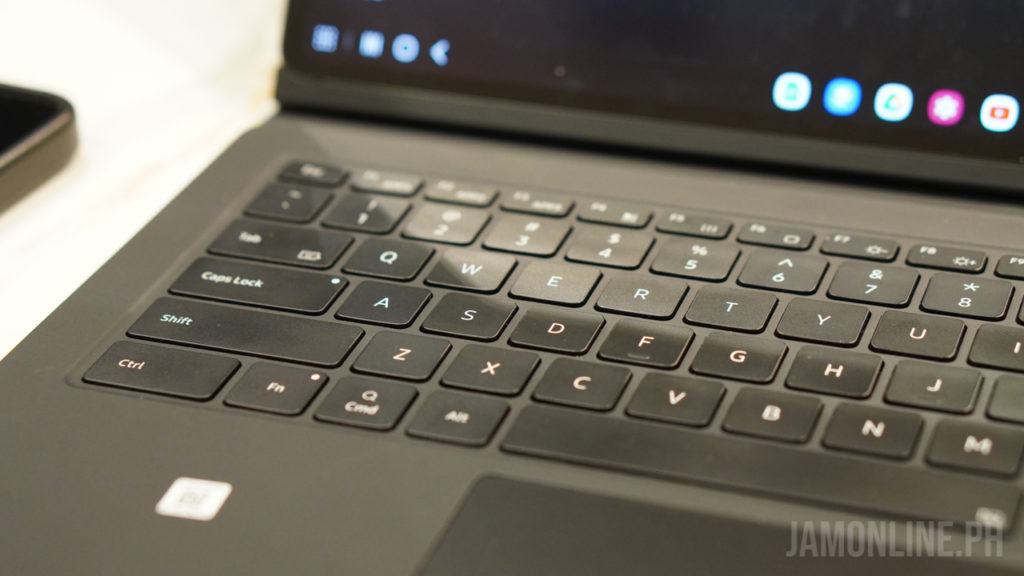 At the top of the display is the notch. It’s smaller than I initially thought and I barely noticed it when I was using it. Surprisingly, the dual 12MP selfie camera of the tablet produces really good quality especially when I was using it for Zoom or Microsoft teams. It’s better than most webcams on laptops in the market right now and combined that with its mic, the Samsung Galaxy Tab S8 Ultra 5G is a good tablet for video calls and conferences. 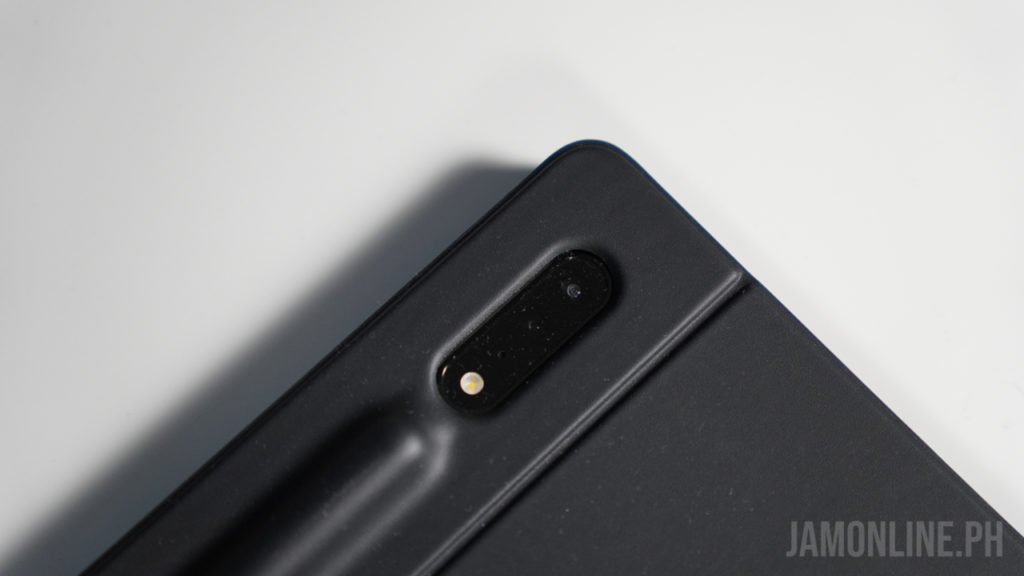 The display of the tablet is large. It’s enormous for a tablet but do I find it reasonable? definitely. It feels more like a Surface Pro competitor rather than an iPad Pro because of the screen size and again, watching movies on the tablet is really enjoyable because of the quality of the Super AMOLED Display and also the colors on this one. Using it in a cafe was great as well as it can produce amazing colors and the display is still bright even when I’m using it outside. Some of you might notice the notch at the top but in my everyday use, I barely notice it. You’ll notice it at first but after a while of using it, you would barely remember that the tablet does come with a notch at the top. And again, the AMOLED display of the tablet is not only gigantic but it’s also gorgeous. Unlike the other tablets out there, this one has the best one in the market when it comes to the display and it’s perfect for its 2-in-1 form factor. Inside the tablet is a Snapdragon 8 Gen1 Processor along with 12GB of RAM and 256GB of internal storage. But of course, the memory variants will depend on the unit that you’re getting. Aside from that, there’s 5G as well and I managed to use my Smart Rocket SIM for this one to take advantage of the unlimited 5G on the tablet. As for the performance, without a doubt, the Samsung Galaxy Tab S8 Ultra 5G performs really well. It might not be the highest performing in terms of numbers but I’m pretty confident that this one will be future-proof for your gaming needs. Playing games such as Apex Legends and Call of Duty Mobile is a piece of cake for this tablet while Genshin Impact can be played without problems as well. We noticed that the tablet does heat up when playing games but it doesn’t overheat that much. This is probably because of the throttling that Samsung uses to protect the hardware.

As for the UI, it comes with OneUI 4.1 inside based on Android 12 and honestly, I still find the default UI of Androids to be unoptimized and too unwieldy for big screen users which is why thankfully, Samsung has included Samsung DeX on the tablet so you can have a desktop-like interface on the tablet. Actually, the Samsung Galaxy Tab S8 Ultra 5G won’t be as fun and as usable as it is when it doesn’t have a Samsung DeX inside. With Samsung DeX, I find the apps more productive and more intuitive to use as I can use multi-window and also open two windows of the same app at the same time. This makes my productivity become better and combined with 5G inside, I can work anywhere with the Samsung Galaxy Tab S8 Ultra 5G. I really didn’t have any problems running anything as well as I was able to run multiple apps at the same time on the tablet. The Samsung Galaxy Tab S8 Ultra 5G is definitely one of the best Android tablets out there. Some of you might not like the size of this tablet but it does make sense after using it with Samsung DeX and after watching a few episodes of Netflix series. The speaker, the display, and the power of the Samsung Galaxy Tab S8 Ultra 5G is something that you would definitely love on this one however, despite everything that we praised on the tablet, there’s one thing that you might not like in here and that’s the price. It’s pricey at Php77,990 but again, this tablet has some unique and premium features that you can only find here.